A law introduced to clamp down on care services fraud in Germany is having little effect, according to media reports. Eastern European organized crime continues to plunder what has become a lucrative revenue source. 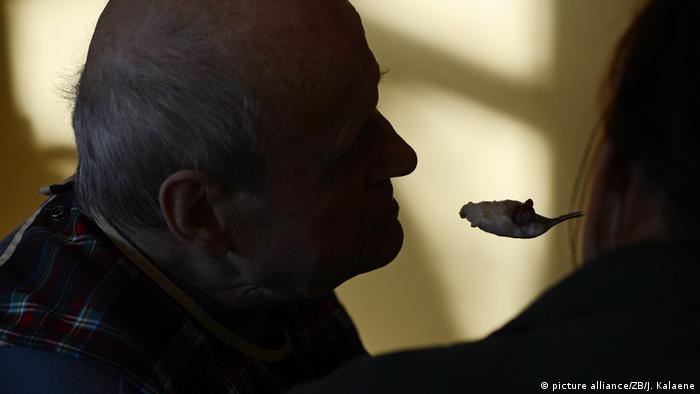 A law introduced some 18 months ago in Germany that was supposed to tackle the lucrative business of care home fraud by organized crime was branded as "largely ineffective" by a joint investigation from the Bavarian public broadcaster BR and Die Welt newspaper late last year.

According to BR, internal reports from the federal police and the state police in North Rhine-Westphalia found that Russian care services in Germany were draining the country's state health insurance companies of €1 billion ($1.2 billion) a year by claiming money for services that had never been provided. Often the companies even pay patients kick-backs to collude in the fraud.

Around 120 health insurance company representatives, state prosecutors, and other investigators met in Berlin in mid-November last year behind closed doors, after which one participant anonymously told BR that there had been "no significant contribution in the fight against organized crime. The actual cause of the legislators' measures has not been solved."

The investigators also discovered that the criminals were now concentrating on intensive care patients — where the most profits are to be made, as health insurers often pay as much as €22,000 a month for such services. 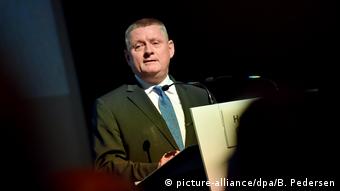 Hermann Gröhe said the right steps had been taken

Better checks — but not good enough

In some cases, care services were found to be forging training qualifications so that their employees could perform outpatient care, and lying about which employees were doing what.

In May last year, German Health Minister Hermann Gröhe championed the new law, claiming, "We have taken the decisive steps: better controls and the possibility of withdrawing permission from care services."

But Rieke Sturzenegger, in-house lawyer for the German patients' protection foundation, believes that the legislators have not done nearly enough to combat the problem.

Though the new law created powers for the insurance companies, "it's very difficult to create effective controls in the outpatient area, and track down care home fraud, because they're very often closed groups that operate — and sometimes it's a closed system of the care services, the carers, and the patients, and it's hard to get into that."

"We think it would be good if there was the possibility for people to submit information anonymously," she said. "Anyone: neighbors, patients, employees. We also think that legislators should create immunity from prosecution for people who report themselves to authorities — that would perhaps create more possibilities to investigate." 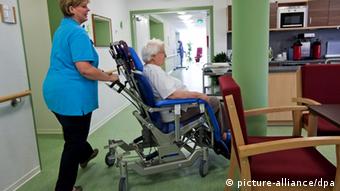 There are certain constitutional issues around patient privacy that make things difficult for investigators. Nonetheless, the patients' protection foundation has some extra suggestions that could guard against care home fraud: chiefly, mandatory electronic timetables to prevent care services from keeping two sets of plans of what services they are providing, as well as a universal patients' registration number for both health insurance and social insurance — a gap that has often allowed services to claim from one company without telling the other.

The pervasive fraud — and the continual calls for tougher laws — has given the whole care services industry a bad reputation in Germany, much to the consternation of Bernd Tews, head of the association of private social care providers (BPA).

"Millions of people in need of care and their relatives experience every day what good work is done by an overwhelming number of services," he told DW in an email. He also went on to argue that the whole story was down to around 230 criminal care services, which had been "uncovered through an extended functioning system of controls."

"But apparently the legal procedures are complicated and the reasoning and conviction in the overburdened state prosecutors unsatisfactory," Tews added.

Speaking to the specialist Ärzte Zeitung, Peter Pick, director of the Medical Advisory Service of the German Association of Health Insurers (MDS), called on doctors to pay more attention to what services exactly were being claimed for their patients. "It would certainly be helpful if doctors looked closely and in suspicious cases asked more questions and offered indications."

German authorities have conducted a series of raids in and around Berlin, targeting patients and nurses suspected of systemic fraud. Dozens were arrested, most of them Russian citizens or ethnic Russians. (21.04.2016)

The German health care system is losing huge amounts of money to billing scams that are being linked to the Russian mafia. And it's a nationwide phenomenon, Germany's federal police warns. (18.04.2016)