The military's computers are attacked from online sources thousands of times each day. To improve defense, the Bundeswehr has now launched its own cyber command. 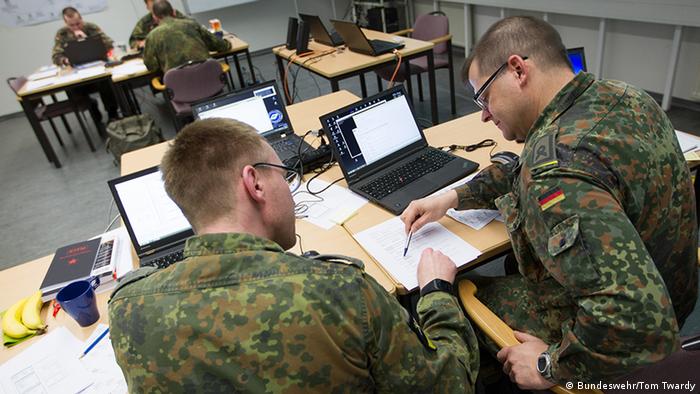 Germany's military, the Bundeswehr, is a high-value target for hackers and foreign spy agencies - not only because of its military secrets, but also due to its IT-supported weapons systems. If hackers were ever to gain control of them, the results could be devastating.

In the first nine weeks of this year alone, the Bundeswehr's network was attacked some 284,000 times. The Bundeswehr has also been affected by targeted disinformation campaigns online. Thus, German Defense Minister Ursula von der Leyen from the ruling Christian Democrats views attacks from cyberspace as, "a growing threat to our security."

Future cyber attacks are to be fended off by the new "Cyber and Information Space Command" (CIR), which will become operational on April 1. The command will have its own independent organizational structure, thus becoming the sixth branch of the German military – on a par with the army, navy, air force, joint medical service and joint support service. Although other countries, such as the USA, set up cyber commands long ago, the Bundeswehr now sees itself "at the international forefront."

Eventually, 13,500 German soldiers and civilian contractors currently dealing with cyber defense from a number of different locations will be brought together under the CIR's roof. The Bundeswehr is also desperately seeking IT specialists in the labor market. It is currently running elaborate advertising campaigns in order to pitch the army as an attractive and modern IT employer – not exactly the Bundeswehr's trademark to date.

Can the Bundeswehr keep up the pace?

In the past, the fast pace of hardware and software innovation has proven incompatible with the protracted tempo of the Bundeswehr's procurement process. IT specialists are in unanimous agreement: the Bundeswehr must become much more flexible in the future. The cyber command's first inspector, Air Force General Ludwig Leinhos, will thus have to ensure what is known as "agility" in the IT sector – the ability to quickly adjust to changes.

Leinhos is familiar with the task: he is a cyber warfare specialist and was responsible for "Cyber Defense" at NATO's Brussels headquarters until early 2016. But a team is only as good as its personnel. The Bundeswehr is therefore counting on bringing in people from the private sector and other branches of its military, as well as those studying at the army's Bundeswehr University in Munich – where it has founded a "Cyber Cluster." The Bundeswehr also wants to work with IT branch start-ups and has initiated a so-called "Cyber Innovation Hub." The hub allows young IT entrepreneurs from Berlin to get in contact with the Bundeswehr. 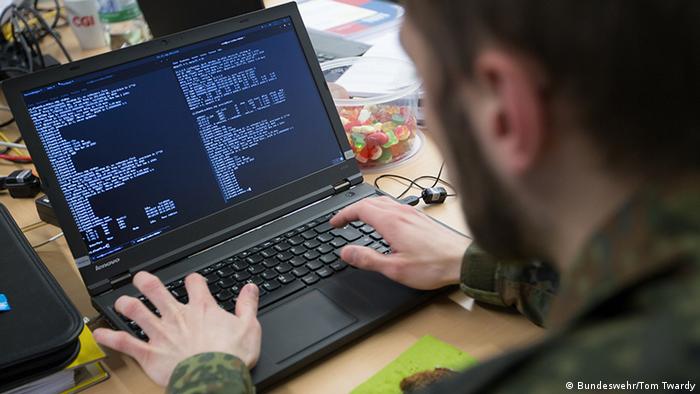 On April 5, Defense Minister Ursula von der Leyen will assemble the new cyber command for a celebratory installation in Bonn - initially the unit will consist of 260 members, who will, nevertheless, have to wait for their new building be completed before being able to move in for good. The unit is to be at full strength, and the Bundeswehr completely capable of comprehensive defense in cyberspace, by 2021.