German and US NGO workers acquitted in Egypt

The Konrad Adenauer Foundation has ended its seven-year legal battle in Cairo. While Egypt has begun rehabilitating social charities, human rights and pro-democracy groups are still under draconian restrictions. 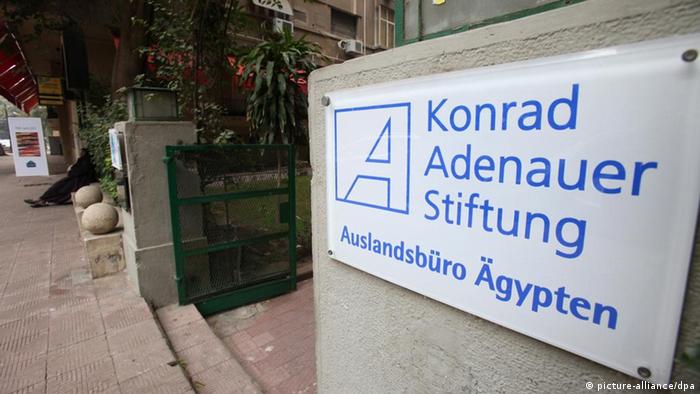 Egypt acquitted at least 40 people, including several German and US nationals. of illegally obtaining funding for their NGOs. One of the affected organizations was the Konrad Adenauer Foundation, the charitable arm of Chancellor Angela Merkel's Christian Democrats (CDU).

"This verdict ends a years-long dispute that weighed on our relations with Egypt," said Germany's Foreign Ministry in a statement. They added that the foundation has been completely "rehabilitated" and is once again up and running in Cairo.

Reports on the case on Thursday offered contradictory information on whether all 43 of those originally convicted had been pardoned, with some news agencies saying only 40 had been acquitted.

The ruling ends a seven-year-long legal battlethat began with the 2011 revolution that saw strongman Hosni Mubarak ousted from power. In the unrest that followed,  Egyptian authorities had claimed that organizations like Konrad Adenauer Foundation and the US-based Freedom House were receiving illicit funds both from inside and outside Egypt.

Several employees of both groups were even sentenced to years-long jail terms. The case ran through Mubarak's resignation early in the so-called Arab Spring, the presidency of Muslim Brotherhood leader Mohammed Morsi, and then the military government that ousted Morsi led by Abdel Fattah El-Sissi. El-Sissi later gave up his spot as the country's top general and won a 2014 election.

Amnesty International said that while the acquittals were a step in the right direction, "the key test now will be whether today's court decision paves the way for an end to the persecution of all human rights defenders in the country."

Egyptian President Abdel Fattah El-Sissi has ordered a revision of some of the draconian restrictions placed on civil society groups. His proposal would alleviate some of the repressive measures placed on medical, housing and social charities, but would leave the restrictions on pro-democracy and human rights groups relatively unchanged.