'Absurd' sentences in Cairo for Germans

Two German employees of the Konrad Adenauer Foundation’s Cairo office were sentenced to five and two years in prison. The organization’s head, Hans-Gert Pöttering, told DW what’s next for the foundation and its staff. 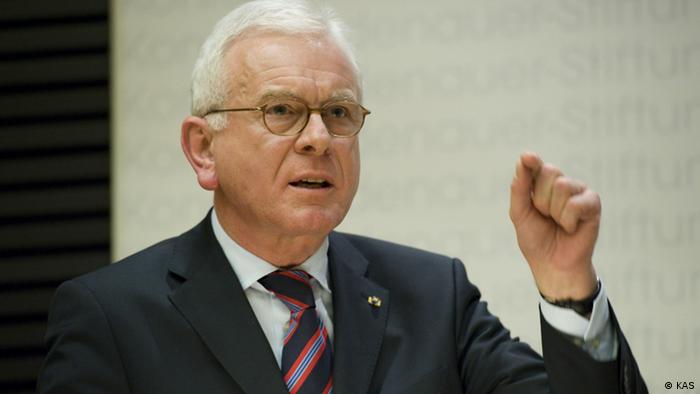 DW: Did the sentence surprise you?

Hans-Gert Pöttering: Yes, its harshness surprised us. We are appalled and concerned, especially for both of our employees. But it is also a serious blow to civil society and the rule of law in Egypt.

What has been your overall impression of the trial?

The process has not been in accordance with the rule of law. Over the course of the trial, we noticed that the accusations made against our employees and our office in Cairo were absurd. The good work we do - and have done for 30 years and which is contractually covered by agreements with the government - did not make any impression on the court. We are shocked by what we've experienced today in Cairo.

There has been a cultural agreement between Germany and Egypt. That does not seem to have played a role in how the court proceeded.

Which is exactly why the sentences are so absurd. The court ordered the closure of our office in Cairo and a few months ago the Egyptian government gave its approval for the Konrad Adenauer Foundation to operate as a part of the Egyptian-German cultural framework. It doesn't make sense. The court decided one way and the government the other. It all shows that the rule of law does not exist in Egypt. 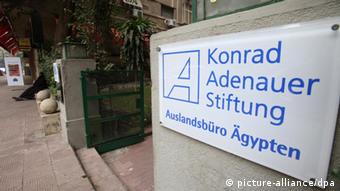 What will the Konrad Adenauer Foundation do now?

We are currently evaluating our options and what we can politically and legally do. I would like to express my thanks to the German government. Foreign Minister Guido Westerwelle reacted very quickly and issued a statement. We are in contact with the Chancellery. Other foundations have also shown their solidarity with the Konrad Adenauer Foundation. We have met with much approval and solidarity, but as important as that is, unfortunately, it does not help our employee who is now in Berlin and her two daughters and her Egyptian husband in Cairo. Under these circumstances she, of course, cannot return to Cairo.

So your employees who are currently in Germany will not serve their sentences?

The head of our office, Andreas Jacobs, has been back in Germany with his family for some time. The other employee returned to Germany before the judgment was announced to be sure she would not go to prison if so sentenced. Still, both she and the rest of us are surprised by the length of the sentence. It is absolutely absurd and completely unacceptable.

Egypt not following the rule of law

Could the ruling in Cairo have an effect on your work in other countries?

I hope not, but we will have to wait and see. We, as the Konrad Adenauer Foundation, find that the development of a civil society - particularly in Arab and Islamic states - is very meaningful. I can only hope that the bad example in Egypt will not be copied in other nations in the Arab world where we are represented.

Hans-Gert Pöttering has been chairman of the Konrad Adenauer Foundation since 2009. The non-government organization is affiliated with Germany´s Christian Democratic Union (CDU) and promotes political education in Germany and around the world. From 2007 to 2009, Pöttering served as president of the European Parliament.

An Egyptian court has sentenced at least 15 US citizens in absentia to five years in jail and forced the closure of foreign NGOs. Among the NGOs affected is Germany's Konrad Adenauer Foundation. (04.06.2013)

One month ago, German political foundations were searched by Russian public prosecution, triggering a wave of criticism in Berlin. The foundations haven't had any problems since, but they're worried for their partners. (25.04.2013)

Idealistic young Egyptian gets paid back with trial

Eager to help her country's transition after the revolution, a young Egyptian lawyer went to work promoting democracy. Now she finds herself on trial. (28.01.2013)