A German aid worker has been kidnapped in western Niger near the Mali border. Extremists are believed to be responsible for the kidnapping, according to local media. 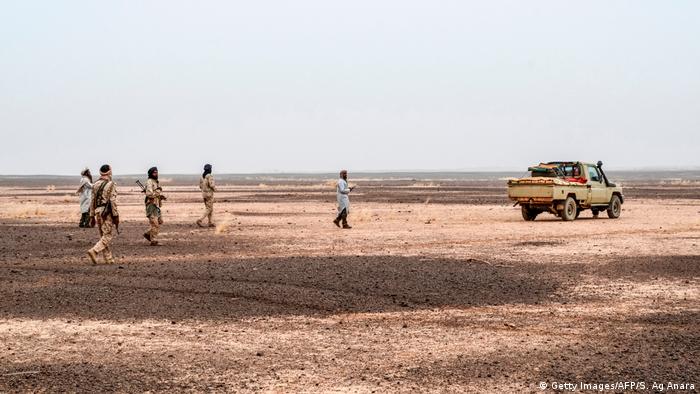 A German aid worker was kidnapped in western Niger near the town of Ayorou on Wednesday, according to several reports.

An official confirmed to AFP news agency local reporters that a worker from the non-governmental organization, 'Help' had been kidnapped.

"There was a kidnapping of a German national around 30 kilometers (18 miles) from Ayorou as he returned from a visit to the north of the area," Jando Rhichi Algaher told AFP.

The official said the aid worker and his colleagues were "intercepted by armed individuals on four motorbikes" while making their return trip.

Online news outlet ActuNiger reported that Islamists were believed to be responsible for the kidnapping and that the assailants set fire to vehicles before escaping with the aid worker.

Ayorou is part of the Tillaberi region of Niger, around 200 kilometers northwest of the country's capital of Niamey. Tillaberi has become increasingly unstable after numerous deadly attacks attributed to jihadist groups, who have targeted army positions and refugee camps.

Germany has a military support base in the region as part of the UN Military Mission (Minsuma), which combats jihadists in Mali and Niger. France has deployed around 4,000 soldiers to combat Islamist insurgents in the Sahel region on the southern edge of the Sahara desert.