Drivers who leave their cars improperly parked in Germany might find them marked with a yellow card or some spray-can cream. Two German NGOs have launched a campaign to unblock cluttered streets and bike paths. 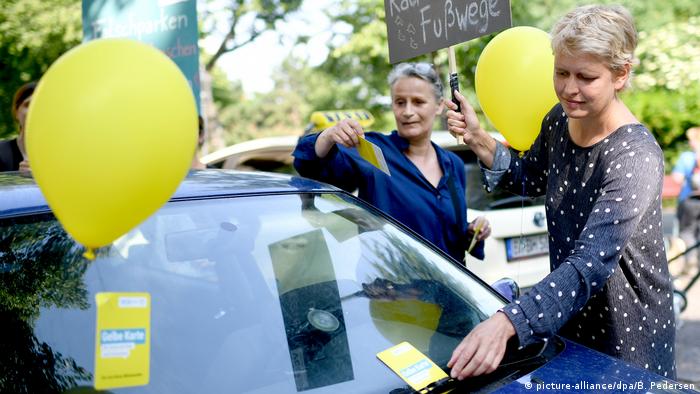 By placing traffic cones along a bike path in Berlin on Monday, members of the eco-transport club VCD and the "Clevere Städte" (Clever Cities) movement started a week-long initiative to shame drivers who block pavements or bicycle lanes with their parked cars. Activists also attached yellow balloons and yellow cards to offending vehicles.

The two NGOs urged citizens to join the initiative and announced campaigns in other German cities, including Hamburg, Cologne, Hanover, and Bonn. The activists say non-drivers are risking their lives while navigating cluttered streets.

"Inconsiderate parking causes serious danger for other participants in traffic, and many drivers are unaware of it," said VCD-chief Wasilis von Rauch. "Traffic becomes confusing and unsafe, and the danger of accidents grows for pedestrians and bicycle riders."

A street in the Berlin district of Neukölln which the activists marked off on Monday serves as an example of this negligence, they said. A recently opened bicycle lane is often blocked off by cars, forcing the cyclists back into the traffic. 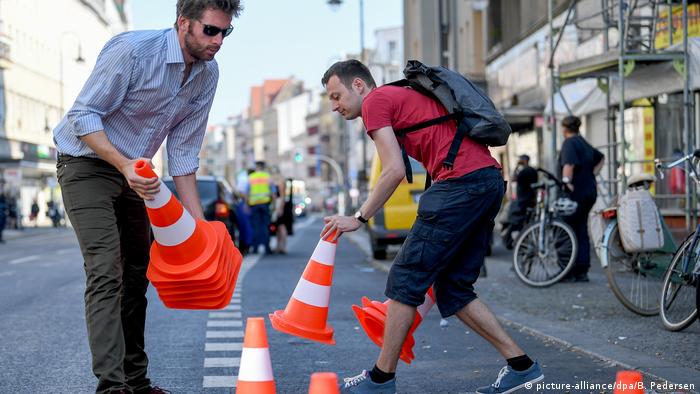 Over seven days, citizens are encouraged to mark the offending vehicles with yellow cards or use cans of whipped cream to retrace road markings on cars. Activists also recommend talking to offenders, and calling the police in more serious cases.

Ultimately, the VCD and the "Clevere Städte" hope to see authorities raise parking fines, which currently range between €15 and €35 ($17 to $40).

"Only when it really hurts their wallets, when they face paying €100 or more, this minority (of drivers) will change their egoistic behavior," said "Clevere Städte" head Heinrich Strössenreuther.

While the federal authorities did not immediately respond to the ongoing campaign, the initiative comes some six weeks after traffic ministers of German states demanded that improper parking be "severely sanctioned."