Gerd Müller: "For us, Africa is the continent of opportunities"

German Development Minister Gerd Müller has told DW that Africa will remain a main focus of German development cooperation. He would also like to get German businesses to take a stronger interest in the continent. 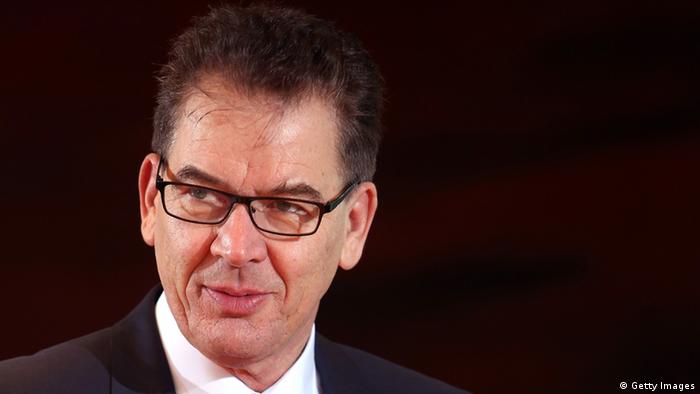 DW: You have announced that you will make Africa one of your "focal points." You have also said German business has not jumped at the opportunities offered. In very practical terms, how will you marry a more traditional development policy, with a focus on food security, with private sector involvement? Can you give an example - possibly from Ethiopia after your talks there?

Gerd Müller: For us, Africa is the continent of opportunities, and we have to get the point across in Germany and Europe that this continent, which is 100 times bigger than Germany, is enormously dynamic. The population will double in the next 30 to 50 years. We have to communicate that, not only for this reason but also as a result of traditionally good ties, we will continue to work with Africa as a main focus in the future.

Traditional development cooperation and private sector involvement are not incompatible. We will uphold our considerable commitment at state level, but we will also encourage German businesses to take a stronger interest in investing in Africa.

Within the framework of a PPP project [public-private partnership project], my ministry is participating in establishing a processing industry for bamboo in Ethiopia. This is a very concrete example of a successful public-private partnership. In this case, four private companies have started a strategic alliance to get the Ethiopian bamboo value chain ready for export production. The project will enable the 2,000 participating small farmers and their families to become part of a functioning supply chain, thereby boosting their income, also in the long run.

This is a model for how we aim to use more private capital together with public investments in the future, particularly for agricultural development and the strengthening of rural areas, in order to unlock Africa's agricultural potential. Africa is capable of feeding itself - if it has the required know-how, equipment, schooling and vocational training.

Africa all of a sudden finds itself at the center of debate in Germany - with the foreign ministry, the defense ministry and your own cooperation ministry involved. Will this attention be streamlined in an attempt to draw up a proper, encompassing Africa policy at long last? There have been several attempts in the past, but many experts argue nothing much has come of it - while China and India are engaging in a new scramble for Africa.

The African continent is the principle focal point of cooperation for Germany and the European Union. In early April (02.04.2014), the next EU-Africa summit will take place in Brussels. Moreover, the German government adopted an Africa strategy two years ago.

In the next few months, the ministry of development will work out in concrete detail development policy priorities. We intend to expand our activities aimed at strengthening agricultural productivity. We want to increase support for professional training with so-called lighthouse projects, but we also would like to boost support for partnerships between German and African universities. Beyond that, a special accent must be placed on the exchange of know-how and a transfer of technology, especially in the green economy, the environmental technology sector. It is good that Africa and the African Union are developing a common position on the development of the Millennium Goals and the post-Rio process and also meeting their responsibility with respect to climate policy.

Germany is a strategic partner of the African Union's security architecture, providing support in capacity building, especially to the all-important Peace and Security Council of the continental body. While the African Union has become more effective in providing "African solutions to African problems," it remains desperately cash-strapped and politically divided on a number of important issues. For example, the much-debated African Standby Force (ASF) is still not ready to be deployed, despite the urgent need in flash points like CAR and others. How will your ministry contribute to making the African Union more effective?

We will continue to regard the African Union as our central contact partner, and we will also focus on issues of economic integration and cooperation as well as the topic of good governance.

Helping people, doing good: Those who go into aid work tend to want to make the world a better place. But the job of aid worker is changing, creating an increased demand for consultants with university degrees. (10.02.2014)

Europe is the biggest spender on development aid worldwide but its policies are often inefficient, a recent study found. New coordinated development aid programs are aimed at cutting bureaucracy and costs. (03.02.2014)