Half a million women and girls in Europe suffer from the consequences of Female Genital Mutilation. Unlike France, Germany does not specifically outlaw FGM in its penal code. Activitsts are working for change. 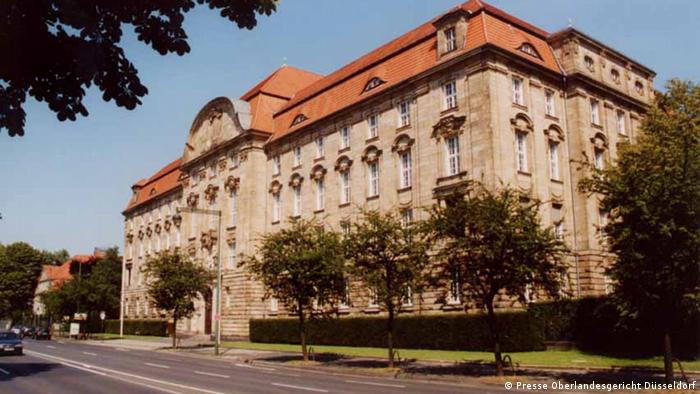 Jawahir Cumar comes from Somalia. Like many young Somali women, she was circumcised as a child. She wanted to ensure that other girls were spared this painful experience so she founded her own society "Stop Mutilation – Stop Female Genital Mutilation" in Düsseldorf in 1996.

Many young women and girls, who suffer from medical complications caused by what is euphemistically referred to as female circumcision, are often too terrified to go and see a doctor. Cultural taboos are often the reason for this.

Those who do venture as far as the doctor's surgery can end up paying for treatment themselves. Cumar said German health insurers often refuse to reimburse victims for the costs of a hospital operation. "These women were mutilated at the age of three or four," she explained. "At the age of 35, they want to have their genitals reopened and have to listen to the same question over and over again: 'Why do you want this done. They were always that way, where's the problem?' Many think it's just cosmetic surgery, but the reverse is true, this is a very important operation."

There are various forms of female circumcision in which the genitals are partly or completely removed. The entrance to the vagina is constricted by sewing it up. The operation is often performed with dirty instruments and without an anesthetic. Medical complications include infections, a lifetime of pain, and cysts. 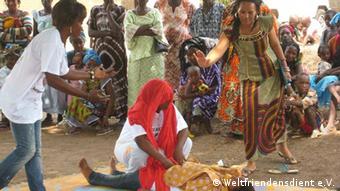 As well as the women here in Germany who were subjected to this painful ritual in their youth, there are also thousands of young girls in the country who are at risk and could be forced to undergo female genital mutilation at a later date.

For many African parents, circumcision belongs to the traditions of their home country which they continue to follow long after they have emigrated. Either they have the operation performed illegally here in Germany, or back home. Dirk Wüstenberg is a German lawyer. He said that if these children are be protected effectively from harm, both in Germany and elsewhere, then German law needs to be clarified and toughened.

"The penalty handed down by the courts at the moment is the same as it was decades ago, it's never more than 10 years in prison," he explained. "It's regarded as grievous bodily harm and normally carries a penalty of three to four years for first time offenders, for the parents, that is. Those who perform the operation can expect about eight years." 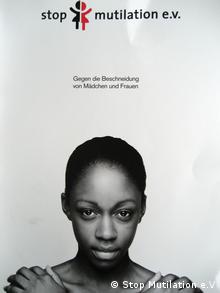 Wüstenberg says the German parliament is currently discussing stiffer penalties. Across the border in France, parents who expose their daughters to genital mutilation can be sent to prison for between 10 and 30 years.

Nama Camara is a social worker who comes from Mali. She lives in France, where, she said, the topic has been on the agenda for some time.

"It took time for France to understand what was happening and for us to arrive at our present position. If Germany and the Netherlands were to draw on our experiences, they could move ahead more quickly," she added.

In Germany, doctors are bound by rules of patient confidentiality which prevent them from contacting prosecutors or the police. Dr Christop Zerm is a gynaecologist who counsels women seeking assistance from the "Stop Mutilation" society.

"If I hear of a crime of this sort which is about to be committed, I try to find ways of stopping it from happening," he said.

This doesn't necessarily mean reporting the matter to the local police. Youth welfare and health authorities can exert influence on the parents in time so that the child is protected.

Camara told the Düsseldorf meeting that the rate of female genital mutilation is decreasing, not only in France, but in her home country, Mali, and in West Africa generally, as well.

In Germany, a draft law for the protection of girls could act as a deterrent, if enacted. It would enable medical professionals to report suspicious cases to the police. Until that legislation makes it to the statute book, the women from "Stop Mutilation" will continue to try and raise public awareness until the ancient ritual of genital mutilation is finally eradicated. The discussions in Düsseldorf are going to be condensed into guidelines for teachers in Germany's schools. It will be a small step forward.

Each year, 6,500 girls in central London could undergo female genital mutilation. Now the city hopes to curb the practice by raising awareness through the integration of FGM education in secondary school curriculum. (23.11.2011)

Female circumsion isn't just a problem in African countries. In Germany, as many as 6,000 girls of African origin are also threatened by the gruesome ritual. (04.05.2004)