Supporters and critics of a genetically modified rice variety have been at odds for years. Supporters argue it can save lives, while critics say it is little more than businesses looking to profit in developing markets. 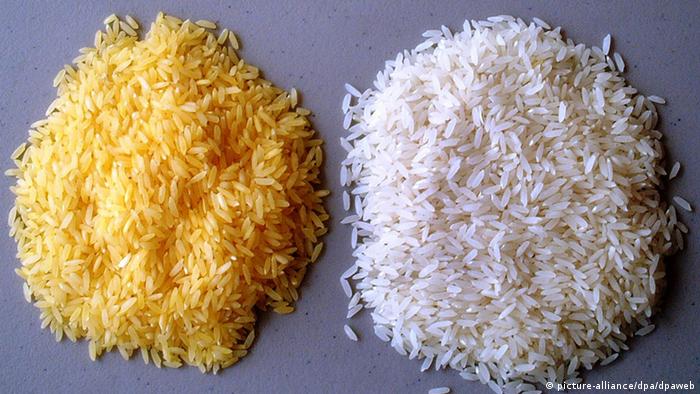 Biologists Peter Beyer and Ingo Potrykus succeeded in developing a new type of rice named Golden Rice (pictured above on the left) some 15 years ago. The two scientists genetically modified the rice to produce and accumulate provitamin A - or beta carotene - which the human body then converts into vitamin A.

Beyer, Potrykus and other supporters of the rice argue their staple food can save lives - especially the lives of many children who might go blind from vitamin A deficiencies or die from infectious diseases such as measles.

Vitamin A deficiency is a huge problem that is widely unknown to people in developed countries. According to estimates of the World Health Organization (WHO), some 250 million young children suffer from the vitamin deficiency. Every year, about 250,000 to 500,000 children go blind due to malnutrition, with half of them dying within a year after going blind.

Children in poor African and Southeast Asian countries are among the most affected. Maternal mortality figures are also high in countries in these regions.

But the genetically modified rice is still not available on the market and has numerous critics. The rice prototype has to pass a number of tests to receive approval - and this might take a while. It takes years to optimize the prototype, which then is tested on outdoor fields. Finally, the rice has to pass the regulatory process, which takes into account all data that has been collected in trials.

But delays are also caused by the massive resistance to the project. In summer of 2013, activists destroyed fields in the Philippines where the scientists were carrying out trials. Critics of the project say they highly doubt Golden Rice can solve the problem of vitamin A deficiency. They also said they believe the rice is simply a PR stunt orchestrated by the biotech industry that wants to take root in developing countries under the pretence of benevolence.

The Golden Rice is supposed to help them come across as benefactors, according to Thilo Bode, who founded Germany-based consumer organization Foodwatch. 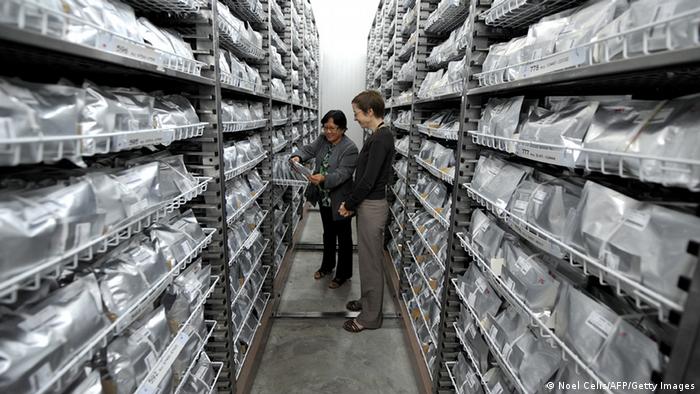 It's a claim British journalist Mark Lynas has often heard when it comes to genetic engineering. Lynas, who used to oppose that technique as well, is convinced of the Golden Rice's advantages.

"There are a lot of conspiracy theories," he said. "It is always the case with the GMO [genetically modified organism] debate - the opponents always try to show that there is some evil industry plot. The reality with Golden Rice is that it is a publicly owned and publicly funded project."

But the project wouldn't work without at least some industry support. At an early stage, Beyer and Potrykus brought in agro-chemical and seed specialist Syngenta which also owns the patent on Golden Rice. According to the Golden Rice Humanitarian Board's website, Syngenta no longer has a commercial interest.

"The technology has been donated by the inventors and Syngenta to the resource-poor-farmers of developing countries," the website states. "Golden Rice is being introduced into publicly owned rice varieties via national and international public sector research institutions, to be made available by government institutions, free of charge, to resource-poor farmers."

Beyer and Potrykus are also part of the Golden Rice Humanitarian Board.

Taking pills instead of eating rice?

However, critics have also said the project failed to prove whether the human body can actually make sufficient use of provitamin A from this type of rice. They also ask whether this rice still contains the vitamin after it has been stored for an extended period of time. 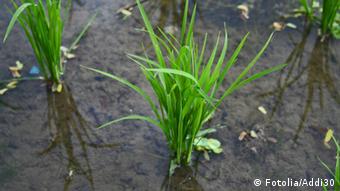 Rice is a staple food in many developing countries

Foodwatch's Bode also said he wondered how to ensure that the rice makes its way to the people who need it most.

"The rice is going to be brokered by private dealers," he said. "In the Philippines, there are many rice varieties that have a yellowish color as well. How does one make sure it's actually 'Golden Rice' that's sold?"

For now, WHO helps fight vitamin A deficiencies by distributing pills or foodstuff enriched with the vitamin. That's something Bode said he thinks will work because it will directly reach those suffering from a deficiency. "Distribution is organized by health centers or social workers and isn't left to private dealers," he said.

Beyer on the other hand argued that these measures haven't helped solve the problem.

If and when the Golden Rice variety can be grown is still up in the air. First of all, it needs to be approved by the regulatory authorities. Beyer said he is hopeful that the rice will get the necessary approval this year once he has handed in the proper papers.

Guatemala has one of the world’s highest levels of chronic malnutrition in the world. The government has responded with an ambitious zero-hunger strategy but entrenched inequality and poverty are complicating the fight. (18.10.2013)

Fighting malnutrition with the help of vitamins

Staples like wheat and rice are not sufficient in fighting malnutrition since staples don't contain all the minerals and vitamins people need to be healthy, says the World Vegetable Center's Dyno Keatinge. (22.02.2013)