Fighting malnutrition with the help of vitamins

Staples like wheat and rice are not sufficient in fighting malnutrition since staples don't contain all the minerals and vitamins people need to be healthy, says the World Vegetable Center's Dyno Keatinge. 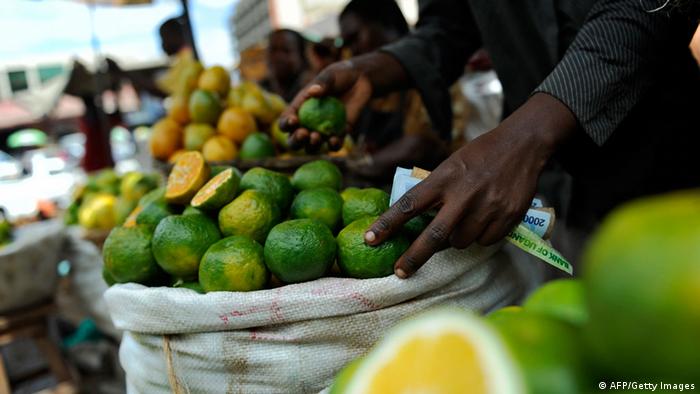 Dyno Keatinge: Vegetable growing, vegetable selling, vegetable marketing is women's business in the developing world. And therefore anything we can do to help women improves women's health and improves women's empowerment. These are also important millennium development goals. And at the same time it helps with things like preventing child mortality. So much of what we do contributes in fact to all eight millennium goals.

But a lot of people in the world, almost a billion, are really hungry at the moment. So wouldn't vegetables for them be something that's more of a luxury because they can't even afford rice?

Well, if you are so poor that you can't afford rice, then things are very, very bad indeed. But men can not live by bread alone nor can they live with rice alone. You absolutely have to have these vital minerals and nutrients and vitamins in order to remain healthy. So for much of Sub-Saharan Africa the problem of malnutrition is vitamin A deficiency, iron deficiency, zinc deficiency. And much of the supply of these things comes through your fruit and vegetables. If you don't eat them, you will be unwell. 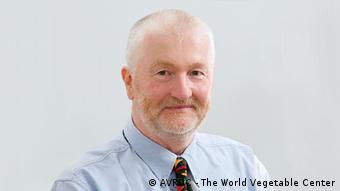 It's best if people grow their own vegetables in order to combat malnutrition, says Keatinge

The World Vegetable Center has an interesting project that encourages people to grow those kinds of vegetables themselves. How does this the small garden or community garden project work?

We believe that one of the best ways to combat malnutrition and the alleviation of poverty is to get people to grow their own vegetables in their own gardens. This doesn't require a huge amount of land. In fact, if you have a six by six meter plot of vegetables, you can feed a family of four with pretty well all the vitamin and mineral nutrition you require over a year. That's not giving you the protein or the carbohydrates you need as well but as an addition to the diet it's very, very critical. In addition to those things, there is an important element of social cohesion. People grow them in communities feel supportive, valued, empowered.

You mentioned that you need a plot of land to grow, even if it's a little garden. But what do all these urban dwellers do with no access to land? Is there any chance for them?

I don't believe that there is no access to land in urban environment. In fact there are plenty of areas within urban environment, particularly developing ones, where people can have access to - maybe not for lifetimes, but for one or two seasons you can grow vegetable plots. And if you don't have that, then you can grow it in pots on your roof or veranda, wherever. We see in shanty towns people growing vegetable gardens in sacks - a whole range of different things. So, as long as you're inventive you can grow vegetables. 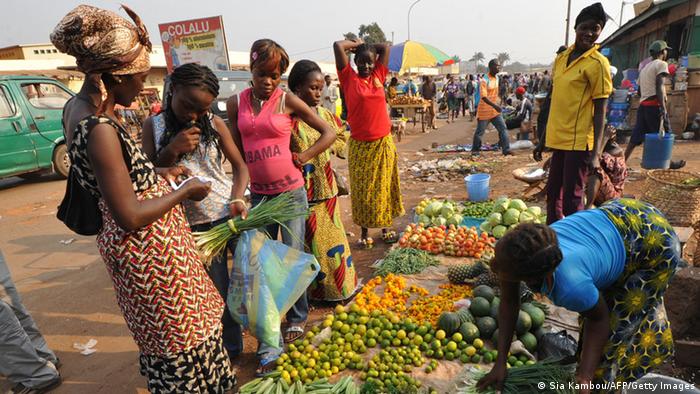 Those gardens could help improve food security but we can't really talk about food security unless we also talk about the changing climate. What are you doing to produce vegetables that aren't as sensitive to salt, drought or high temperatures?

We are indeed facing the issue of temperature increases, more unpredictable rainfall amounts which causes flooding which is a major problem for vegetables and problems of salinity. So in the case of salinity we're working with the international bio-saline agriculture center in Dubai, screening different vegetables for their response to salt. And we have now some tomatoes and eggplants that appear to be more salt-tolerant than some of the others.

In terms of flooding, which is a major constraint for us, we found that if you can graft eggplant rootstocks onto tomato scions, tomato tops, you can make them much more resistant to soil-borne diseases and to issues of excess water. We are now in the process of testing a new rain shelter in Bangladesh, for example, which allows people to grow tomatoes during the rainy season whereas before it was impossible.

When talking about breeding and improving the species it appears to be the case that so far agricultural research and investment focuses on carbohydrate-rich crops like rice, wheat and maize to a much larger extent than to vegetables. How can more funds be directed at getting more micronutrients into the vegetables that people eat and to improve vegetables?

Whenever people talk about food security, particularly politicians, they are interested in maize, wheat and rice, and I would prefer to say food and nutritional security because of that particular issue. It is clear that the funding for agricultural research is heavily biased towards those three major crops, maybe five major crops if you like. But if you accept the fact that we have now far more malnourished people than we have hungry people, perhaps the old distribution of funding does not make sense anymore. So I am deeply envious of my colleague director general, who said at the rice research institute they have a budget probably exceeding $100 million (76 million euros) a year and I have $15 million (11 million euros). If we accept this thesis that you need to be not only fed but healthily fed, nourished as well as fed, then you have to essentially do the research on these other crops as well.

Dr. Dyno Keatinge is the Director General of the World Vegetable Center in Taiwan. The center carries out research and has a gene bank for vegetable seeds from all over the world.

Rights organizations have expressed concern over rising food insecurity in Pakistan and the consequences for the country's citizens, particularly those living near or below the poverty line. (16.10.2012)

Listen to the long version of the interview here