A group of women in Malawi say Electoral Commission head Jane Ansah is being targeted because of her gender for her part in May's disputed election. Other women say they are playing the gender card. 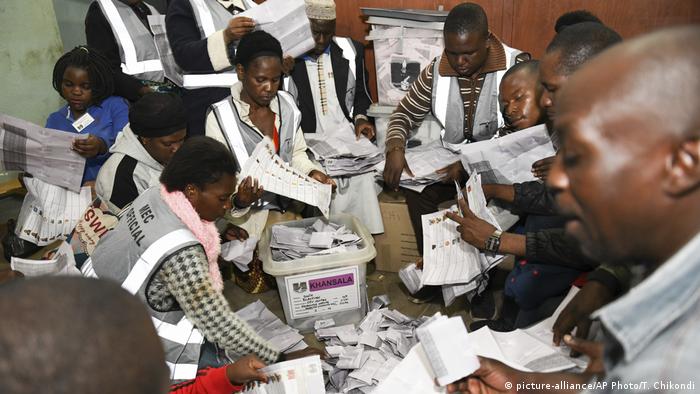 Two women's groups in Malawi have expressed concern with issues of gender discrimination in light of calls for the Malawi Electoral Commission (MEC) chairperson, Jane Ansah, to resign.

Ansah has been criticized for mishandling of the election results released on May 27. She declared incumbent President Peter Mutharika the winner, much to the chagrin of the opposition who disputed the official results.

However, both groups have opposite viewpoints on the dispute, sparking a wider discussion on the issues of female empowerment and representation of women in politics in Malawi.

The so-called Forum for Concerned Women claims Ansah has been targeted unfairly based on her gender. Members took part in a solidarity demonstration on the streets of Blantyre on Wednesday.

Meanwhile, another group, which calls itself Women of Substance, says Ansah should be held accountable for her actions, regardless of her gender. 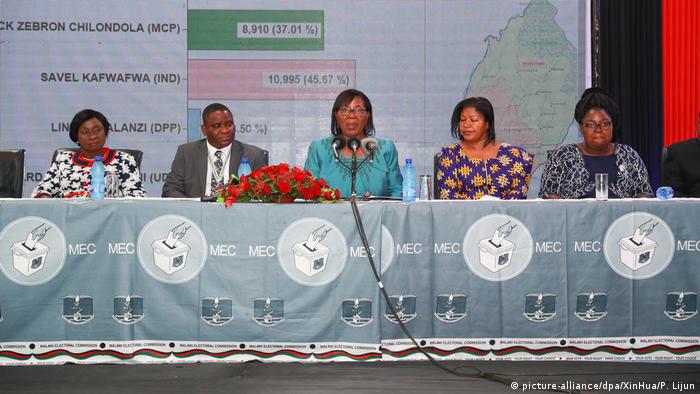 What's gender got to do with it?

Gender activist Seodi White, who is also the head of the Forum for Concerned Women, claims that any attack against Ansah is an attack on all women in Malawi.

However, Beatrice Mateyu from Women of Substance believes that stance is misguided.

"We appreciate that it is important to have women in leadership positions," she told DW. "But women should not be allowed to go and not face the law just because they are women. We should not apply double standards.”

While the allegations against Ansah are being assessed in court, Malawians have continued to protest across the country since the election results were announced, calling for Ansah's resignation. President Mutharika has dismissed the claims, saying the protesters only want to turn Malawi into a "lawless state."

Mateyu thinks the Forum for Concerned Women should focus more on providing concrete reasons for any perceived injustice against Ansah.

"If they thought that Jane Ansah needed to be vindicated, they should have brought forth reasons," she told DW. "So far, what I have seen is they haven't given any satisfactory reasons, apart from crying and bringing forward the gender card. We have seen women being beaten in full view of other people. Why couldn't they cry for those women? If they want to advance the gender agenda, then they should be uniform and not selective."

Social media users in Malawi were quick to criticize the Forum for Concerned Women, particularly in light of allegations that members of the group were paid to cry at a press conference on Tuesday.

A video showing gender activist White in tears alongside the Minister of Gender, Mary Navitcha, while calling on Malawi women to support Ansah, has been shared widely.

Many ordinary Malawians are also adamant that the calls for Jane Ansah to resign have nothing to do with her gender and everything to do with the mishandling of the election.

"[Jane Ansah] has to resign because she never handled the elections well," Malawi resident Gift Banda told DW. "It has nothing to do with gender. Even if it were a man handling this election, that man should also resign."

Another woman told DW she suspected that some of the women demonstrating with the Forum for Concerned Women were coerced into doing so.

"The elections had a lot of irregularities and that is because of [Jane Ansah]," she said. "I think the women who are demonstrating in Blantyre are just being used. They don't even know who Jane Ansah is." 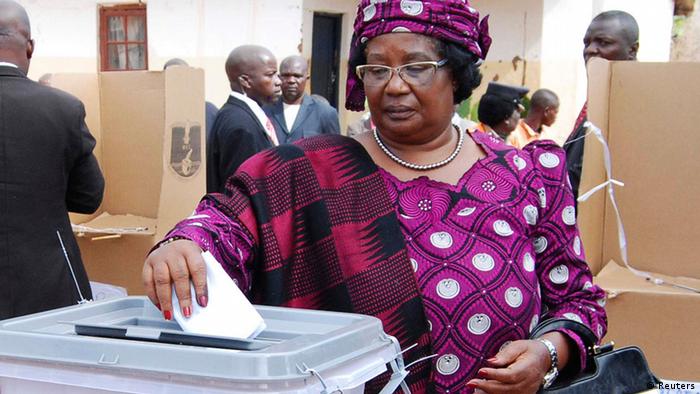 Malawian political analyst Bright Mhnago believes the issue is ultimately political and blames the ruling Democratic Progressive Party (DPP) for trying to draw attention away from the alleged mishandling of the election.

"That is a dangerous message because women's rights are not being targeted here at all," he told DW. "But the [opposition] Malawi Congress Party (MCP) should also be careful to not be seen as targeting women. The issue is about Jane Ansah as the leader of the Malawi Electoral Commission. So that should be the focus of people's grievances and demonstrations."

Like many African countries, Malawi has struggled when it comes to women's participation in politics. The country elected its first female president, Joyce Banda, in April 2012 in what was considered to be a watershed moment. However, Banda was defeated in 2014 and the number of female MPs consequently fell by a quarter.

However, Catherine Gotani Hara, a lawmaker with the opposition MCP, made history last month after becoming the first woman speaker of Malawi's parliament, winning a closely-contested poll against another woman, former deputy speaker Esther Mcheke Chilenje.

Women in Africa are confronting patriarchy on the political and economic landscape and some are coming out on top. Here are nine of Africa's most powerful women. (18.11.2018)