The Netherlands has opened the world's second largest offshore wind farm, with 150 turbines spinning in action in the North Sea, substantially reducing the country's carbon footprint and enhancing its energy security. 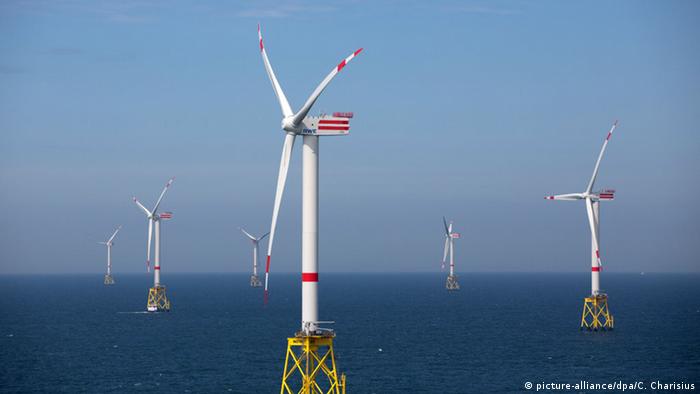 Over the next 15 years, the Gemini wind park would meet the energy needs of about 1.5 million people due to a generating capacity of some 600 megawatts at full winds, the operators said during an inauguration ceremony on Monday.

With an annual production capacity of 2.6 terawatts of electricity, Gemini is the world's second largest wind farm behind the London Aray park in Britain's Thames river estuary.

"We are now officially in the operational stage," the company's managing director Matthias Haag said. "It has been quite a complex undertaking, particularly as this wind park lies relatively far offshore... so it took quite a lot of logistics," he added.

Gemini will contribute about 13 percent of the country's total renewable energy supply, and about 25 percent of its wind power, reducing the Netherlands emissions of carbon dioxide by 1.25 million tons.

Working on the edge of offshore wind power

Situated 85 kilometers (53 miles) north of the coast of Groningen, the Gemini wind farm is spread out across 68 square kilometers (26 square miles). The spot was chosen because not only is it out of sight for coastal residents, but the wind speeds in the area are consistently high, averaging about 36 km/h (22 mph).

Gemini's electricity is collected in two nearby substations before being piped 110 kilometers to the Eemshaven seaport, where the power is fed into the country's grid. The project took more than two years to complete.

"We have built the wind farm within the scheduled time, within budget and in a safe manner," said Haag, adding that Gemini would make an "important contribution to the sustainability of the Netherlands."

For the time being tough, the small EU country remains 95-percent dependant on fossil fuels. But the Dutch government has committed to ensuring that some 14 percent of its energy comes from renewable sources such as wind and solar power by 2020, and 16 percent by 2023, with the aim of being carbon neutral by 2050.