Russian energy giant Gazprom wants to set up a network of service stations across Europe for cars fuelled by natural gas. Gazprom controls a quarter of the world's gas reserves. 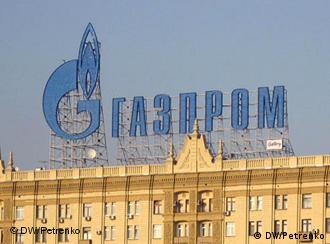 Gazprom plans to increase its presence in Europe's gas retail business, the company's chief executive announced on Friday, June 27. Currently, few cars in Europe run on natural gas, in part because there are few places to tank up.

"We are proposing to our European partners the creation of a network of natural gas stations in Europe with the participation of Gazprom," Gazprom chief executive Alexei Miller told a shareholders' meeting in Moscow on Friday, June 27.

Natural gas is seen as cheaper and more environmentally friendly than regular fuel. While the idea has yet to catch on in Europe, natural gas is widely used in cars in Argentina, Brazil, India, Iran and Pakistan.

For the moment, Miller said he doesn't see any "realistic alternatives" to hydrocarbons. He also panned biofuel, which he blamed for leading to a global food crisis. 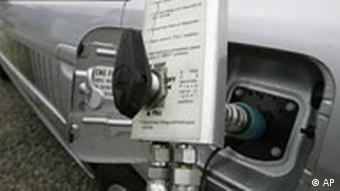 Gazprom supplies a quarter of Europe's gas. It is also aggressively moving into the liquid natural gas (LNG) market. Gazprom wants to control 20 or 25 percent of the LNG market in the upcoming years, Valery Golubev, Gazprom's deputy chief executive said on Friday.

Russia's first LNG project on the far eastern island of Sakhalin is due to start production later this year. Gazprom's large Shtokman field in northern Russia is due to come online in 2014, executives said.

Miller sees a rosy future for Gazprom. Its strong ties to the government give it a huge growth potential and it aims to become the world's energy leader, the CEO said Friday.

During a recent visit to Berlin, Russian President Dimitry Medvedev said he was concerned with rising tensions with the West over security issues and warned against foreign meddling in Russian affairs. (05.06.2008)

The Baltic states and Poland want to join energy, environment and economic development projects in the Baltic Sea region despite their opposition to a planned Russian-German underwater gas pipeline. (04.06.2008)