After nearly 50 years as a member, Gambia has announced it is leaving the Commonwealth. The African nation has in the past come under fire from Britain over human rights issues. 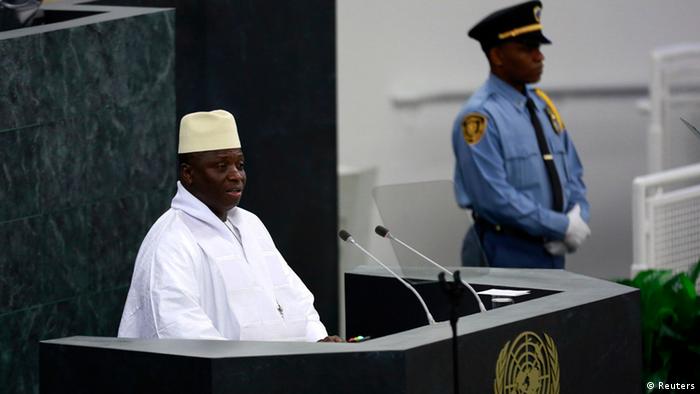 A spokesman for the British Foreign and Commonwealth Office said early on Thursday "we would very much regret Gambia, or any other country, deciding to leave the Commonwealth."

The Commonwealth is a voluntary grouping of over 50 countries, many of which are former British colonies. Gambia announced its departure in a statement broadcast late Wednesday on national television.

"The government has withdrawn its membership of the British Commonwealth and decided that the Gambia will never be a member of any neo-colonial institution and will never be party to any institution that represents an extension of colonialism," the statement said.

Gambia has been a member of the Commonwealth since 1965 and is a popular destination for tourists due to its beaches.

The West African nation was called out earlier this year in an annual report on human rights issued by Britain. Unlawful detentions, press crackdowns, and discrimination against minority groups were highlighted as particular human rights abuses in Gambia.

The nation's president, Yahya Jammeh [pictured above], has been in power since 1994 and is often the focus of human rights complaints against Gambia. He has been reelected three times, most recently in 2006.

As World Day Against The Death Penalty comes round for the tenth time, memories in Africa of the execution of nine people in Gambia in August are still fresh. A subsequent moratorium was given a guarded welcome. (10.10.2012)