Britain has hosted a special G8 meeting campaigning for a united effort to combat dementia comparable to the global approach to AIDS. Prime Minister David Cameron set a goal of 2025 for a cure. 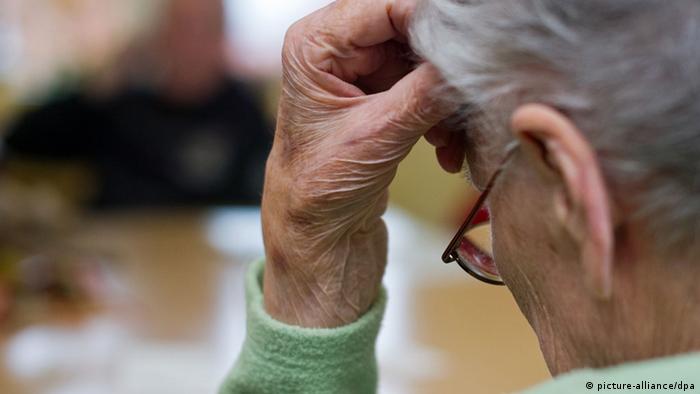 On Wednesday, the World Health Organization and Britain, the current holders of the G8 presidency, advocated a combined global attempt to battle dementia, saying that extra spending and coordinated global research - seeking to minimize duplication - could accelerate progress towards finding effective treatments.

"No one here is in any doubt about the scale of the dementia crisis. A new case every four seconds, a global cost of $600 billion (440 billion euros) and that is to say nothing of the human cost," British Prime Minister David Cameron told the meeting in London.

An estimated 44 million people currently suffer from some form of dementia, with Alzheimer's the most common form. Amid an ageing global population this figure is expected to rise sharply in the coming decades. The Alzheimer's Disease International federation warned in a December 5 report that the figures could reach 135 million by 2050.

Dementia cannot currently be cured, but on Wednesday G8 members issued a joint statement saying they had agreed to "significantly" increase research funding and encourage open access to various studies' findings to speed up the process.

"The amount going into research is too little," British Health Secretary Jeremy Hunt told reporters. "We would like a cure to be available by 2025. It's a big, big ambition to have. If we don't aim for the stars, we won't land on the moon."

Early on in the meeting, World Health Organization Director-General Magaret Chan reminded the delegates - including politicians, campaigners, scientists and drug industry executives - how much ground there was to cover.

"In terms of a cure, or even a treatment that can modify the disease, we are empty-handed," Chan said.

On Wednesday, the assembled group also agreed to hold regular forums throughout 2014 and meet again in the US in February 2015 to review progress. Cameron and Hunt said that if the G8 could recreate the combined effort launched against AIDS at a 2005 summit, similar progress would be possible.

"In generations past, the world came together to take on the great killers. We stood against malaria, cancer, HIV and AIDS, and we should be just as resolute today," Cameron said. "I want December 11, 2013, to go down as the day the global fight-back really started."

England hands the rotating G8 presidency to Russia at the end of the year.