Funding the ′scared′: European Endowment for Democracy | Europe | News and current affairs from around the continent | DW | 27.02.2013

In the midst of an uprising, it is nearly impossible for activists and oppositions groups to receive EU funds for human rights and democracy. The European Endowment for Democracy hopes to change that - if it gets funded. 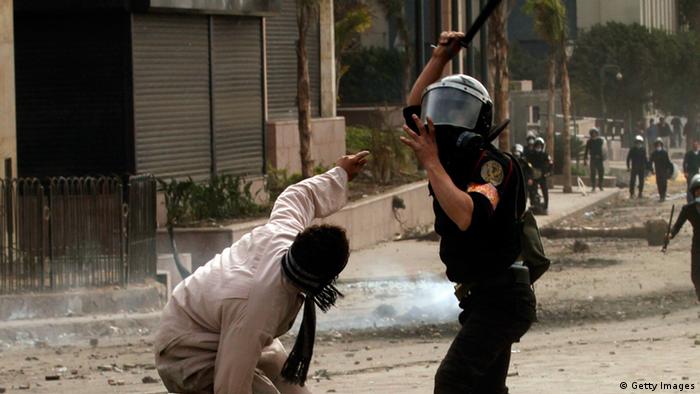 Born in the fire of a popular uprising that became a civil war, the Activist News Agency (ANA) is run by Rami Jarrah of Syria in exile. As reports come in - a hodgepodge of audio, raw video, tweets and texts from inside Syria - Jarrah and his team run fact-checks, adds metadata and collates the information into "real" news, which can then be passed along to western media organizations. The news agency is simultaneously training 300 citizen journalists, developing Syria's first comprehensive radio network and creating a Wikipedia-like website for background checks on Syrian politicians - all from the organization's headquarters in Cairo and southern Turkey.

"I'm struggling," Jarrah told DW. "We have a team of 12. I want to assign someone to be in charge of marketing and logistical equipment, but I don't have the funds to do that." 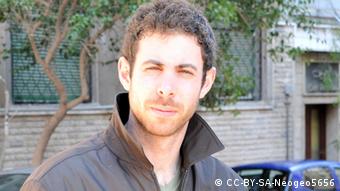 Not long ago ANA received a 10,000-euro ($13,000) lifeline from Hivos, a Dutch foundation for democracy. Wireless data transmissions from Syria, however, can cost up to seven euros per megabyte.

Jarrah then came across Sida, the Swedish International Development Cooperation Agency. With the help of an Egyptian NGO, Jarrah applied for funds that were routed through an NGO in Jordan.

"We've been having problems," Jarrah said. "Some of the funds are being stolen by intermediaries."

Absent is any funding from the EU directly. But in the midst of revolution and relocation, Jarrah's organization has had neither the time nor the resources to complete the EU's organizational vetting process. Had they done so successfully, they could have then applied for a slice of the roughly 80 million euros ($107 million) that the European Instrument for Democracy and Human Rights (EIDHR) provides each year in the form of grants - a process notoriously bureaucratic in itself.

"People in Syria are becoming very cynical," Jarrah said. "They hate the West. These things are getting set up and nothing comes through." 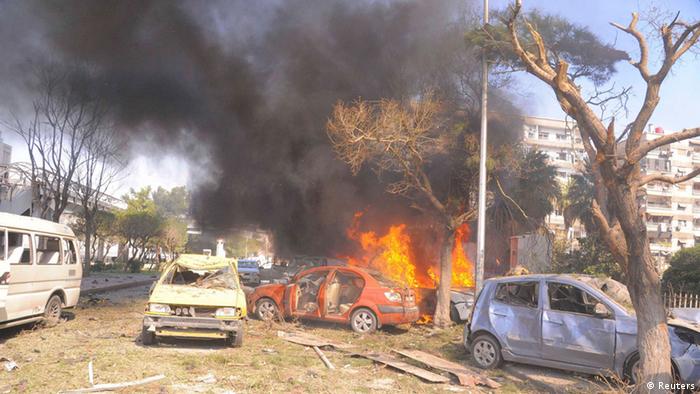 For those trapped in Syria, registering as an NGO or applying for EU funding is simply not possible

This "hole" in EU funding at the most critical stages in democratic transitions is exactly what Jerzy Pomianowski, the new executive director of the European Endowment for Democracy (EED), hopes to change.

"When the Arab revolution started, the real first money to support those groups came to them months after they started," said Pomianowski in an interview with DW. "I met Egyptians who told me, 'Our revolution was kidnapped.' I think a part of that message is that they were not given support to consolidate themselves."

A 2010 analysis by PASOS, the Policy Association for an Open Society, echoed Pomianowski's criticisms:

"Bureaucratic hurdles face less developed NGOs, and only the more established ones are considered able to stand a chance at securing the funding," the report stated. "One of the instrument's major advantages, namely the possibility to fund non-registered NGOs, is not being deployed by the Delegations of the European Union in third countries." In this case those "third countries" were Georgia, Moldova, Ukraine, and Belarus - the latter of which, Pomianowski told DW, is the EED's highest priority. 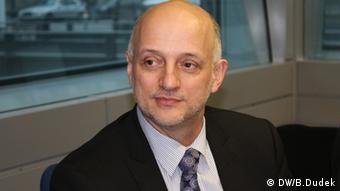 Pomianowski will soon resign as Poland's foreign minister to take over on the executive directorship of the EED. For him, democratic transitions are a problem that can be solved.

"With a less bureaucratic procedure, the EED comes in and gives support for one-to-two years. Then, the group can solidify and consolidate, and will be ready to work with long-term partners from other sources," he says.

"Other sources" include the EU's EIDHR, which funds broad-stroke human rights and democracy measures worldwide. The measures it supports are apolitical in nature. In Egypt, the EIDHR has provided funds for street children, marginalized women and victims of torture.

The EED, by comparison, will not be a part of the EU, but rather independent, allowing it to take more outwardly political actions. Its scope will also be narrower, focused on Europe's "neighbors," a loosely-defined group of Mediterranean and Eastern European countries that includes, Pomianowski noted, many countries involved in the Arab Spring.

Taking off the political gloves

"I think Europe should try to find a way to stop being scared," he told DW. "There are organizations [in Egypt], for example, that give media training to political parties and politicians. They exist, and no one wants to fund them." 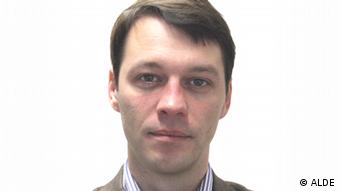 Based in Cairo, Debeuf and a handful of colleagues have helped train politicians in places like Libya, after the fall of dictator Moamar Gadhafi. "We can't complain that Salafists are winning the elections and then complain about [secular] parties not being organized," he said. "In Europe, we think that political training is paying money for campaigns. No, no, no. It's much more basic. No party in North Africa has a paid staff. No member of those parliaments has an assistant. It's as basic as saying, 'If you're working in a party you have to say the same message."

Debeuf's work was pro bono, something he sees as unsustainable. He is excited by the prospect that an endowment such as the EED might fund activities such as his own and spread European ideals through direct political action. He believes the EED has the "right idea," even if the details remain sketchy. "Quick money spent on risky business?" he said. "Absolutely in favor."

In Europe, however, Pomianowski has an uphill battle on two fronts. His first task is to win the hearts of austerity-minded national governments, many of whose citizens balk at pouring money into yet another initiative to promote democracy and human rights beyond Europe's borders. Germans, for example, already contribute to democratic and human rights efforts via German political foundations, German NGOs, contributions to the EU (which partially supports the EED) and through contributions to the UN.

While the EED has managed to raise $16 million dollars from national European governments thus far, notable exceptions include Germany, Britain, France, Italy and Spain. "I would say that definitely the German contribution is the one that is missing," Pomianowski told DW. "I am already receiving positive signals."

Pomianowski's second task involves answering a number of fundamental questions. How will the EED operate in practice? Which organizations will it donate funds to? How will it begin to find them? And what if that group is communist or promotes violence? Until the EED can answer such questions, funding will likely remain scant.

Half in earnest, Rami Jarrah says that the EED should just call people like him. "I can't tell what groups will do a good job," he said. "But I know which groups should be given a chance."

Pomianowski, who witnessed Poland's democratic transition firsthand, envisions a future where it works in the other direction, as well. "If you are scared, contact us," he said.