As the financial crisis takes its toll on government budgets, cultural institutions across Germany are trying to find a way to survive. 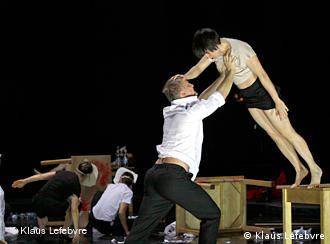 Throughout 2010, Germany's Ruhr Valley was celebrated as one of the European Cities of Culture for 2010. Millions of euros were spent promoting the region as a cultural metropolis on the rise.

But in the same year, Germany's cultural landscape suffered a number of serious setbacks. Proposed budget cuts have threatened the very existence of some of the country's most renowned public theaters and operas.

"That's the death blow," said Marco Albrecht from Hamburg's Deutsches Schauspielhaus in September, after he heard about the city's plans to cut the theater's artistic budget by half. The Schauspielhaus is Germany's largest theater for spoken drama.

"We would not be able to play a single show," said Karin Beier, director of Cologne's Schauspiel Koeln in response to the city's proposal to cut the cultural sector's budget severely. Ironically, her theater won the awards for "Production of the Year" and "Theater of the Year" in 2010. Clearly, the cutbacks do not necessarily reflect on quality. 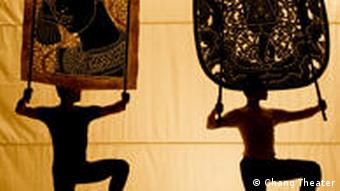 Ruhr theaters were richly funded in 2010

German arts funding is mostly the domain of federal, and sometimes local, authorities. In the aftermath of the financial crisis, huge budget deficits resulted in political proposals to sacrifice cultural institutions that depend on public funding.

So far, widespread protests by citizens and solidarity among theaters have forced legislators to rethink their plans and curb the anticipated cuts. Still, the dramatic situation has sparked a debate about public funding in the cultural sector: how generously should the arts be funded when public spending in all areas of life is under pressure?

"The cutbacks are overdue," one of Germany's leading business magazines, WirtschaftsWoche, wrote in November 2010. "For far too long, public theaters and operas have lived in a parallel society secluded from the rest of economic life."

On the other hand, civic resistance has revealed the extent to which public cultural institutions are anchored in their cities. 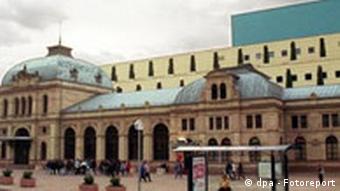 One of the theaters under pressure is the Thalia Theater in Halle, near Leipzig - one of the few children's theaters in the region. Currently, the 60-year-old Thalia is cutting its budget and trying to become an independent theater in order to stay afloat.

Some theaters have already managed this transition. The Festspielhaus in wealthy Baden-Baden has already moved from being a publicly funded playhouse to an independent institution. A key factor in its success: significant private donations.

But few German theaters will be able to generate the necessary funds to keep up an independent, high-quality cultural program. And as federal and local culture budgets continue to be reduced, the debate is likely to become even more intense.