The founder of Morocco's first contemporary dance group takes a taboo-breaking look at the world of Morocco's wedding dancers. Her work is part of a German festival that aims to cross national boundaries on stage. 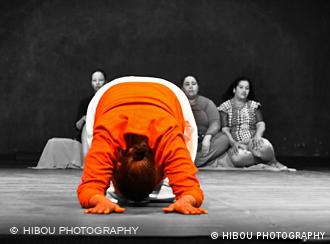 A moment of quiet reflection - or is it prayer?

Four women are on stage. Three of them are Aitas - traditional Moroccan wedding dancers adored by men, but often ostracized by their families and the rest of society. The other is the pioneering founder of Morocco's first and only contemporary dance company, ANANIA.

This is "Madame Plaza," Bouchra Ouizguen's intimate portrait of a feminine world which exists in defiance of family pressure and social prejudice. It is also a tribute to the three women Ouizguen has chosen to work with: Kabboura Ait Ben Hmad, Fatima El Hanna and Naima Sahmoud.

A century ago, Aitas enjoyed a privileged position in Moroccan society. Prized for their beauty and musical accomplishments, they enjoyed respect from men and women, rich and poor alike. 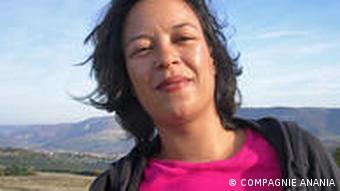 Nowadays, however, Aitas have a very different status. Still a key feature of village ceremonies and festivals, the Aitas find themselves regarded as little better than dancing prostitutes. Men make lewd advances, and women treat them with suspicion.

Fascinated by the lilting songs of the Aitas since her early childhood, 30-year-old choreographer Bouchra Ouizguen sees them as women who have sacrificed everything for their art.

One of the few practitioners of contemporary dance working in Morocco today, Ouizguen feels a deep comradeship with the Aitas. In a way, she feels, it is the Aitas who have led the way for her own pioneering career path.

"In Marocco," Ouizguen told Deutsche Welle, "the status of 'artist' is not recognized. It was difficult for me to decide to become an artist, but when these women started out 30 years or so ago, it was even harder. I find their choice extremely admirable. In fact, I take my hat off to them!" 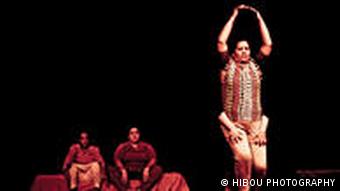 "Madame Plaza" does not seek to serve up Aita-like performances to an international audience. Instead, it is a slow, tender recreation of the closeness shared by Ouizguen and her three collaborators during an artistic retreat spent swapping stories in preparation for their work together.

What is perhaps most striking about the piece, is the fact that the four female bodies on stage seem so at ease with each other that it seems almost rude to watch. Whether walking about the stage, demonstrating favorite little dance movements or simply lying on a sofa, the women seem to be performing only for themselves.

"We live inside the project," explained Ouizguen. "In fact, the hardest thing about the project was moving this intimacy that we had established outwards so that we could share it with the audience."

Theater of the world

"Madame Plaza" is one of 32 performances from 25 different countries currently being showcased by Germany's prestigious Theater der Welt (Theater of the World) festival. 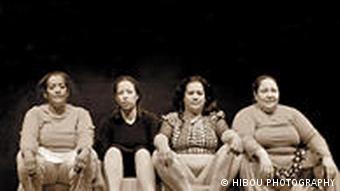 An intimate portrait of feminine solidarity

Funded by the German branch of the International Theater Institute, Theater der Welt usually takes place once every three years, but in 2010 the festival was moved forward to coincide with Essen's status as European Capital of Culture.

Each edition of the festival takes place in a different city and under the leadership of a new festival director. Currently at the helm is Belgian theater practitioner and veteran champion of the arts, Frie Leysen.

"You can make a festival from behind your desk," Leysen told Deutsche Welle, "but I’m not interested in that."

Having spent much of the past two years traveling the globe in search of exciting new projects to include in her program, Leysen has developed two key criteria for judging the suitability of the work she encounters. 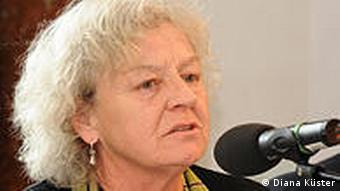 Frie Leysen sought out performances which resonated across cultural boundaries

Although rooted in the specific cultural circumstances of the Moroccan Aitas, "Madame Plaza" is a performance which transcends cultural barriers and speaks to a global audience.

The world on stage seems achingly familiar. The trust, tenderness and humor shared between the four women is something which needs no translation.

Whatever the country, whatever the circumstance, the complex mixture of longing, regrets, hopes and frustrations played out on stage speaks to an understanding of friendship and female solidarity which will be immediately recognizable to everyone.

"Linie 1" is among the most widely-performed German plays and the biggest success to date for Berlin's Grips Theater. Performances have been staged all over the world, including an adaptation in Yemen. (19.06.2010)

With Cinema Jenin, a dream is fulfilled for Palestinian Youth

German filmmaker Marcus Vetter is close to completing the restoration of a cinema in Jenin, a town in the Palestinian West Bank. The cinema was shut down by Palestinian militants more than two decades ago. (02.06.2010)