President Donald Trump's budget foresees a radical cut to the prestigious Fulbright program. With cultural diplomacy out of fashion in the White House, the 70-year-old international exchange rallies to defend itself. 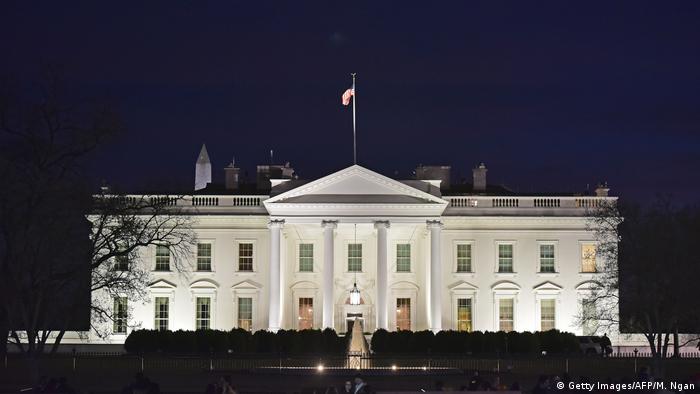 Bill Clinton gave it a shot, and so did Barack Obama. Now it's Donald Trump's turn to propose cuts to the Fulbright international educational exchange program. But this time the threat may be more earnest, coming as it does from a White House that has shown disdain for cultivating good relations with other nations. The administration's 2019 budget calls for cutting the State Department by 25 percent and the Fulbright by 71 percent, a dramatic drop from the $252 million (€204 million) it got this year.

Donald Trump's proposal to slash the program came as no surprise to Oliver Schmidt, executive director of the German-American Fulbright Commission. But this time it's different.

"The new thing is that in previous administrations proposed cuts were meant to balance other domestic priorities," he explains. "In this case, this is a cut not to finance other programs, but this is a cut in its own right. If put into practice, this would certainly damage the integrity of the program, and it gives reason to have concern about the long-term viability of Fulbright." 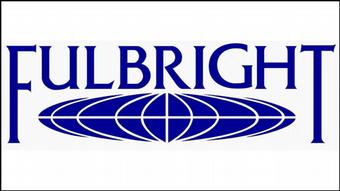 The first Fulbright exchanges took place with Burma, China and the Philippines

Established shortly after World War II to encourage mutual understanding between Americans and people from other countries, Fulbright issues research and study grants to academics, professionals and artists. The program operates in more than 160 countries and proudly trumpets the names of its accomplished alumni, which include Nobel Prize winners, heads of state — among them Colombian President Juan Manuel Santos — and world-class cultural figures such as opera singer Renée Fleming. The program is managed by the State Department, while in many countries like Germany, binational commissions administer it and their governments foot half of the costs.

Some 45,000 Americans and Germans have taken part in Fulbright exchanges between their two countries alone.

Bundestag member Alexander Graf Lambsdorff is one of them. He spent two years on a scholarship at Georgetown University in Washington, DC, his first real experience of the United States, he says. "It gave me a much better understanding of what makes America tick, what drives the country, what the debates are. It also gave me a deep appreciation of Americans beyond politics." (And he actually learned the rules of American football.)

Fulbrighters tend to be enthusiastic about the program. It's a passion for Marion Schweighart, who juggles her full-time job with her activities as a board member of the all-volunteer German Fulbright Alumni Association. 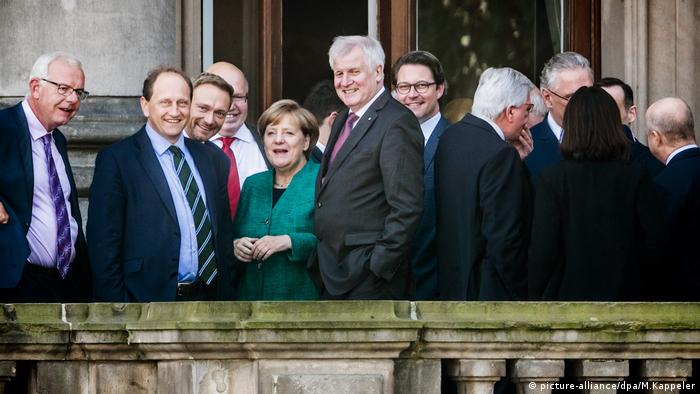 "The Fulbright program gave me so much more than academic exchange," she says of the year she spent at the University of Chicago in 2012-13. "It made me feel connected to a country where I hadn't even been before, although I always felt connected to the American idea of life."

"People who come back from their years in the US are usually highly motivated by it, amazed by US culture, she adds. "They have got to know the country, the people, the culture, not only what is imported as a cultural imprint."

The Fulbright has always received bipartisan support at home in Congress, whose job it is to approve the budget appropriation. It was after all founded by one of their own, Senator J. William Fulbright, back in 1946. Many members have been fellows themselves, but beyond that, the program has played a long-standing role in American diplomacy.

It's more important for the US than it is for the other countries that take part in it, Lambsdorff argues.

"It is a wonderful expression of what has been called the 'soft power' of the United States," he says. Soft power is just as important as "hard power," or military might, Lambsdorff adds, pointing to the White House's plans to increase investment in the military. "I believe the network of Fulbright scholars around the world is what sustains sometimes difficult relations between nations, because Fulbright scholars know that there is more to America than current political troubles or this or that conflict. It goes much deeper.

"To be disinterested in diplomacy, and particularly something like the Fulbright program, is shortsighted," he says. "It does not take into account the full dimensions of American power." 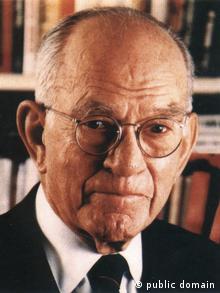 J. William Fulbright founded the program on the rubble of World War II. He had been a Rhodes scholar

If the White House's plans are realized, most programs would be cut by two-thirds, Oliver Schmidt says, while the German program, which has other funding sources, would be cut by at least 25 percent.

Capital Hill to have its say

But there is still a ways to go. Supporters have been rallying to Fulbright's defense, focusing their efforts on the decision-makers in Congress. Lobbying is well underway with a social media campaign, #StandForFulbright, while alumni are collecting signatures on an online petition. Oliver Schmidt says 90 percent of the members of Congress have received letters from constituents in their districts already, over 5,000 letters, calling on them to prevent cuts.

"This is a White House proposal, initiated by the Office of Management and Budget, by political appointees, which will be sent to [Congress]," Schmidt explains. "Last year they took it seriously, and they fought back. In the end we almost got the same amount of money again as we did the year before. This year the administration is not in a much better position politically speaking."

"Even if the proposal is drastic and alarming, the conversation has just started, and we will expect another six months, minimum," Schmidt says. "The outcome is open."

US election: How Donald Trump has changed global foreign policy 24.10.2020

Washington and Beijing fail to see eye to eye on a number of key issues such as Hong Kong, Tibet, and the treatment of the Uighur Muslims in China. Chinese diplomats said the US' stance was hypocritical.