In Ukraine, oligarch Oleksandr Onyshchenko is a wanted man. For a while it looked like he'd find refuge in northern Germany. He promised investments and big equestrian games in return. But the plan didn't work out. 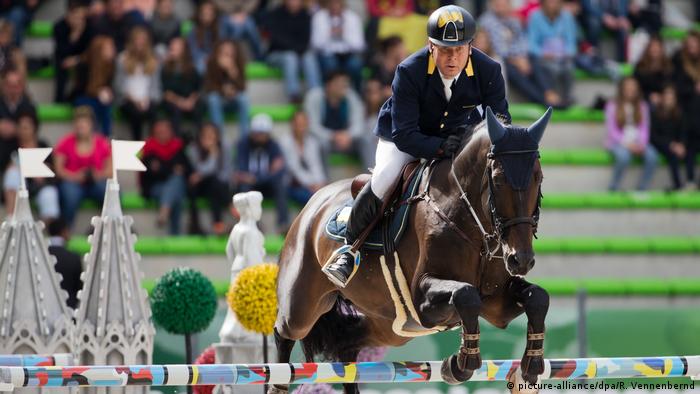 Herzlake is a tranquil little town, with a pretty church, and a historic train. But the real treasures of the northwestern German Emsland region where Herzlake is located, are the horses. This is where Germany's best stud farms breed high-end horses for the world's equestrian elite.

Einhaus Manor, a stud farm on the outskirts of Herzlake, has belonged to Ukrainian multimillionaire and parliamentary representative Oleksandr Onyshchenko for a couple of years now. He spent several million euros on the manor and the horses that came with it.

"A glamorous stud farm" is how Herzlake's mayor, Hans Bösken, described the property when DW spoke with him about his town's most famous inhabitant in 2017. 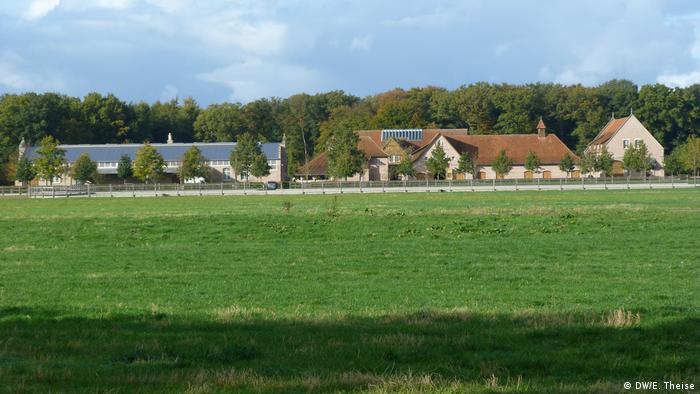 Right before that, it was revealed that Onyshchenko, who got rich in the gas business, had returned to Herzlake after a long absence and registered a place of residence there. He also registered himself as manager of the Einhaus Manor corporation that runs the manor, as evidenced in papers from the commercial register.

A new beginning in Herzlake?

The news came as a bit of a surprise because the Ukrainian has been on the run from his country's judiciary since 2016, spending most of his time in Spain. In Ukraine, he remains accused of corruption and illegal gains. The oligarch has always protested his innocence to the media. He sees himself as a victim of alleged judicial arbitrariness in Ukraine, where he says he has "fallen out of favor" politically.

But Onyshchenko is also open about the fact that dealings in the Ukrainian gas business don't always go according to the law. In his book, released in Germany in January 2018, the oligarch speaks freely about the ubiquitous corruption in Kyiv ­– and about how he himself bought parliamentary votes with large sums of cash.

But here in Herzlake, the dirty business and unscrupulous politics in Ukraine seemed far away. In the small town, an hour's drive from the next big city, Onyshchenko presented himself as the bearer of hope, ready for a new beginning.

In an interview with DW, Bösken said the Ukrainian had received him at his country estate in the spring of 2017, promising to organize international equestrian tournaments there. In return, the mayor wrote a letter to the authorities in which he supported Onyshchenko.

"Herzlake is not exactly known nationwide, so if it's in the newspapers, radio stations and on television that we're is hosting a prestigious equestrian tournament such as the kind Mr. Onyshchenko is planning, then that is an enormous boost to our municipality," Bösken explained.

No interest in the patron's past

It wasn't just the mayor who was apparently taken with the Ukrainian's plans. Onyshchenko's problems with the law in Ukraine and questions about the origin of his wealth seemed to not be a big issue in the municipality.

"It's not our job to investigate a person's background," Bösken's colleague and council member Silke Feldmann told the local newspaper Neue Osnabrücker Zeitung.

In return, Herzlake politicians expected up to 20,000 visitors for each equestrian tournament.

Herzlake's mayor also described Onyshchenko's economic importance to the community in a letter to the district administration. In his interview with DW, the mayor spoke of Onyshchenko's planned naturalization. Later, he and Onyshchenko vehemently denied this, with the Ukrainian even taking DW to court. The proceedings ended in a settlement. 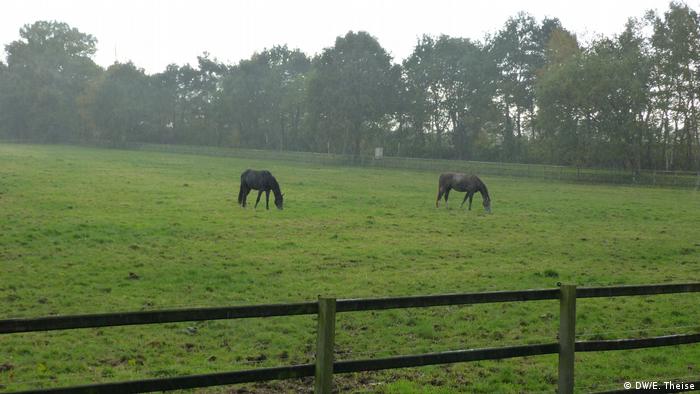 Horses out to pasture at Gut Einhaus

Responding to a request by DW, the district administration said there was an application for a residence permit, supplemented by a letter from the municipality of Herzlake in which "reference was made to the high economic importance of horse breeding and the positive effects of holding high-class equestrian events on the Einhaus estate," a district spokeswoman said.

No visa for Onyshchenko

In an interview with DW in the fall of 2017, Mayor Bösken was convinced that his letter in favor of Onyshchenko would bear fruit.

"I've already asked him a few times – it's looking good," Bösken told DW at the time.

But then, a few weeks later, the men received bad news: Onyshchenko's application for a national visa in Germany was rejected by the German embassy in Madrid. An Emsland district spokeswoman confirmed this to DW. The district would have been responsible for the residence permit and the work permit, only if a visa had been issued.

"It would have been necessary for a national visa to be granted by a German mission abroad in order to start work at the stud farm in Herzlake," the district administration said.

There was no comment from German authorities on the reasons for the refusal.

End of a dream in Herzlake

Onyshchenko isn't the only one who was hit hard by the news; his supporters in Herzlake have also been disappointed, with their dreams of hosting world-class equestrian tournaments dashed. Two events had been registered for 2018 with the German Equestrian Federation at Einhaus Manor: a 4-star tournament in May, and another in August.

As DW has now learned from the federation, both tournaments were canceled with no reason given. DW's inquiries to Onyshchenko's Einhaus Manor corporation and to Mayor Bösken remained unanswered.

Meanwhile, things aren't looking good for Oleksandr Onyshchenko: A court in Spain has given the go-ahead for his extradition to Ukraine. His last hope is his Spanish asylum application, which still has to be decided. If approved, the equestrian sponsor would become a refugee.

Civil servants in Ukraine will not be the only ones required to declare their income in the future. Thanks to a controversial new amendment, so too will NGO workers fighting corruption. Transparency, or revenge? (31.03.2017)

Ukraine's Yulia Tymoshenko to run in next year's presidential election

The two-time ex-prime minister, who spent three years in jail for corruption, says she will run against Petro Poroshenko. Although she enjoys undying support in some quarters, many voters see her as part of the problem. (20.06.2018)

Mikheil Saakashvili, Georgia's former president and founder of Ukraine's opposition United National Movement, wants to save Ukraine. But is the now-stateless politician the right man for the job? (24.01.2018)