Whether amidst the rubble of Damascus or in Berlin's clubs, artists are giving wounded children a piece of hope and even shaking up political regimes. Change, it seems, can begin with a paint brush or a Middle C. 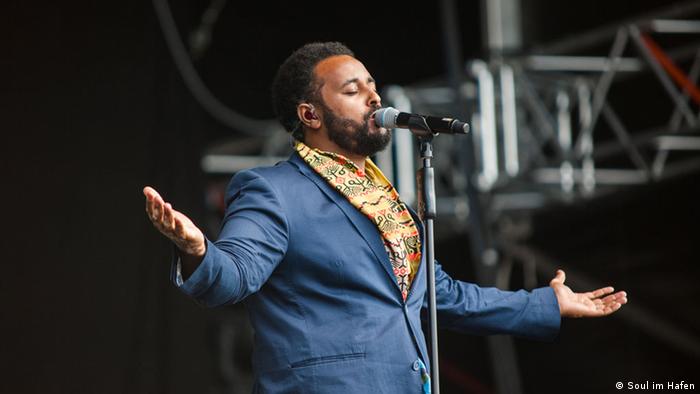 "If you make fun of a politician, you can do more damage than if you hit them in the face," said Iraqi comedian and television show host Ahmed al-Basheer during a panel on how arts and culture can foster dialogue and political change at this year's Global Media Forum in Bonn, Germany.

It was the deaths of his brother, father and other relatives at the hands of extremist militants that motivated al-Basheer to fight back - with humor.

His satirical Albasheer Show pokes fun at the corrupt regime in Iraq, but also religious clerics and militant organizations. It's been viewed over 50 million times on YouTube and is currently being broadcast on Deutsche Welle's Arabic channel. According to al-Basheer, the show has also led numerous Iraqi politicians to step down.

'Street art is a form of interaction' 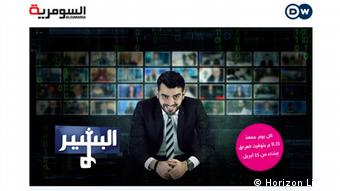 Ahmed al-Basheer reaches millions in Iraq and around the world

While Ahmed al-Basheer, who lives in Jordan because it is too dangerous for him in Iraq, has shaken up the political regime in his country, other artists see their impact as being more indirect.

"I can't promise to bring about change, but street art is definitely a form of interaction," graffiti artist Ammar Abo Bakr from Cairo said.

When the Egyptian Revolution broke out in 2011, Abo Bakr left his post as assistant professor at the Luxor Institute of Fine Art because he felt he was more needed on the street to record the historical events that were happening.

Some of his most famous works depict victims of the rioting that occurred near Cairo's Tahrir Square in 2011 and can be seen in the nearby Mohamed Mahmoud Street.

"It's become the street of death," recalled Abo Bakr. Now, five years later, the situation has calmed in the country, but his public murals "are the last visual memory of what happened."

During the week of the Global Media Forum, an international media conference hosted by Deutsche Welle in Bonn, Abo Bakr visited children in local refugee camps to hear their stories and paint with them. Indeed, when it comes to creating political art of any kind, "change" seems to be a side-effect of "interaction," or dialogue.

"Putting your face on a poster with a slogan isn't activism. I try to engage people in person," Samy Deluxe, one of Germany's most well-known rappers and music producers, emphasizing the importance of dialogue.

A vocal spokesperson against racism and for tolerance in Germany, Samy Deluxe said he'd been frequently asked to pose for campaigns for good causes like AIDS awareness. However, his disappointment with charities led him to found his own organization in support of underprivileged youths, Deluxekidz.

For Palestinian-Syrian pianist Aeham Ahmed, dialogue comes in the form of public concerts. When militants from the so-called "Islamic State" took over the Yarmouk refugee camp where he was living in Syria, he did not flee, despite a hand injury from shrapnel. Rather, he wheeled his upright piano out onto the street and performed amidst the rubble, leading children in song.

When the situation in Syria grew even more dangerous, and "IS" militants even burned his piano, Ahmed embarked on the long journey to Germany, where he has been living as a refugee since fall 2015.

"My wife is still in Syria. She is fighting alone," he said. He is hoping to bring her, his two children and other relatives to Germany as soon as their papers can be processed.

In the meantime, Ahmed's concert schedule is jammed packed - particularly after he won the first International Beethoven Prize last year.

With his hand injury, the technical works of Beethoven and Rachmaninoff are out of the question, but he shares melodies from his home country and raises awareness in Germany for the plight of both Syrians and Palestinians.

Why Germany needs a psychiatrist

Indeed, "music has the perfect power to build bridges," as German-Eritrean musician Fetsum Sebhat (pictured above) said. The Berlin-based singer, who was born in Cairo to Eritrean refugees but grew up in Germany, explained that from the vantage point of the stage, he can look out into the audience and see people standing together who, due to their prejudices, may not otherwise want anything to do with each other.

Both Sebhat and rapper Samy Deluxe, whose father came from Sudan, expressed how free they feel in Germany when compared to the hardships faced by artists in the Middle East. However, they also relayed how much discrimination they experienced as children in 1980s Germany. 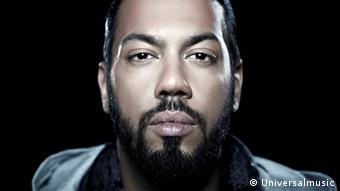 "I'm fu**ing traumatized from growing up in Germany," said Samy Deluxe, adding that his worst experiences with racism came from people who claimed to be open-minded. "I didn't meet another brown-skinned person until I was 15."

"In Germany we are free, but we have psychological problems," said Fetsum Sebhat, referring to Germany's identity struggle when it comes to accepting and integrating people of mixed backgrounds.

If he lived in a country that was freer and more democratic, would Ahmad al-Basheer still create satire? His reply expressed the intrinsic desire of an artist to create, whatever the circumstances.

While al-Basheer remained pessimistic that Iraq will enjoy a greater degree of freedom in the near future, the others were more optimistic.

Samy Deluxe pointed out that black children growing up in Berlin today are not subjected to regular insults, as he was, and Fetsum Sebhat agreed that his five-year-old son is growing up in a much more open Germany than he did when he arrived at the same age.

As for the war in Syria, pianist Aeham Ahmed found hope in Germany's history:

Freedom of expression takes center stage at The Bobs 2016 ceremony

The winners of the 2016 Bobs - DW's award for online activism - have been honored in Bonn. The ceremony highlighted the accomplishments of each project and included a guest star. (14.06.2016)

Ahmad: 'I want to reunite with my family'

Aeham Ahmad, the pianist famous for performing in the rubble of a Syrian refugee quarter, has been awarded the first International Beethoven Prize. In an interview with DW, he explains what led him from there to Germany. (19.12.2015)