From landfill to landscape in Tel Aviv | Environment | All topics from climate change to conservation | DW | 11.06.2014

From landfill to landscape in Tel Aviv 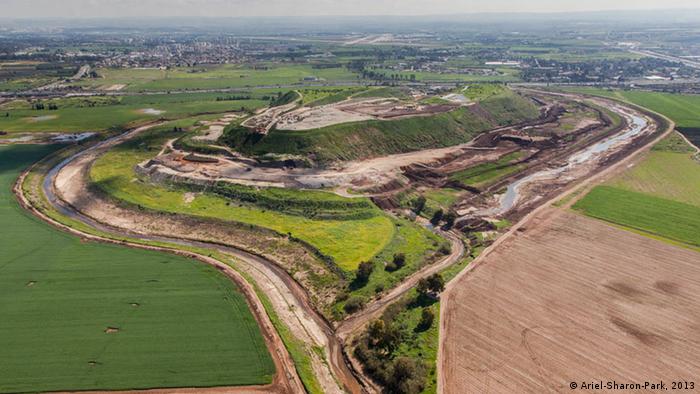 Standing before the gates of Tel Aviv is a 60-meter-tall (200-foot-tall), flat-topped hill with a churning, fermenting interior.

For decades, garbage from throughout Israel was piled here. Finally, the land could take no more: The smell became intolerable, and the risk too high that winter floods could sweep the poisonous brew into water supplies.

Hiryia, as the dump was called, was closed.

But the mountain of trash stayed behind - like a monument.

From toxic estate to tropical paradise

Now the smell is gone, and the trash heap is in the midst of a metamorphosis that will turn it into the brand-new Ariel Sharon nature park. 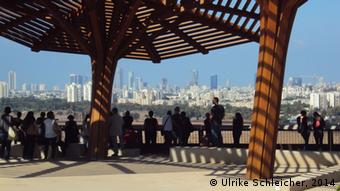 Nearly a decade ago, Israel's government issued an international invitation to help revitalize the area. Landscape architect Peter Latz' vision impressed the jury: a Mediterranean landscape atop the plateau, a floral terrace cut into the hillside, all surrounded by a naturally untouched riverbed as well as orchards and fields.

Latz, a pioneer in the field, has been working since the 1980s to convert industrial wastelands into "new paradises," as he described it.

Citizens in the highly-populated area can use the roughly 800-hectare-square (3-mile-square) space to bicycle, walk, listen to concerts or play in the water. Species native to Israel - like palms, olives, oaks, carob trees, bushes and herbs like rosemary and thyme - will grow there.

"Herbs that are typical of the country," Latz said. Materials for construction, which ranges from cement-based terraces to wood planks and iron fences, have been recycled and retain their original features. 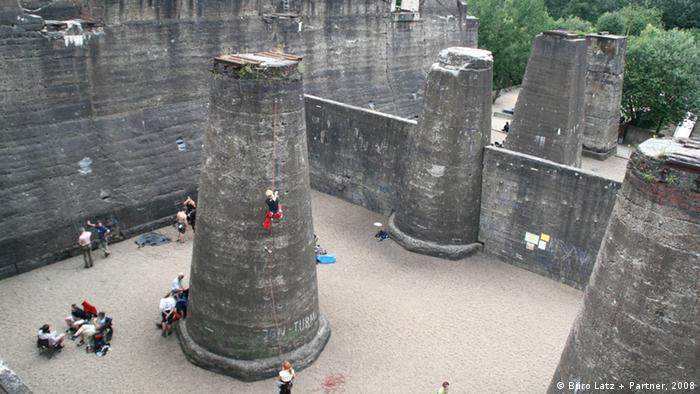 While nature will gradually win back the surface of the landfill, things underground will proceed somewhat differently. Treatment of the waste was, and remains, a tremendous challenge.

"At first, everything was covered with a thick film," said project manager Ulf Glänzer. An underground sewage system collects the toxic runoff, which is then purified in a biological wastewater treatment plant.

"The methane gas produced during the decay is used as energy by a textile factory," Glänzer said. Although the fermentation process will eventually end, in the near term the hill will continue to rise and sink.

Latz' current project builds on his own earlier projects in Europe. In the industrial city of Duisburg in western Germany, a former Thyssen iron production facility with three blast furnaces and numerous bunkers was converted into a park in 1994. Train tracks became pedestrian paths and sedimentation tanks, biotopes. 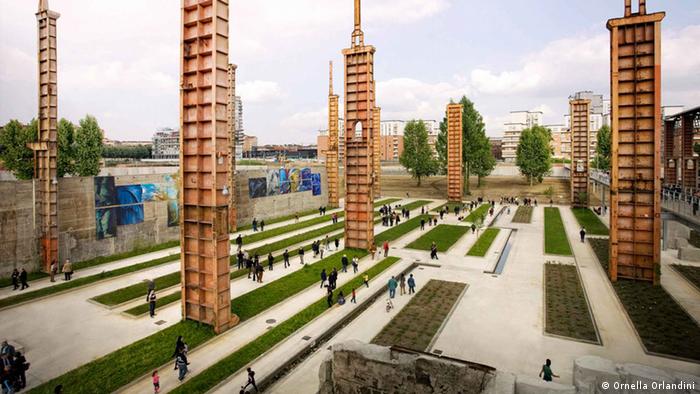 Support beams of former industrial structures at the Turin park

"Visitors wander through the ruins of production, learn to work with it, and use it however they can imagine," the 75-year-old said of the concept.

Latz carried out a similar transformation in 2004 in Turin, Italy, at old Fiat and Michelin production facilities from the 1980s. Now, bridges and paths arc like red threads through the five areas of the park, toward its green heart: a hall with no walls, previously a rolling mill.

For the landscape architect, the spaces remain dynamic - particularly his parks' floral areas. In between the cultivated vegetation are plots for "debris flowers," as Latz described the flowers and grasses that gradually overtake such areas. This allows a sort of "wilderness" to develop, "surviving in the garden," he said.

Not everything is paradisiacal, though. Near the foot of the Ariel Sharon Park, trucks continue to load up waste for transport to highly modern facilities to be sorted and recycled.

For Latz, there's no contradiction there - it's simply the beginning of a reconciliation between nature and the excesses of civilization.

Researchers bring the dump to the pump

South African and German researchers in Johannesburg hope to show how methane gas from waste-disposal sites can be converted into an inexpensive, environmentally friendly alternative to gasoline. (04.01.2013)