A growing number of wine producers in France are embracing biodynamic viticulture - a mix of astrology and Chinese medicine methods - to enrich both their soil and their wine. But does this really mean better wine? 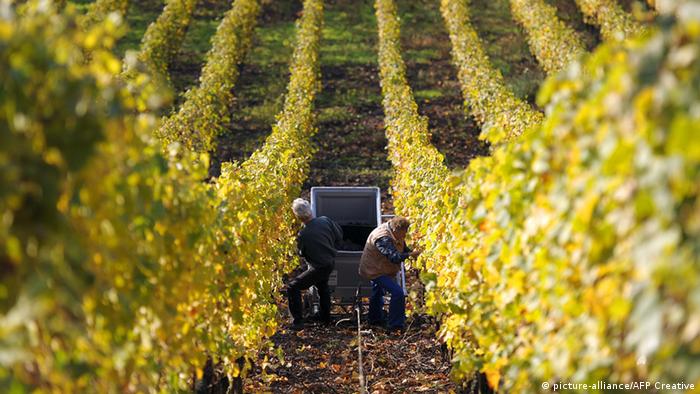 On Bernard Duseigneur's vineyard at Saint-Laurent-les-Arbres in the heart of Côte-du-Rhône country, the grape harvest is about to begin.

Popping a couple of grapes into his mouth, this ex-London banker who returned to the family business checks to see if the fruit is ripe. But Duseigneur has also been consulting an astrological calendar to see that tomorrow is the right day to start harvesting. His is among France's burgeoning "biodynamic" vineyards.

"It's good to be organic, because you don't have to breathe in chemicals!" said Duseigneur. "But as a wine-lover, organic farming doesn't bring any answers about the quality of the wine," he added.

The quality of wine, Duseigneur believes, rather comes from "reconciling the wine-maker, the vine-grower and his land" through principles written out by the German philosopher, educationalist and mystic Rudolph Steiner around a century ago.

Biodynamic agriculture does mean organic agriculture (not using pesticides, fungicides and chemical fertilizers). But it also takes into account the movement of the moon and stars, and applies preventive "treatments" to the land - much in tradition of Chinese medicine, Duseigneur said.

The aim is to enrich the soil. Biodynamic farmers want their soil to have as much life as possible, and foster a thriving ecosystem using insects, microorganisms, weeds, and worms to aerate the soil. According to biodynamic vine growers, this allows the vines' roots to grow in the finest, purest soil possible. 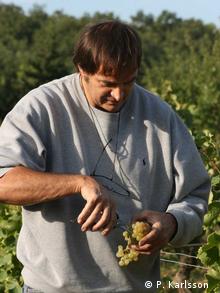 This idea appeals to French wine-makers in particular. While wine-makers in California, Australia or South Africa believe their own work produces great wine, in France, wine has long been about bringing out the character of what the French call the "terroir" - the unique soil and climate of a particular location.

"In Burgundy," said Duseigneur, "the monks realized a thousand years ago that by using just one grape - the pinot noir - they can have very different wine, even though the plots are only a couple of hundred yards apart." This is because of differences in soil, he asserted. "We try to find wine that expresses the unique character of the place."

Improving the soil in a wine nation enamored through terroir is a winning idea, said wine book author, blogger and wine bar owner Olivier Magny. It explains why biodynamic vine-growing has caught on in France.

"What's going on is a discreet revolution," he said. "More and more people are starting to realize that biodynamic farming leads to livelier soil, more interesting wine and frequently, down the road, higher prices."

Most of the very best wines are biodynamic, he added. "Probably the most expensive wine in the world, Domaine de la Romanée Conti, has been biodynamic for a number of years."

However, while biodynamic certification labels such as Demeter or Biodivin may indicate flavor and quality, consumers shouldn't think this wine is free of chemical additives. In Europe, organic and biodynamic wine-makers are allowed to add sulphur in order to conserve their wine. They almost always do, although often this is less than most of their non-organic competitors. 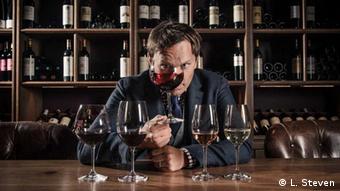 Wine expert at Olivier Magny at his wine bar in Paris

But with or without chemicals, the idea that the organic or biodynamic label is a gauge of quality has not convinced wine expert Michel Bettane, co-author of the Grand Guide des Vins de France, one of France's most authoritative wine guides.

"There's a lot of hype, a lot of hypocrisy, a lot of marketing, a lot of lying to the consumer," he said. "You can make absolutely great wine with the intelligent use of chemicals, and some of the greatest wines in the world are still made in this way and are no less good because of that," Bettane said. "Vinegar is part of nature, not wine. Wine is part of civilization!"

Bettane is skeptical about some of biodynamic viticulture's more unusual methods. Rudolph Steiner wrote extensive instructions for strange preparations for the soil, apparently without carrying out scientific experiments to see what worked.

In one of Steiner's suggestions, Formula 505, oak bark is chopped in small pieces, placed inside the skull of a domesticated animal, surrounded by peat and buried in earth in a place where lots of rain water runs past it.

Back in the Côte-du-Rhône, Bernard Duseigneur demonstrates one of his methods: Weeds gathered from around the vines are boiled up like tea and blended in a large machine before the mixture is sprayed back on the vineyard.

"We use really basic principles. It's really common sense actually," Duseigneur said. "It can sound a little bit crazy sometimes," he admitted. "But there is a reason for everything. For instance the cow manure - our famous 500 preparation - is actually super compost."

"And who cares if there is stuff we don't understand," he pointed out: "It works."

Some biodynamic wine-makers do seem to have succeeded in developing a unique taste. And these vine-growers take great care of their soil. In any case, it would be difficult to prove whether this wine better because cow horns have conducted cosmic rays into the vineyard.

The German roots of California wine

In 1875 the German Beringer brothers were among the first people to start producing wine in the United States. Their business, based in California, is still going strong and has established itself as a global player. (02.01.2013)

French sheep take a bite out of urban emissions

In France, companies, public authorities and individuals are renting sheep to keep their grass lawns trimmed. Naturama, an organization from Lyon, says their project reduces carbon emissions and promotes biodiversity. (30.10.2013)

Around the world, forests are being cleared to make room for farmland. But in Central America you can find encouraging examples of agriculture that supports human life and is also forest-friendly. (27.10.2013)