Star French economist and author Thomas Piketty has turned down France's highest award in protest at President Francois Hollande's policies. Piketty's "Capital in the 21st Century" is a global best-seller. 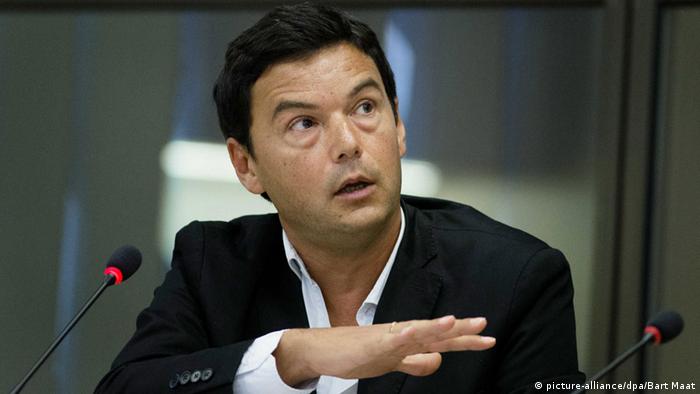 Piketty, who was once close to France's Socialist Party, on Thursday rejected the inclusion of his name among 691 nominees for France's prestigious Legion of Honor.

Instead, he told Hollande to "concentrate on reviving growth in France and Europe," adding to his criticism of the president's backtracking on fiscal reform promises.

Piketty had previously called for a widespread reform of tax laws and not just Hollande's 2012 election vow to target the super rich.

France's January 1 list of nominees for the prestigious award also includes Jean Tirole, another economist who won the Nobel Prize for economics in October for his theory that a "market needs a strong state to function normally."

Piketty told the French news agency AFP that he "refused this nomination because I do not think it is the government's role to decide who is honorable.

"They would do better to concentrate on reviving economic growth in France and Europe," said Piketty, referring to Hollande's Socialist government.

Last June, he told the newspaper Le Monde: "There is a degree of improvisation in Francois Hollande's economic policy that is appalling."

France's economy is stagnant, joblessness has mounted and its deficit has risen despite repeated pledges to bring it within an EU-imposed threshold.

In his bestselling book "Capital in the 21st Century" Piketty used 300 years of data, also compiled by co-researcher Emmanuel Saez, to document a widening gap between rich and poor in a world of growing inequality.

Worldwide, 1.5 million copies of his book have been sold.

The English-language version caused a furor in the United States. New York Times columnist Paul Krugman said it demolished the myth that "great wealth is earned and deserved".

Its recommendations were not accepted by all. In his home country, Piketty's work drew mixed reactions. In Germany, Piketty's work is currently ranked the ninth most popular factual book on the list compiled weekly by the newsmagazine Der Spiegel.

Backing for his inequality verdict came in December in a report from the Organization for Economic Cooperation and Development. The OECD told member nations that reducing inequality, for example, by diverting more tax revenues into education, would help to lift economic growth

The Legion of Honor is France's highest award for civilian and military service.

Also among Thursday's list of 691 nominees is Patrick Modiano, the French winner of the 2014 Nobel Prize for literature.

Piketty is not alone in turning down the award, which was created by Napoleon Bonaparte in 1802. Those who in the past have refused the honor include French literary notables Albert Camus, Jean-Paul Sartre and Simone de Beauvoir as well as master artist Claude Monet and celebrated anti-poverty campaigner Abbe Pierre.