The rich get richer because they have more capital to start with, French economist and author Thomas Piketty says. In an interview with DW, he says for many there is no hope of creating wealth through hard work. 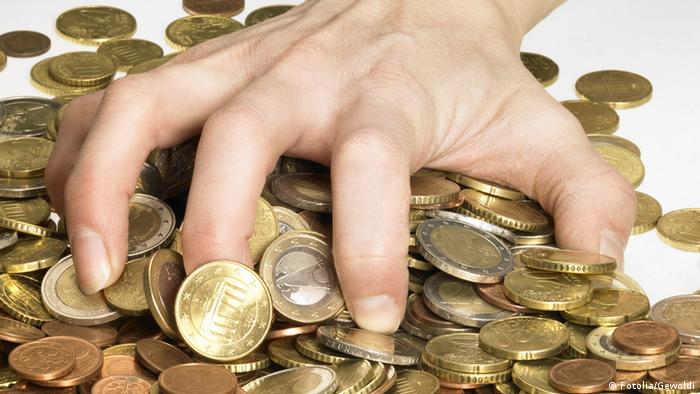 DW: Your book "Capital in the Twenty-First Century" has been very successful. What was your goal in writing it? Do you believe you can change things for the better?

Thomas Piketty: My real objective is to convince people these issues of income and wealth are too important to be left to economists and statisticians; that they are important for our democratic debate.

Ultimately my real objective is to provide a lot of historical evidence on income and wealth so that people can make up their own minds. But the social sciences are not an exact science. So I don't expect people to agree with all of my conclusions. These will always be controversial issues.

What form should our economic model take to improve the ability of ordinary workers to create their own wealth? 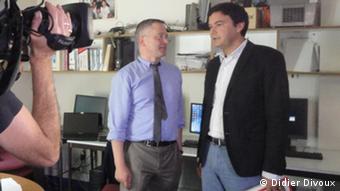 There are different policies that are important. In the long run, there are investments in education, including higher education. It's a powerful tool that can reduce inequality.

One problem with Europe right now is that we are putting more money into interest payments on our public debt than we are investing in our universities. And this is not good for the future.

Any other suggestions to boost the return on labor?

Progressive taxation is important. We need a fiscal system that reduces the tax burden on those who have only income from their labor, and who are starting life without any wealth or capital.

Which leads us nicely to the main claim in your book - that many workers these days have no hope of saving to create wealth, they just scrape by. Why is that?

It was easier for the baby-boomer generation in the post-war period. With very high growth rates, it was easier to start with only labor income to accumulate wealth over the long term in the economic landscape at that time.

Whereas today, for the current generation, if you want to become a property owner in a big capital city with only your labor income, this has to be a very good income. So I think we need to have a tax system that focuses less on taxing labor income, particularly in the lower and middle wage sector, and that asks more of accumulated wealth and higher incomes.

What's wrong with the current system?

It reduces wealth mobility and this is bad, because wealth mobility is actually good for economic efficiency, for entrepreneurship. It's like Warren Buffett once said, you don't want to choose the Olympic team of 2030 "by picking the eldest sons of the gold-medal winners in the 2000 Olympics." You know you need mobility in society.

You have compiled data from the most important industrialized and emerging economies by looking at income statistics. But in Germany, for example, there are no official statistics about wealth.

Most importantly, what we need is more transparency about income and wealth, and to me the main virtue - the main objective - is progressive taxation of income and wealth. This is also a way to produce reliable public information on how the different wealth groups and incomes are doing.

So, international taxes. How is that supposed to work? EU countries are competing for investors and capital by offering lower taxation wherever possible.

You are perfectly right. With each country doing taxation separately, this is very difficult. For instance, multinational corporations right now are paying less than small and medium-sized companies - in Germany or in France or in Italy, everywhere in Europe - because we are competing to attract investment from the large multinationals.

At the end of the day, multinational corporations are able to utilize the differences in national tax flows and they are paying a lower effective tax rate than smaller and medium-sized business. That is very negative. Not only in terms of equity, but also in terms of efficiency and growth.

The solution is relatively simple: we need a common tax policy. It is not possible that we can have a common currency with 18 different tax and social systems, in competition with one another, with 18 different public debts and interest rates so that the financial markets can speculate.

So the solution in my view is that we need a much closer political and fiscal union in Europe, first with a smaller number of countries within the eurozone and then with more countries.

You seem to be quite optimistic about this…

We have made progress recently in terms of the international transmission of bank information, but this will take time - and it will take sanctions. We cannot just ask politely that tax havens be stopped.

So far in Europe we have been extremely naive about this. We believed by just asking politely we would make progress, but the only reason why Switzerland finally agreed to the automatic transmission of bank information is that the US government put sanctions on Swiss banks.

The accumulation of capital of the wealthiest in our society also has an impact on the middle classes. What are the main points here?

But if you look at the US you can see a concentration of income and wealth that is getting so high that many people believe it is threatening the mechanics of democratic institutions, with the political process held captive by elite groups. In the US, where you have unlimited private money in politics, this is becoming a real issue.

What's your assessment of the state of the US and European economies?

What we see in Paris and all over the eurozone is a situation of economic stagnation and growth rates close to zero. The rate of inflation is close to zero. Unemployment rates have grown a lot.

What I find particularly sad is that, initially, our public debt situation was not worse than in the United States or Great Britain or Japan. But here we have transformed the public debt crisis into a big crisis of confidence and long-term stagnation. So this is our main problem.

What's the impact of the crisis on everyday life?

In some countries one-quarter of the young generation don't have a job. They don't even have income from labor. And even if they have labor income, it is much more difficult with a very low growth rate to begin capital accumulation - for instance to become the owner of your flat or your house - than it used to be.

So more generally, the big danger that we have in Europe is that more and more people feel that globalization is not really working for them or that high wealth holders are getting a disproportionate share of globalization, and I think this is very dangerous because it is feeding extremist movements.

Economic liberals argue that enough money is being released into the economy at the moment and that the capital gains rich people make are not being taken away from other people.

The question is, does it create efficiency to pay executives 10 million dollars in performance bonuses instead of one? I looked at the data, and I tried and failed to find any evidence this was beneficial. So I think at the end of the day, it is just a cost borne by the rest of the economy and by lower- and middle-income groups.

Thomas Piketty, 43, is a French economist who focuses on wealth and income inequality. He is a professor at the Ecole des Hautes Etudes en Sciences Sociales (EHESS) and the Paris School of Economics. His latest book "Capital in the Twenty-First Century" has sold a combined 800,000 copies in English and French. The German version was published on October 7.

Brazil's economy is flagging shortly before the election. But despite stagnation and growing inflation, frontrunners Rousseff and Silva debate about social programs and don't focus their campaigns on economic policy. (02.10.2014)

In its latest assessment of gross financial resources in private households around the globe, German insurance group Allianz has found the world is getting richer again. The rise of the middle class is pivotal. (23.09.2014)

There are more billionaires in Europe than in North America and their collective wealth exceeds that of their counterparts across the pond, a new study has shown. Asia's super-rich saw their riches rise the fastest. (17.09.2014)