Global Wealth Report sees middle class on the rise in most regions | Business | Economy and finance news from a German perspective | DW | 23.09.2014

In its latest assessment of gross financial resources in private households around the globe, German insurance group Allianz has found the world is getting richer again. The rise of the middle class is pivotal. 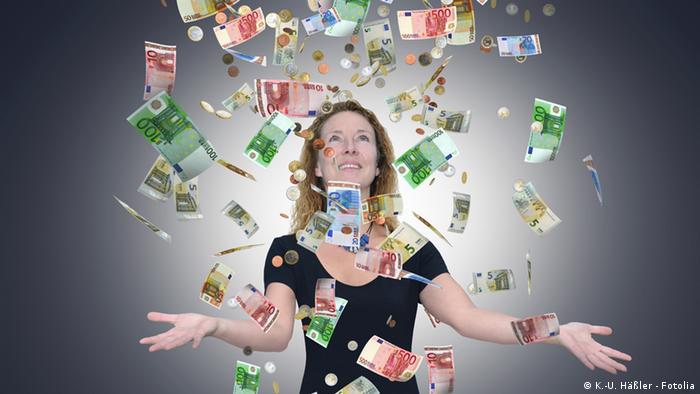 In the fifth edition of its Global Wealth Report, Allianz said Tuesday gross financial reserves in private households jumped by 9.9 percent in 2013 year-on-year, marking the biggest annual increase since 2003.

Germans for instance owned a total of 5.153 trillion euros ($6.625 trillion) last year; that is 4 percent more than in 2012 and makes them appear richer than ever before.

Analyzing wealth and debt levels in over 50 nations, Allianz said people across the globe shared a record sum of 118 trillion euros in 2013. the insurer cited excellent developments on stock markets as a driving force behind the global wealth increase.

Wealth up, debt too

Adjusted for population growth factors, almost half a billion people worldwide succeeded in rising to the middle-income category, defined by Allianz as citizens owning between 5,300 and 31,800 euros.

Researchers at the insurance group pointed out that this middle class doubled in Latin America since the year 2000. Over the same period, it even tripled in eastern Europe and grew sevenfold throughout Asia.

"Those figures show that globally more and more people are able to profit from prosperity, belying any talk of growing inequality," Allianz Chief Economist Michael Heise said in a statement.

But the report also made it abundantly clear that wealth was anything but spread evenly across the globe. It also pointed out that as global wealth increased in 2013, so did total debt levels in private households. Last year saw a 3.6-percent surge in private debt worldwide, the highest annual increase since the onset of the global financial crisis.