French nationalists have slammed presidential candidate Emmanuel Macron for addressing a conference in English during a Berlin visit. Macron showed "no respect" for the French language, the National Front (FN) said. 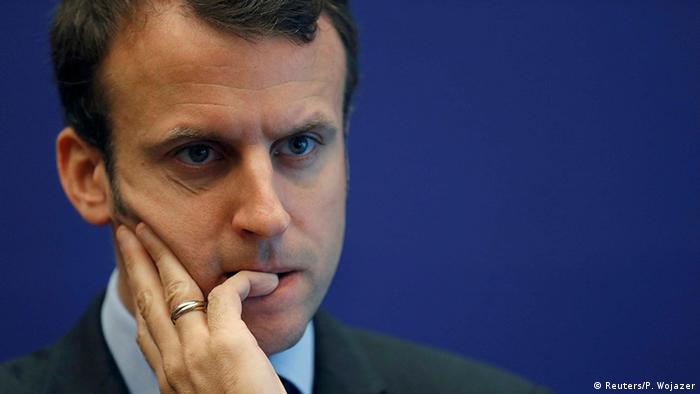 The 39-year-old drew attention with the lengthy speech he gave at Berlin's Humboldt University during an official trip to the German capital. In the address, Macron focused on the future of the EU and ties between France and Germany, and - in an unusual move for a French politician - he spoke in English.

"Presidential candidate Macron goes to Berlin to do a conference in English... poor France!" FN leader Marine Le Pen wrote in a signed tweet on Tuesday.

Macron, who also speaks German, is currently among the most popular politicians in France, according to the AFP news agency. With the French presidential vote looming in April, the former economy minister could overtake Le Pen and mainstream party candidates and fight his way into the run-off round. Macron was visiting Berlin as a part of his tour promoting the new En Marche party.

The centrist candidate is explicitly pro-European and hasrepeatedly praised Germany's refugee policy, while at the same time calling for reform within the EU. His policies run opposite to the National Front, which urged a French referendum to leave the bloc.

On Tuesday, the party's vice president Florian Philippot responded angrily to a tweet praising Macron for being multilingual.

"He just shows that he has no respect for our language and that he doesn't believe in France," Philippot wrote.

In France, both the government and the media put great effort into promoting French and preserving its purity. The outgoing president, Francois Hollande, speaks very little English. One of his predecessors, Jacques Chirac, walked out of an EU conference in 2006 when a French businessman addressed the attendees in English.

While France remains proud of its language, an overwhelming majority of students believes a president should speak fluent English, according to a survey cited by the French edition of the Local news site.