French President Pulls Out Stops Ahead of Mediterranean Summit | Europe | News and current affairs from around the continent | DW | 12.07.2008

French President Pulls Out Stops Ahead of Mediterranean Summit

French President Nicolas Sarkozy is holding talks with key Mideast leaders ahead of the launch of the Mediterranean Union. These include the Syrian President whose visit to Paris marks his international comeback. 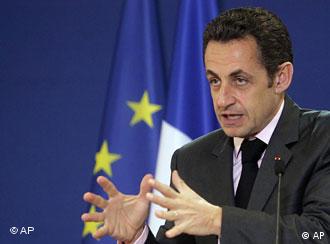 Sarkozy has a "great dream of peace"

The French president is hoping that the new Mediterranean Union -- his own brainchild -- will give new impetus to conflict resolution in the Middle East. But there are fears that Sarkozy's ClubMed concept lacks true substance.

Relations between the two countries remain strained. Syria is suspected of being behind the assassination of former Lebanese Prime Minister Rafiq Hariri in 2005.

Assad's reception at the Elysee Palace marks his return to the international stage. The Syrian president was shunned by Sarkozy's predecessor Jacques Chirac after Hariri's killing.

On Sunday, the date of the union's official launch, Sarkozy, Israeli Prime Minister Ehud Olmert and the president of the Palestinian Authority, Mahmoud Abbas, are expected to issue a joint statement. 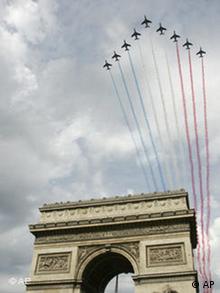 A three-hour summit meeting will follow, attended by representatives of more than 40 nations and major international organizations.

The French president is hoping to make the launch of the Union one of the centerpieces of France's EU presidency and is marking the event with much pomp and ceremony.

France celebrates its national holiday on Monday, and the Mediterranean Union members have been invited to take part in the extravaganza.

But there are fears that once the show is over, the Union will still be little more than a rough draft, an idea looking for an identity.

One problem is that, due largely to European bickering and rivalry, the union has been changed substantially from Sarkozy's grandiose original concept.

Earlier this year, Sarkozy said the union would "change the world," and during his presidential campaign he described it as a means "to end all hatreds, to make way for a great dream of peace and a great dream of civilization."

But the "dream" ran into hard reality from the very start, beginning with protests by German Chancellor Angela Merkel, who objected to the EU -- and therefore German taxpayers -- paying for a project that would help French companies acquire lucrative contracts in water management, sea purification and nuclear energy.

In addition, Merkel wanted more EU focus and funds placed into the union's expansion to the east.

Originally conceived as a union restricted to countries on the Mediterranean Basin, it was redrafted into an upgrade of the EU's

already existing Barcelona Process, with the aim of linking more closely the 17 non-EU nations along the Mediterranean with the 27 EU members.

The new union is meant to be centered around specific regional projects, such as water management, cleaning up the

Mediterranean, the transfer of nuclear energy technology, a joint program for managing immigration and cultural exchanges.

However, Merkel managed to get agreement that EU funds earmarked for the union during 2007 to 2013 would not surpass 7.5 billion euros ($11.84 billion), a modest amount for such an ambitious project and which already has officials scrambling to find other funding sources. 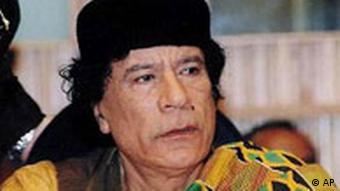 The group also received a rather cold reception from the countries it primarily concerns. For example, Turkey said it would not accept membership in the Mediterranean Union instead of EU membership, which Sarkozy opposes.

Libyan leader Muammar Gaddafi violently denounced the project, saying it would "feed Islamic terrorism" and force Arab nations to sit at the same table with Israel.

Some Arab leaders had to be coaxed into attending or sending representatives because of Israel's presence, saying that the union should not be a "vehicle" for normalizing ties with Israel. And the Israelis and Palestinians have been markedly silent about the project.

Assad has already said he would not talk with Olmert directly in Paris, so the big question in Israeli media has been whether the two men will actually shake hands.

According to French media reports, the joint declaration that will be adopted during Sunday's three-hour summit meeting will be vague and formulaic.

In addition, few concrete decisions are expected to be taken, other than that France and Egypt will serve as the union's first co-chairs.

When it is all over, members and outsiders may be left wondering what all the shouting was about.

German Chancellor Angela Merkel will avoid holding official talks with Syrian president Bashar al-Assad when they meet at a Euro-Mediterranean summit in Paris at the weekend, according to officials in Berlin. (11.07.2008)