France′s EU Presidency Gets Off to a Rocky Start | Europe | News and current affairs from around the continent | DW | 01.07.2008

France's six-month leadership of the EU began turbulently Tuesday, July 1 with President Sarkozy involved in a bitter war of words with the EU's trade chief and Poland refusing to sign the embattled Lisbon Treaty. 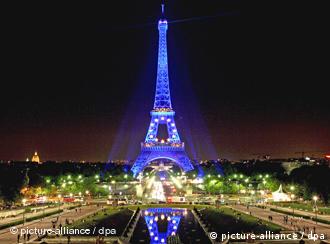 French President Nicolas Sarkozy faced mounting troubles as his country assumed the rotating six-month EU presidency on Tuesday, July 1 with grand pledges of moving beyond the crisis triggered by the recent Irish rejection of the treaty meant to reform the 27-nation bloc.

The first sign of trouble came early Tuesday when Polish President Lech Kaczynski Kaczynski said it would be "pointless" signing the Lisbon treaty following its rejection by Irish voters in a referendum on June 12. The treaty, intended to overhaul the bloc's institutions, needs the backing of all 27 member states to come into force.

Kaczynski, a Eurosceptic, helped negotiate the treaty but his party is now in opposition. Prime Minister Donald Tusk said ratification of the Lisbon Treaty was in Poland's interest. 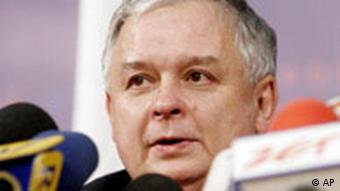 Kaczynski was quoted by the daily Dziennik on Tuesday as saying he would not endorse the treaty until Ireland changed its stance and made the decision on its own, without giving in to pressure from other EU members.

Kaczynski's move follows a statement by German President Horst Koehler on Monday that he was suspending ratification of the treaty following a request to wait from Germany's constitutional court.

German opponents of the reform treaty went to the court demanding injunctions against its ratification. It may take until next year for the constitutional court to give a verdict.

With the Czech Republic also waiting on a court decision before ratifying, Sarkozy will doubtless have to spend much of the next six months trying to save the treaty.

Sarkozy admitted as much on Tuesday, saying that resolving the treaty crisis had become the top priority of the French EU presidency.

Sarkozy's office in the Elysee Palace warned Kaczynski that he risked preventing the EU from taking in new members, such as Croatia or Ukraine, which Warsaw had supported. 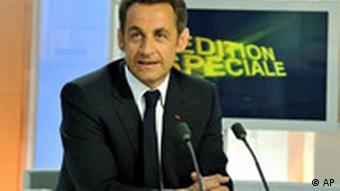 In an interview on French television late Monday, Sarkozy had said the EU would take in no new members until the Lisbon Treaty is ratified.

"There will be no enlargement of Europe if we can not reform its institutions," he said.

The Lisbon Treaty wasn't the only issue that threw a damper on what was billed as a proud day for France when it took over the helm of the EU from Slovenia.

Sarkozy sparked outrage in the EU after he criticized EU Trade Chief Peter Mandelson in a French television interview on Monday, suggesting Mandelson was trying to force an unfavorable trade deal on Europe.

Sarkozy spent his Monday television appearance criticizing many aspects of the EU, such as the expertise of the European Commission's fisheries experts, the EU's value-added tax rigour, the European Central Bank's refusal to lower interest rates and Mandelson's policy on trade negotiations.

"Europe is worrying its citizens. There have been mistakes in the way Europe has been put together. We have to change the way it is being put together," Sarkozy said.

Sarkozy has long been critical of the British EU trade commissioner, accusing him of offering too generous concessions on farming in fraught negotiations. 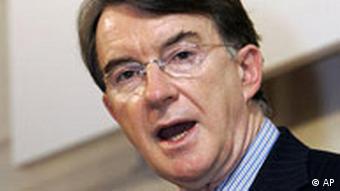 Mandelson's trade dealings were singled out by Sarkozy

"President Sarkozy's further attack on Peter Mandelson, as EU trade negotiator, as well as Pascal Lamy, is disappointing. Such criticism is wrong and unjustified," Mandelson's spokesman said in a statement.

"At a difficult time in world trade negotiations, the EU needs to maintain its unity. The (European) Commission will continue to work in the interests of all member states to get a fair and balanced outcome in the Doha round" of world trade talks, the spokesman said.

Sarkozy, whose popularity is sinking at home, has said he hopes to be able to concentrate on five main areas as head of the EU presidency -- immigration, defense, energy and the environment, agriculture, and the most high-profile project: the July 13 launch of a new Union for the Mediterranean.

But his top priority will now be to salvage the Lisbon Treaty, he said Monday, adding that EU countries must continue ratifying the charter.

Sarkozy is due to travel to Ireland on July 11 to hear first hand the concerns of Irish voters.

Ireland's rejection of the EU reform treaty has presented France with a weighty challenge at the start of its six-month presidency. DW-WORLD.DE asked EU experts about the options for the months ahead. (01.07.2008)