French police have arrested a man suspected of killing four people in a shooting at the Jewish Museum in Brussels last week. Reports say he may have jihadist links in Syria. 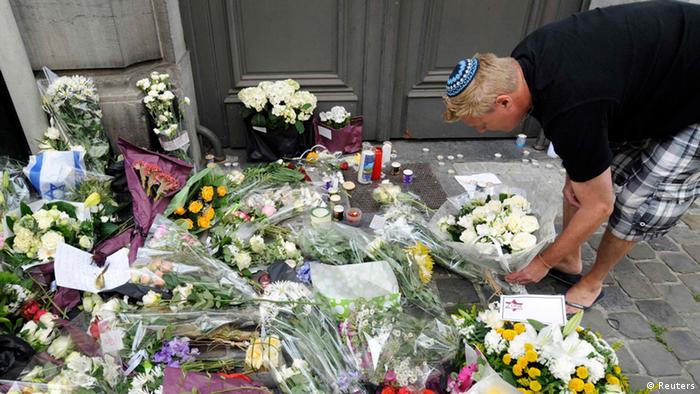 The suspected gunman, a 29-year-old Frenchman, was arrested on Friday in the southern French town of Marseille, a spokeswoman for the Belgian federal prosecutor said on Sunday.

Sources said he was in possession of a Kalashnikov rifle and a handgun similar to those used in the attack on May 24.

Customs officials reportedly detained the man at a bus station in Marseille as he arrived on a bus coming from Brussels.

A judicial source said the suspect had been detained on suspicion of murder and attempted murder in connection with a terrorist operation.

The shooting at Brussel's Jewish Museum killed three people outright - an Israeli couple and a Frenchwoman - while the fourth victim, a 24-year-old Belgian man, is reported to be clinically dead.

The suspect, who is originally from the town of Roubaix in northern France, is believed to have traveled to join Islamist fighters in Syria in 2013. He is reportedly known to the French domestic intelligence agency, DGSI.