The merger would have been the largest in the luxury retail sector. But Paris-based LVMH pulled the plug this week on its acquisition of Tiffany after the French government requested a delay to assess US tariffs. 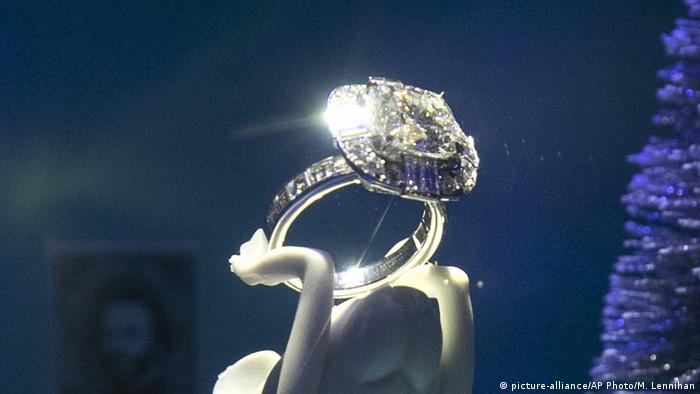 A $16.2-billion (€14-billion) buyout by French luxury giant Moet Hennessy Louis Vuitton (LVMH) of US jeweler Tiffany & Co. fell through this week after the French government expressed fears over US tariffs on French goods.

After months of talks between the two sides, LVMH finally announced plans last November to acquire Tiffany, an American icon founded in 1837. LVMH, which had coveted the US jeweler for years, is the world's largest luxury goods conglomerate and many saw the deal as a lifeline for its US counterpart.

But LVMH's withdrawal had been coming for some time, after it sought to renegotiate the takeover agreement in March at the start of the lockdowns and a big fall in Tiffany's sales. In May its senior management reportedly began cutting off even informal discussions with senior Tiffany personnel.

On Wednesday Paris-based LVMH said in a statement it could not complete the deal with Tiffany "as it stands," citing a request from the French government on August 31 to delay the deal beyond January 6 because of the threat of US tariffs on French goods.

The US has been threatening tariffs on luxury French products in retaliation for taxes on technology companies that have hit American firms like Amazon, Facebook and Google. 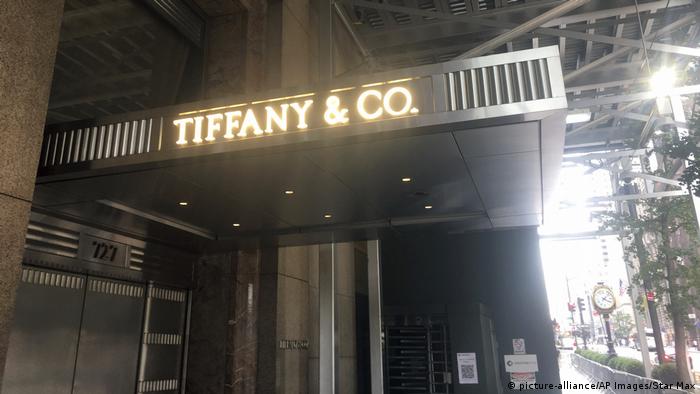 Tiffany immediately sued to enforce the deal, asking a Delaware court to force LVMH to complete the merger or award Tiffany damages. The initial agreement allows Tiffany to pay a termination fee of $575 million to walk away from the deal, but LVMH doesn't have the same option.

The New York-based firm claims that LVMH's argument for halting the buyout has no foundation in French law and that LVMH hadn't attempted to seek the necessary antitrust approval. LVMH said the necessary approvals were expected in October.

On Thursday, the Paris-based conglomerate — whose holdings include Christian Dior, Louis Vuitton, Moet & Chandon, Bulgari and Sephora — issued a statement threatening legal action of its own. Among other things, LVMH criticized Tiffany for issuing dividends even as it was losing money.

In what would have been — and could still be — the sector's biggest-ever buyout deal, LVMH agreed to raise its offer several times, finally accepting $135 a share, which translated into an equity value of $16.2 billion.

It was an all-cash figure that was 22% higher than the New York-based company's share price in November 2019. The deal was expected to be completed by this June, with a merger deadline of August.

The acquisition would consolidate the French company's position as a big player in the watch and jewelry sectors. It would reportedly double the size and profitability of its portfolio in that category, which includes brands like Bulgari, Chaumet, Hublot and Tag Heuer, and accounts for roughly 9% of LVMH sales.

Tiffany had been trying to transform its brand, but is facing uncomfortable prospects beyond a costly legal battle with LVMH. In the six months ending on July 31, Tiffany had revenue of $1.3 billion compared with $2.05 billion in the same period of 2019. Tiffany operates 321 stores worldwide and reported $4.4 billion in revenue last year.

In the end a deal may eventually be completed, potentially at a discounted price as its value has been eroded by wider industry troubles caused by the coronavirus pandemic. Global luxury sales are set to contract 25-45% in 2020, according to estimates by Boston Consulting Group.

In August in the US a number of major retailers filed for bankruptcy protection to try to save their businesses, including the 118-year-old department store chain JCPenney. For mergers and acquisitions the new world order has changed the rules, with a number of other deals called off or in doubt. The battle brewing between two of the biggest names in global luxury is one the biggest examples of this fracturing of deals agreed before the pandemic devastated retailers.

A furniture company in eastern Germany can look back at a truly moving history. For some time now, it's been riding a wave of success, and yachts are playing a major role in this, as Hardy Graupner reports from Dresden.