French legislators worried about rise of the burka | Europe | News and current affairs from around the continent | DW | 18.06.2009

The growing numbers of women in France who wear the burka, the head-to-toe Islamic veil, are causing concern among French lawmakers who want to set up a national commission to investigate the phenomenon. 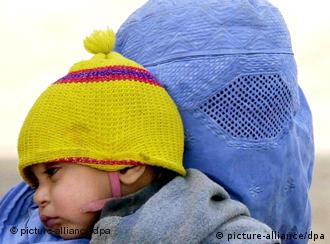 Some French legislators have called the burka a "moving prison"

Close to 60 legislators signed a proposal Wednesday, June 17, calling for a parliamentary commission to look into the spread of the burka, a garment that they said amounted "to a breach of individual freedoms on our national territory."

"Today, in many city neighborhoods, we see several Muslim women wearing the burka, which covers and fully envelops the body and the head, like a moving prison, or the nijab which allows only the eyes to be shown," said Communist MP Andre Gerin, a legislator and one of the leaders of the drive for the parliamentary commission.

"We find it intolerable to see images of these imprisoned women when they come from Iran, Afghanistan or Saudi Arabia. They are totally unacceptable on the territory of the French republic," Gerin wrote in a text outlining his proposal.

He said a growing number of Muslim women in France, not only in big cities but also in rural areas, were wearing burkas. While no official figures for women wearing burkas were quoted, anecdotal evidence suggests there has been a rise.

Gerin's proposal is backed by 58 MPs, many of whom are from President Nicolas Sarkozy's right-wing UMP party, and is expected to come up for a vote in the National Assembly. If the lower house agrees to set up the commission, it would draft a report to be released no later than Nov. 30, said Gerin. 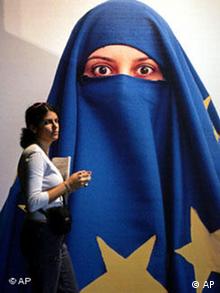 Some say the burka has no place in French society

France is home to Europe's largest Muslim minority and is strongly attached to its secular values and to gender equality. Many French people see the burka as an infringement of women's rights which is increasingly being imposed on women by fundamentalists.

The country has been divided by fierce debates about how best to reconcile those principles with religious freedom.

France passed a law in 2004 forbidding students from wearing veils and other religious symbols in state schools as part of the government's drive to defend secularism.

Critics say the law stigmatized Muslims at a time when the country should be fighting discrimination in the job and housing markets that has caused a rift between mainstream society youths from immigrant backgrounds.

Last year, the top administrative court, the State Council, refused to grant French citizenship to a Moroccan woman on the grounds that her Muslim practices were incompatible with French laws on secularism and gender equality. The 32-year-old woman, who had been living in France since 2000, wore a burka.

"We have to be able to open a loyal and frank dialogue with all Muslims about the question of the place of Islam in this country ... taking into account the slide towards fundamentalism (of some Muslims)," said Gerin. 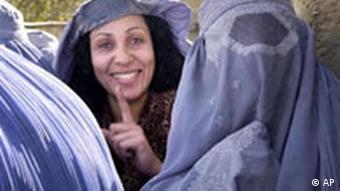 Women's groups in France want a debate on the burka

A prominent women's rights group came out in favor of the proposal, saying the burka was "a symbol of women's oppression" and that there should be a national debate on whether it should be allowed in public places.

"We shouldn't be afraid to talk about it," said Sihem Habchi, head of Ni Putes, Ni Soumises (Neither Whores or Submissive), a group created to help women living in France's rundown, largely Muslim suburbs.

Paris Mosque rector Dalil Boubakeur also supported the proposal for a commission of deputies "on the condition that they listen to what the experts on Islam have to say" on the issue. "Islam in France should be an open, liberal, convivial Islam that allows people to live side by side," he told Le Parisien newspaper.

Boubakeur, a former head of France's government-approved Muslim council, also said the increasing use of burkas in France was linked to "an excess, a radicalization" among some Muslims and that "some fundamentalist trends are gaining ground."