Europe’s top courts have ruled in favor of a French school that expelled two Muslim girls for refusing to remove their headscarves for physical education classes. The ruling fuels the debate over secularism in France. 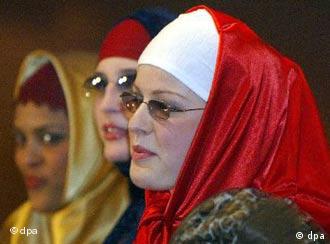 Headscarves have been banned in French schools

The European Court of Human Rights has dismissed a complaint by two French Muslim girls that their school violated their freedom of religion and their right to an education. The girls were expelled after repeatedly refusing to remove their headscarves for physical education classes.

The teacher had said that wearing a headscarf was incompatible with physical education classes. The girls, Belgin Dogru and Esma-Nur Kervanci, are French nationals and were 11 and 12 respectively when they were expelled from the school in the north-western town of Flers in 1999.

Based in Strasbourg, the European Court of Human Rights ruled on Thursday, Dec. 4 that the school's move to expel the girls was not out of line, emphasizing that the girls had been able to continue their education via correspondence classes.

"It was clear that the applicants' religious convictions were fully taken into account in relation to the requirements of protecting the rights and freedoms of others and public order," the court said in a press release. 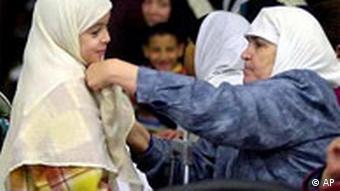 Religion has no place in France's schools

The court also observed that the purpose of the restriction on the applicants' right to manifest their religious convictions was to adhere to the requirements of secularism, a hot topic of debate in France.

Secularism is taken very seriously in the country's state schools, and in 2004 a law was passed that bans pupils from wearing conspicuous signs of their religion at school.

Referring to France as the Catholic Church’s “eldest daughter,” Pope Benedict began his four-day visit to the nation by calling upon the French to rethink the separation of religion and state. (12.09.2008)

The German government sharply criticized a Turkish prosecutor's attempt to ban the ruling Justice and Development Party (AKP) for anti-secular activities, saying it will undermine Turkey's efforts to join to join the EU. (17.03.2008)