France’s lower house of parliament has passed an immigration bill that would strip naturalized citizens of their citizenship, if convicted of murdering a police officer, judge or other representative of the state. 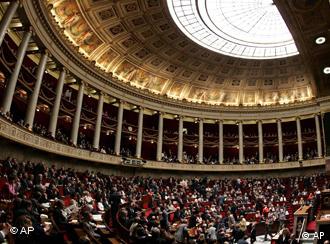 Lawmakers in the National Assembly approved the measures to strip foreign-born criminals of their French nationality and expel European Union citizens for certain crimes. The new rules are part of President Nicolas Sarkozy's law and order crackdown.

The bill calls for any foreign-born citizens naturalized for less than 10 years to be stripped of their citizenship if convicted of violent crimes against police officers or other public officials. This punishment currently applies only to terrorism charges.

The new measures would also allow the police to deport foreign nationals, including those from other EU countries, for repeated acts of theft, aggressive begging, or for illegally occupying land - a move that appears to target foreign-born Roma gypsies living in France.

In addition, the new law will make it easier to expel any foreigner who is considered a burden on France's social welfare system. 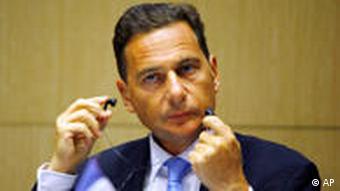 Sarkozy's government drew condemnation from EU officials in recent months for rounding up hundreds of Roma from illegal camps and deporting them to Romania and Bulgaria.

He hailed the measures, which passed comfortably in the first reading, 294-239, calling the vote “a big first step in the building of a European immigration policy.”

Critics, however, claim that the plan will make second-class citizens of immigrants who obtain French nationality.

The draft legislation still has to be put before the senate.

Thursday's EU summit in Brussels became a showdown over France’s controversial Roma deportations. There, President Sarkozy pledged to continue with the policy, saying it did not focus on one ethnic group. (16.09.2010)