Foreign Minister Ayrault has dismissed suggestions France's border with the UK should be moved to UK soil post-Brexit. Local politicians are calling for a return of border controls to the UK. 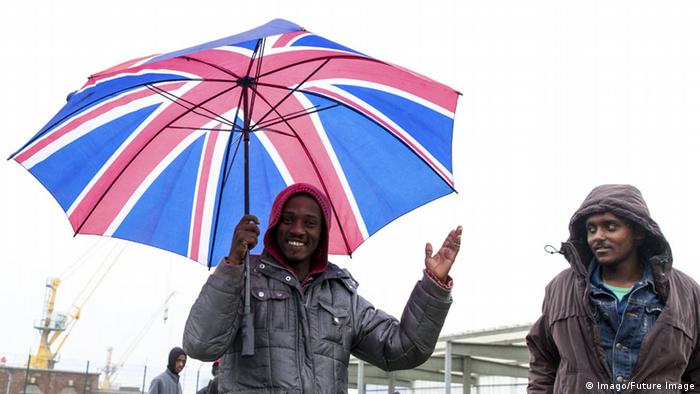 Dismissing the option, Ayrault said: "Would that also mean putting in place boats for people who otherwise risk drowning? I think we should be serious," he said, adding that other bilateral immigration treaties would also remain in place.

A French government spokesman also sought to allay fears on Friday, saying that bilateral immigration treaties between Britain and France would not be affected by Britain's vote to exit the EU.

"On the question of immigration, to be clear, British exit from the European Union will not lead to changes in terms of immigration treaties with United Kingdom... These are bilateral treaties," French government spokesman Stephane Le Foll said.

Natacha Bouchart, mayor of the northern French city of Calais, called earlier on Friday for Britain to carry out immigration checks on the UK side of the English Channel after the Brexit vote. 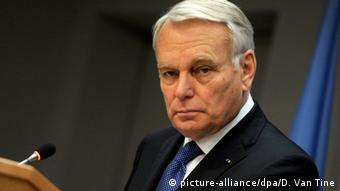 Ayrault: 'I think we should be serious'

Under a deal signed in 2003 known as the Touquet Agreement, Britain can conduct checks in Calais to stop migrants trying to get into the UK.

"The British must take the consequences of their choice," Bouchart said earlier on Friday. "We are in a strong position to push, to press this request for a review and we are asking President (Francois Hollande) to bring his weight [to the issue].

"We must put everything on the table and there must be an element of division, of sharing," she said. "We will not continue to guard the border for Britain if it's no longer in the European Union."

"The English wanted to take back their freedom: they must take back their border," Xavier Bertrand, president of the Hauts-de-France region in which Calais is located, said on Friday.

France warned before Thursday's referendum that a Brexit vote could see the camp that houses thousands of migrants being moved from Calais to British soil.

The British authorities have made no public comments on the issue.

Those living in the camp - mainly from the Middle East, Afghanistan and Africa - hope to cross the English Channel and often use people traffickers to enter illegally.

Clashes broke out as French demolition teams dismantled huts in part of the migrant camp, known as "the Jungle," in February.

On Monday, police clashed with migrants and used tear gas to prevent repeated attempts to enter lorries waiting to travel across the Channel.

France has not been on the front line of the influx of migrants to Europe in the last 18 months, with many refugees seeing it as a transit country to other destinations in northern Europe.

Many have gathered around the northern coast - especially in Calais - hoping to cross the Channel to reach Britain. About 80,000 people applied for asylum in France in 2015, but that was only 20,000 more than in 2014. Germany, by comparison, received a million asylum requests in the same period.

Eighteen migrants have been picked up from a boat off the English coast after the alarm was raised by their relatives in France. Two Britons on board are suspected of being people-smugglers. (29.05.2016)

A British aid convoy on its way to the main refugee camp in Calais has been banned from entering France. Authorities have cited security concerns, but activists have taken their protest to London. (18.06.2016)