French film icon Jean-Paul Belmondo at 85: his most memorable roles

"I would say I've done everything I wanted to," says Jean-Paul Belmondo. Take a trip down memory lane as the star of the French New Wave and countless gangster movies celebrates his 85th birthday.

"You really suck," says Jean-Paul Belmondo playing small-time criminal Michel Poiccard at the end of "Breathless," a 1960 movie directed by Jean-Luc Godard. It's with this sentence that the career of this now-legendary French actor took off.

It wasn't his first film, but it was his breakthrough. At the age of 26, he embodied the free spirited French rebel who accepts no rules except his own.

Read more: 'The Death of Stalin': The film that dares viewers to laugh about the Russian dictator

With his role in "Breathless," he became one of the central figures of French New Wave cinema of the late 1950s and 1960s. It was the cinema of the unconventional, independent and unpredictable; its directors dared to innovate and create new aesthetics.

Jean-Luc Godard, Francois Truffaut and Claude Chabrol — three major directors of the cinema of that era — all wanted Belmondo in front of their cameras.

Looking at Belmondo's career, one can have little doubt that he enjoyed his job.

Out of the 80 movies in his filmography, half were shot in the 1960s. His roles have also shown that he is a versatile performer who is not afraid of taking up very different roles. Even though people may know him mainly from crime and thriller features where he portrayed gangsters or cops, he also starred in melodramas with Romy Schneider and Alain Delon. 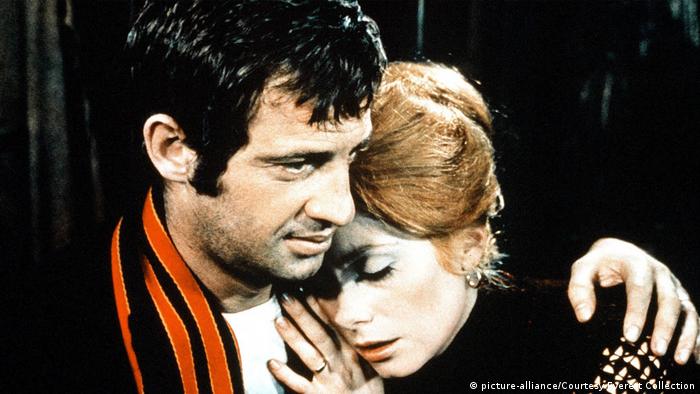 His distinctive features and typically macho attitude made him shine in many films of the 1970s and 1980s. During those decades, he starred in his most popular titles, including "The Professional," whose theme song by Ennio Morricone made the film famous across the world.

Belmondo was his own stuntman

He didn't need a stunt double for the many dangerous and spectacular scenes he took part in — he did them himself.

In the 1980s, he made fewer films and returned to his theatrical roots by performing in classical theater productions.

His health took a turn in 2001 when he was admitted to a Paris hospital after suffering a stroke. The actor had to laboriously learn to speak and walk again. However, as soon as he was healthy, he was back on stage.

Still a superstar at 85

His most recent film, "A Man and His Dog," was released in 2009. However, it was a flop with critics and the public. Belmondo later apologized for the work, but acknowledged that the film had helped him overcome the effects of his stroke. 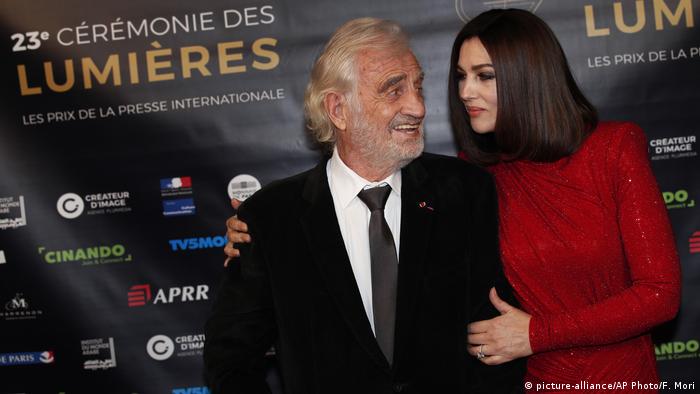 In 2010, Belmondo was honored by the Los Angeles Film Critics Association for his life's work. A year later, he received the Golden Palm in Cannes. Venice also honored the actor in 2016 with a Golden Lion, and in 2017 he received the César award in Paris.

Although he has not shot movies for a long time and prefers to live a quiet life, Belmondo is still celebrated as a superstar in France. When asked what he wanted most on his 80th birthday, he replied: "Life, life, life, life."

Is this the end of the red carpet selfie hunters? The director of France's glamour film festival says that violators of the newly imposed selfie ban will not be let in to see films. (05.04.2018)

As one of the icons of the French New Wave and Film Noir turns 85, we select the best entries from Jean-Paul Belmondo's filmography. His oeuvre contains something for everyone. (09.04.2018)