A French court has ordered former French Prime Minister Edouard Balladur to stand trial over the so-called "Karachi affair." The scandal relates to a controversial arms deal with Pakistan in the mid-1990s. 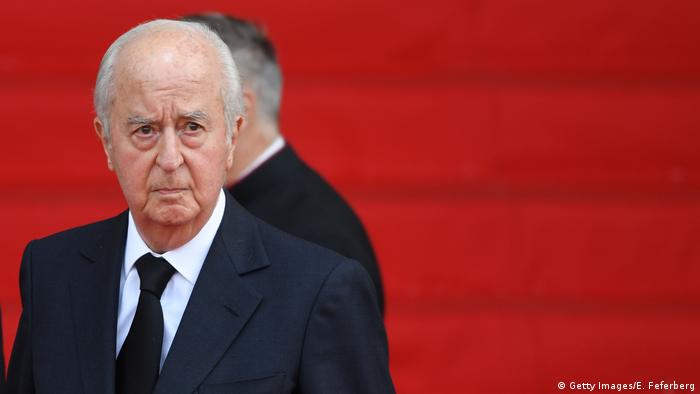 The "Karachi affair" was a major scandal involving negotiations between then Pakistani Prime Minister Benazir Bhutto and the French presidencies of Francois Mitterrand and Jacques Chirac for the sale of Agosta 90B-class submarines. A contract was eventually signed in 1994.

Balladur served as prime minister of France between 1993 and 1995 under Mitterrand but lost his subsequent bid for the presidency to Chirac.

Read more: Sarkozy under pressure to testify in kickbacks trial

The 90-year-old is to stand trial alongside ex-Defense Minister Francois Leotard, 77, in the Court of Justice of the Republic, a special tribunal for past and present members of government, prosecutor Francois Molin said. Both men have denied wrongdoing.

Balladur was charged in May 2017 with "complicity in misuse of corporate assets and concealment" over the 1994 sale to Pakistan.

The allegations surfaced after a 2002 suicide bombing in the Pakistani city of Karachi that targeted French engineers working on the submarine project. Fifteen people were killed, including 11 French nationals.

Pakistani authorities initially blamed Islamist militants, but an investigation has raised questions about whether the attack may have been in retaliation for non-payment of bribes promised to local officials.

Nicolas Sarkozy will face trial in the coming months in a corruption and influence peddling case. The former French president has been plagued by multiple scandals since losing his 2012 re-election bid. (19.06.2019)

When she enters the Elysee Palace on Sunday, Brigitte Macron will take on the role of France's "first lady," a position she hopes to redefine. Over the years, many have shaped the role to suit their personalities. (11.05.2017)