Despite widespread support within France for the death penalty, President Emmanuel Macron announced he will be campaigning on a global scale to end the practice. 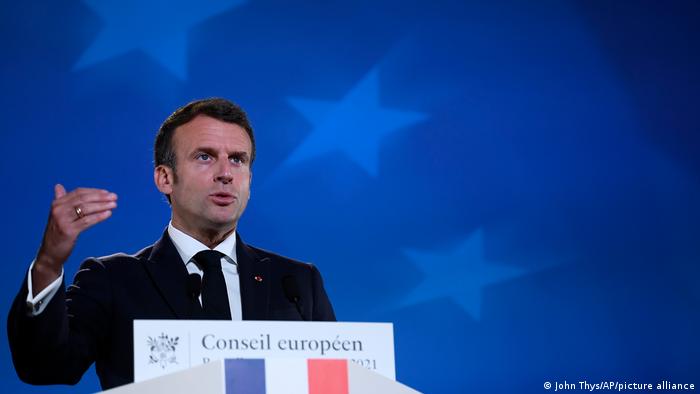 Macron described the penalty as an "abomination"

France will seek a global end to the death penalty as part of its upcoming presidency of the European Union, President Emmanuel Macron said on Saturday.

Marking the 40th anniversary of the abolition of the death penalty in France, Macron said he would convene a summit in 2022 to campaign for the moratorium.

The conference will be held in Paris as France takes over the rotating presidency of the Council of the EU in the first half of 2022.

"As part of the French presidency of the European Union, we will organize... a meeting in Paris at the highest level, bringing together civil society members from countries that still apply the death penalty," Macron was quoted by broadcaster France 24 as saying.

He said the aim was to convince national leaders of the importance and urgency of abolishing capital punishment.

France, a country once known for its infamous guillotine executions, abolished the death penalty in 1981 — when over 60% of its population still backed the execution of criminals.

It became the 35th country in the world to scrap the practice and introduced an article in its constitution that says "no one shall be sentenced to death".

Macron was speaking alongside Robert Badinter, the justice minister who steered the abolition under President Francois Mitterand and went on to campaign for a global abolition.

“I want to share with you my absolute conviction that the death penalty must disappear from the entire world as it is a shame for humanity," said Badinter. "The death penalty does not protect society, it dishonors it."

While a total of 54 countries in the world still impose the death penalty in law or practice, the number of annual executions carried out has consistently shrunk over the last decade.

Describing the penalty as an "abomination", the French leader noted with regret that "483, certainly an underestimated number, executions" had been carried out worldwide in 2020.

China, Iran, Egypt, Iraq and Saudi Arabia, respectively carried out the most executions in 2020, according to Amnesty International.

In the EU, all member states have abolished the death penalty in line with the European Convention on Human Rights. While in Europe, Belarus is the last remaining country that continues to carry out executions.