The French government has failed to protect Algerian soldiers who fought with the French troops during the Algerian War of Independence, leaving many of them behind to be killed. 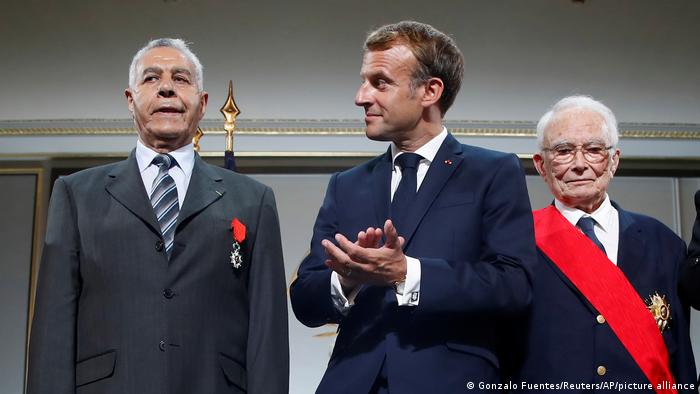 President Emmanuel Macron apologized on behalf of the French government on Monday, seeking forgiveness for abandoning 200,000 Algerian fighters after the nation's war of independence despite promises to take care of them.

Left without protection after the war that ran from 1954 to 1962, many of the Algerian Harki soldiers who fought alongside the French were massacred. Those who made it to France under their own steam were effectively imprisoned in dangerous and derelict refugee camps.

"I want to express our gratitude to the fighters," Macron said at a ceremony at the Elysee Palace. "I'm asking for forgiveness. We will not forget." The president added that France had "failed in its duty towards the Harkis, their wives, their children."

Some hecklers shouted at the president during the ceremony and accused him of making empty promises. The speech was attended by some 300 people, mostly surviving Harkis and their families.

Since assuming office in 2017, Macron has tried to tackle some of the worst aspects of France's colonial past. He's accepted responsibility for the country's nuclear testing in its former colonies and its role in the 1994 genocide in Rwanda.

The president had tasked historian Benjamin Stora with assessing how France has dealt with its colonial legacy in Algeria. Stora's recommendations included admitting to the the assassination of prominent Algerian independence fighter Ali Boumendjel and creating a "memory and truth commission."

Ahead of the ceremony on Monday, Harki survivors penned an open letter to Macron demanding that the recognition of their suffering be enshrined in French law, with one suggestion mentioning the use of reparations.

"We hope that you will be the one to end 60 years of a certain hypocrisy by which the abandoning of the Harkis is recognized in speeches, but not in the law," they wrote.