Decades after the first French nuclear test in Algeria, thousands of victims are still waiting for compensation from the government. Why is France dragging its feet over the issue? 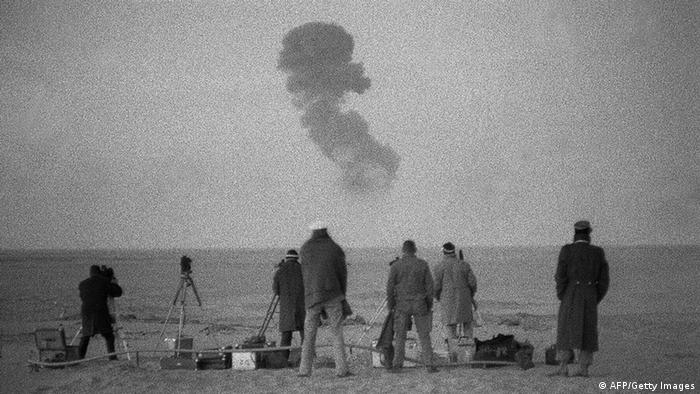 Instead of being contained underground, radioactive dust and rock escaped into the atmosphere. Everyone ran, including two French ministers. At military barracks, the group showered and had their radiation levels checked as a crude means of decontamination. "You don't see nude ministers very often," Hervieux chuckled.

But as France marks the 60th anniversary of its first nuclear test — near Algeria's border with Mauritania, on February 13, 1960 — there is not much to laugh about. Critics have long claimed more than three decades of nuclear testing may have left many victims, first in Algeria and later in French Polynesia, where the bulk of testing took place.

But so far, only hundreds have been compensated, including just one Algerian. And as key nuclear testing anniversaries tick by, the unresolved fallout of the nuclear explosions has also fed into longstanding tensions between Paris and its former colony. 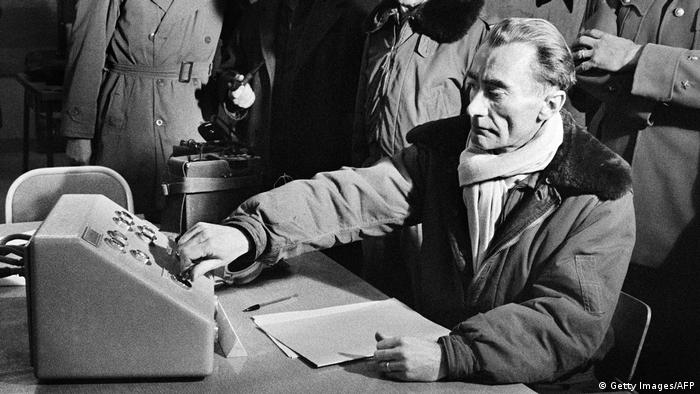 "It is part of the whole issue of decolonization, and of Algerians asking for French recognition of crimes committed" as a colonial power, said Brahim Oumansour, North African analyst for the Paris-based French Institute of International Relations. For France, he added, doing so might mean "financial compensations in the millions of euros."

Such issues are off the French government's current public radar. A major nuclear policy speech last week by President Emmanuel Macron made no mention of them. France's compensation commission says it has responded to claims that meet criteria set out by law.

The French Defense Ministry and Algerian authorities did not respond to questions about the tests.

A former electrician, Hervieux spent a decade working on the French nuclear tests, first in Algeria and later in French Polynesia. The botched Beryl explosion he witnessed in May 1962 took place two months after Algeria's independence from France. The desert testing would continue for another four years, thanks to an agreement Paris secured with Algiers. "The showers cleaned our bodies and clothes," Hervieux said of the Beryl incident, "but not what we breathed in or swallowed."

Hervieux asked French authorities for the results of his radiation tests. They were bizarre, he said. One claimed to have screened him when he was on vacation; another named his father. He was told yet another had been destroyed on grounds it was contaminated.

Altogether, Paris exploded more than 200 nuclear devices. Most were in remote atolls of French Polynesia, but the first 17 took place in Algeria's desert. In 1996, French President President Jacques Chirac called a halt to the testing.

Read more: Opinion: No Ace out of Chirac's Sleeve

"When we left Algeria, we dug large holes and we buried everything," said Hervieux, now 80, of France's departure from the desert sites, in 1966. 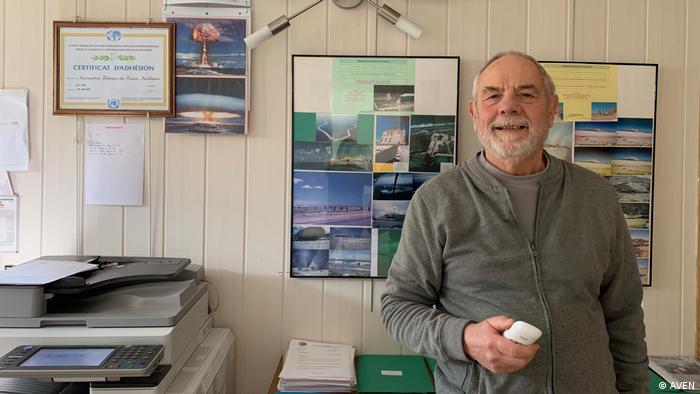 He later joined AVEN, a pressure group for victims of French nuclear tests, although he says he remains healthy.

While he did not witness ill effects in Algeria, Hervieux describes visiting a village in French Polynesia where high radiation levels had been detected. "A local teacher said children were sick and vomiting," he recalled. "Mothers were asking why their children's hair was falling out."

In Algeria, testing sites are still contaminated, activists say, many fenced off by only barbed wire, at best. "I saw radiation levels emitted from minerals, rocks vitrified by the bombs' heat, which are colossal," said retired French physicist Roland Desbordes, who has visited the sites. "These aren't sites buried in the corner of the desert — they're frequently visited by Algerian nomads," who recuperate copper and other metals from the detritus.

The former president and now spokesman for CRIIRAD, an independent French research group on atomic safety, Desbordes claims the French army has key classified information about the testing it will not open to public scrutiny, including about the health and environmental effects of the explosions. But he believes Algerian authorities also bear some blame.

"Each anniversary they talk about how these nuclear tests were not good," he said, "but it's also up to them to close off the sites to ensure nobody can access them." 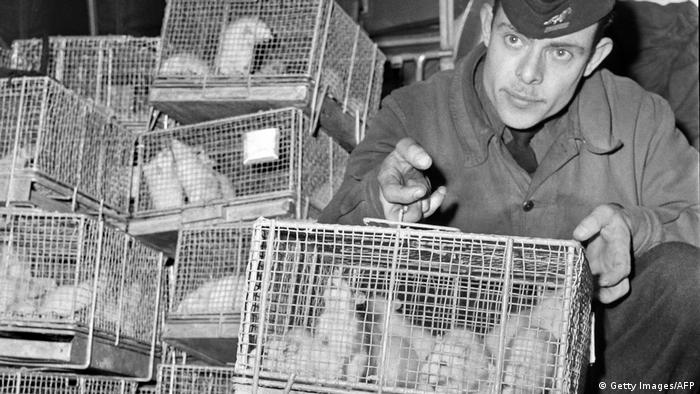 France allegedly used soldiers as guinea pigs in nuclear tests in the 1960s, exposing them to radiation from nuclear tests

Reports, including a pair of decade-old documentaries by Algerian reporter Larbi Benchiha, suggest the testing left an indelible scar on local communities. Unaware of the danger, they collected once-buried scrap metal uncovered by desert winds, and turned them into jewelry and kitchen utensils.

Altogether, between 27,000 to 60,000 people from communities surrounding the test sites were affected, according to one Al Jazeera report, citing differing French and Algerian estimates.

But out of more than 1,600 claims filed under a decade-old French compensation law that finally acknowledged health problems from the tests, only 51 have come from Algeria, according to France's nuclear compensation commission, CIVEN. A separate Supreme Court ruling recently reinstated two extra compensation claims from French Polynesia.

Among other criteria, the 2010 law requires proof of a minimum level of exposure to weapons tests, and offers a list of 23 types of cancers that qualify for compensation.

"There are very few demands and we can only judge those we receive," said CIVEN Director Ludovic Gerin, who added the Algerian claims didn't meet compensation criteria.

"We can't actively search for victims," he added, "so we're a bit blocked."