A 71-year-old Frenchman has begun a sea voyage from the Canary Islands in a bid to reach the Caribbean — in a barrel. But it's a barrel with a difference. 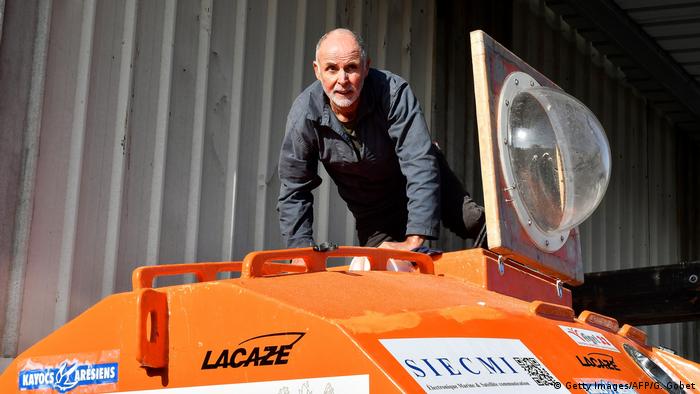 French adventurer Jean-Jacques Savin on Wednesday set off across the Atlantic in a barrel of resin-coated plywood on a voyage he hopes will take him to the Caribbean within three months.

"The weather is great. I've got a swell of 1 meter (3 feet) and I'm moving at 2 or 3 kilometers an hour (1-2 mph)," Savin told the Agence France-Presse by telephone shortly after the launch from El Hierro in Spain's Canary Islands.

Savin is optimistic that he will reach the Caribbean, the nearest islands of which are around 4,500 kilometers (2,800 miles) distant, by means of ocean currents alone. His voyage will also serve as a way for oceanographers from the JCOMMOPS international marine observatory to study such currents, as he will drop off markers on the way.

Read more: How did Captain Cook change the world?

Inspired by a book

Savin's voyage is reported to have been partly inspired by the trip taken by a French doctor, Alain Bombard, who crossed the Atlantic alone in an inflatable boat in 1952 with almost no water or food, living only on fish and plankton found on the way.

But Savin, who says he has read Bombard's book about the feat, the "Naufragé volontaire" ("Voluntary Castaway"), several times, said in November that he "would not have set off with him [Bombard] at the time" in view of the sparse provisions the doctor took with him.

The current voyage is not being carried out under the same spartan conditions, with the 3-meter-long barrel accommodating a 6 square-meter living space including a kitchen, sleeping bunk and storage. A porthole in the floor will enable Savin to observe fish as he travels. 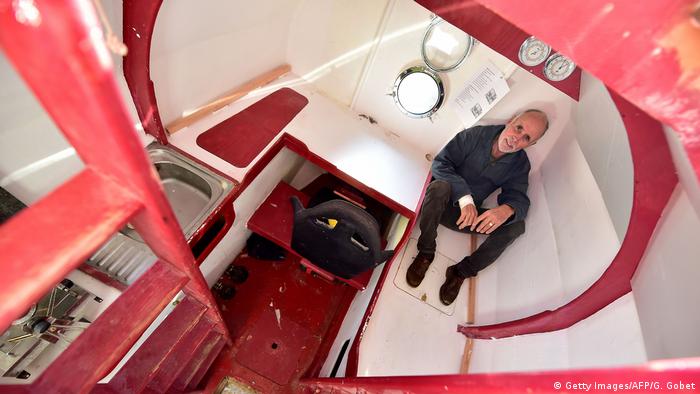 The interior of the barrel is equipped with the necessities of life, but little more

Savin has also taken on board foie gras and a bottle of Sauternes white wine for New Year's Eve, as well as a bottle of red Saint-Emilion to celebrate his 72nd birthday on January 14. Another bottle of wine, a Bordeaux, will be compared with one of the same kind kept on land to assess the effect of months spent at sea on the beverage.

The intrepid sailor, who in his lifetime has served in Africa as a military parachutist and also been a pilot and a national park ranger, will himself be studied with regard to the effects of solitude in close confinement.

The voyage, which has a budget of €60,000 (€68,000), is being partly financed by the cooperage company Boutes and crowdfunding.

An American explorer has become the first person to complete a solo and unassisted crossing of Antarctica. In a marathon final push, Colin O'Brady trekked 125 kilometers (77 miles) in 32 hours. (27.12.2018)