An American explorer has become the first person to complete a solo and unassisted crossing of Antarctica. In a marathon final push, Colin O'Brady trekked 125 kilometers (77 miles) in 32 hours. 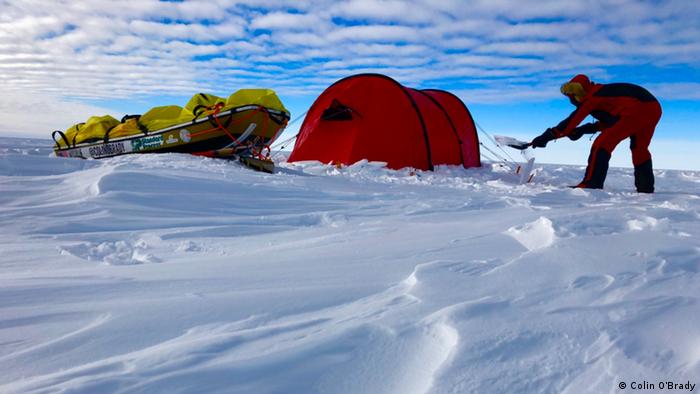 O'Brady and British Army Captain Louis Rudd, 49, departed separately on November 3 from Union Glacier on a race across Antarctica alone and unassisted. Rudd is still one or two days behind.

The two set off on cross-country skis dragging 180 kilogram (400 pound) sleds across the unforgiving landscape, which in 2016 claimed the life of Englishman Lieutenant Colonel Henry Worsley as he attempted a similar unassisted solo crossing of Antarctica. O'Brady had to carry all of the supplies he would need on the journey. "The reason it’s been said that this crossing is impossible is that in order to have enough food to make the crossing you have to start with a very heavy sled," he wrote on day four of the trek.

In 1997, Norwegian polar explorer Borge Ousland completed the first solo crossing of Antarctica but he was aided by kites.

O'Brady made a decision over breakfast on Christmas to make a final 125 kilometer push to arrive on Wednesday at a marker on the Ross Ice Shelf, where Antarctica's land mass ends and sea ice over the Pacific Ocean begins. It took him 32 hours without sleep. 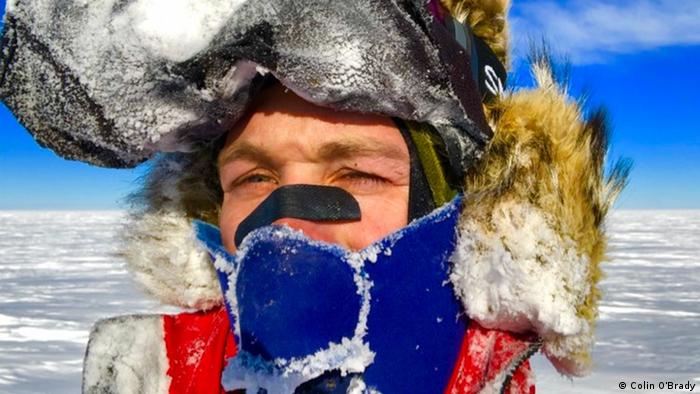 "While the last 32 hours were some of the most challenging hours of my life, they have quite honestly been some of the best moments I have ever experienced. I was locked in a deep flow state the entire time, equally focused on the end goal, while allowing my mind to recount the profound lessons of this journey," he wrote on Instagram, where he kept daily records of the adventure. 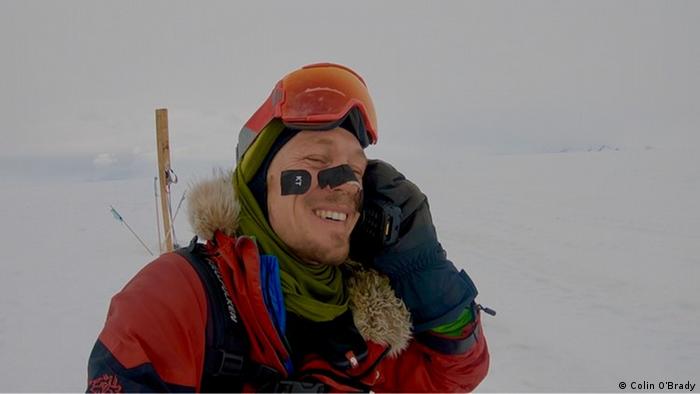 O'Brady making a phone call from the end of the continent, marked by a pole before the beginning of the Ross Ice Shelf

A 71-year-old Frenchman has begun a sea voyage from the Canary Islands in a bid to reach the Caribbean — in a barrel. But it's a barrel with a difference. (26.12.2018)

As nations gathered in Katowice, Poland for the COP24 climate conference, UN Secretary-General Antonio Guterres opened the event with a warning that the world is losing direction when it comes to climate change. (03.12.2018)

German scientists have harvested their first vegetables to be grown without earth or daylight in Antarctica. The greenhouse is a test run for growing plants in space and combating vegetable shortages in harsh climates. (05.04.2018)

The fragile grandeur of the Antarctic

Our planet's southernmost continent may be far from civilization — but that doesn't mean it's untouched. On a voyage to Antarctica, photojournalist Alexandre Meneghini captured the landscape's vulnerable beauty. (02.05.2018)

Nature's inspiration: Citizen science in the Gambia, preserving giraffes in Namibia and creating music from the natural world 21.04.2022

Where do nature and art meet? From the vast majesty of the Antarctic to the neat symmetry of a beehive, environmentally-minded artists find inspiration in the sounds of the natural world. And from the Gambia to Namibia, outreach programs show the importance of citizens and scientists working together to conserve some of Africa's most iconic plants and animals.