Three months after police cracked an online pedophile ring in southwestern Germany, the first suspect is facing court. Police in Freiburg said it was one of the most serious child abuse cases they've ever investigated. 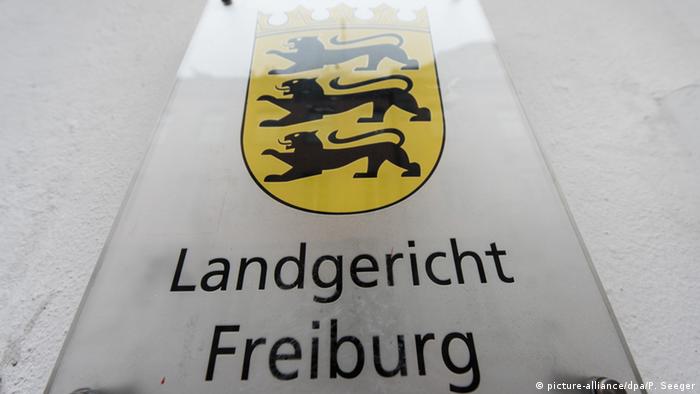 A 41-year-old man went on trial in the German city of Freiburg Thursday, accused of rape and serious child sexual abuse.

He is one of eight suspected members of an online pedophile network that allegedly abused a 9-year-old boy.

Police say the boy — now in state custody — was repeatedly abused for years by a number of perpetrators in and around Freiburg.

"This matter is the most serious case of sexual abuse of children ever investigated by Baden-Württemberg state police," police said when they announced the arrests in mid-January.

The other seven defendants are all in custody. They include the 47-year-old mother of the victim, accused of offering her son over the internet and letting men rape him in exchange for payment. The woman and her 39-year-old partner — who has a previous child abuse conviction — are also accused of abusing the child themselves. Their trial is set to begin on June 11.

Authorities were made aware of the pedophile ring in September 2017 through an anonymous tipoff.

Judge Stefan Bürgelin said the defendant is planning to plead guilty, having confessed to the crime to a court psychiatrist.

The prosecutor's office said it was seeking a long prison sentence. A verdict is expected to be announced next week.

Chance of healing: therapies for victims of sexual abuse

Police have arrested 38 suspects in several countries in Europe and Latin America after breaking up an online pedophile ring. The arrests included 17 in Spain, six in Colombia, four in Italy and two in Germany. (18.04.2017)