Frankfurt wants to cover 100 percent of its energy supply with renewables by 2050. The city is already setting an example with energy-efficient building but its international airport could torpedo its goals. 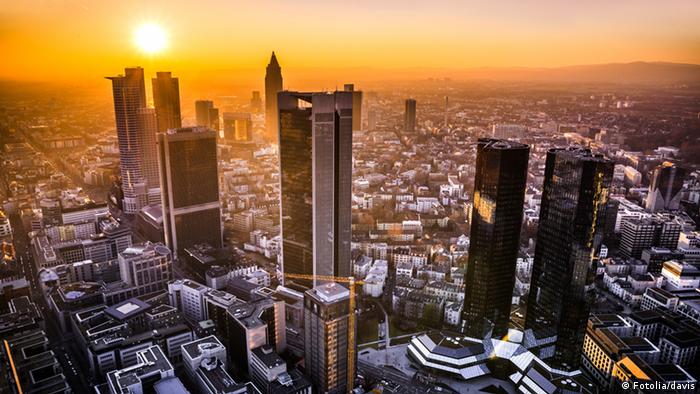 Just in time for the United Nations climate summit in Marrakesh last week, Germany released its Climate Action Plan 2050, setting out measures to meet its Paris Agreement commitments, reduce greenhouse gas emissions by 80 to 95 percent and cover almost all its energy needs with renewables by mid century.

With cities carrying much of the responsibility for carbon emissions, many are setting their own goals. Frankfurt is one of them. A city of banks, skyscrapers, the stock exchange - and a major international airport - Germany's financial capital might not spring to mind as a center of environmental action.

Yet, it has been working to reduce its carbon footprint for some years now. Many of its buildings already meet high energy efficiency standards and its citizens, schools and businesses are all being encouraged to save energy.

In 2013, Frankfurt firmed up its low-carbon vision, with its "Masterplan 100% Climate Protection" developed with the participation of citizens and energy institutions. It sets out the city's plan to cut its energy use in half by 2050, sourcing the energy it does use entirely from renewables. 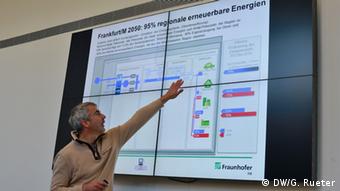 "The calculations show that this possible," says Paul Fay of Frankfurt's Municipal Energy Agency. Under the plan, 50 percent of the city's renewable energy is to be produced in the city itself, mainly from rooftop solar installations, and waste. "The other 50 percent is to be imported from the surrounding area."

Fay told Deutsche Welle the city is to achieve its goal with a bundle of small measures that work together. "We advise big and small businesses, homeowners, tenants and institutions. We show them how to save energy, money and CO2, and where the use of renewable energy is important."

The agency has developed extensive knowledge over the years. A web portal, databank and consultants help get concrete campaigns and initiatives off the ground. And the city subsidizes LED lighting and energy efficient appliances for homes and businesses.

Schools are encouraged to get staff and pupils involved in energy efficiency efforts, and get back half the money they save on energy costs. Last year, 100 schools saved nearly half a million euros between them in this way. Some of that has gone to funding school trips, so kids are rewarded for doing their bit to help the city go green. 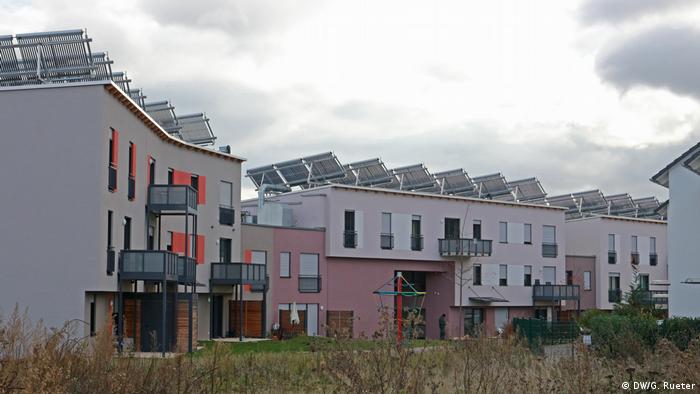 Where Frankfurt really stands out as a pioneer is in energy efficient building. Thanks to financial support from the city, close to 2 percent of its buildings meet rigid "passive house" standards, which drastically reduce a building's energy consumption.

ABG Frankfurt Holding, the city's municipal housing association, began to adopt the passive house standard for some of its building and renovation projects 16 years ago, according to director Frank Junker.

"We have to act to protect the climate and reduce energy costs for tenants," he says. Over 2,500 of ABG's 51,000 homes already meet the passive house standard, and by 2021 the association plans to increase that figure by a further 6,000.

Since 2007, schools, kindergartens and other public buildings have also been built and renovated to passive house standards, and the city is currently building the world's first "passive hospital." 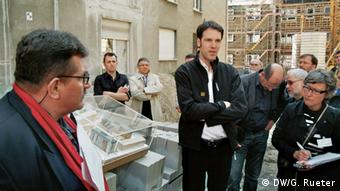 Regional energy supplier Mainova is also playing an important role in the city's energy transition. It supplies around 10 percent of Frankfurt buildings with energy-efficient district heating, which makes use of heat generated as a by-product of electricity generation - much of it from biogas, wood and waste.

And saving energy goes beyond the energy sector itself. The Frankfurt Climate Savings Book is a guide that gives citizens energy savings tips for other areas of life too, for example recommending they buy locally produced organic produce where possible.

The guide also tackles transport, encouraging citizens to leave their cars at home and travel by bike or public transport - and to forgo air travel where possible.

But even if citizens make the choice not to jet off for their summer vacation, air travel represents a major sticking point for Frankfurt's bold climate ambitions. The city's airport is responsible for around four times the greenhouse gas emissions from the rest of the city put together - and there are no reductions on the horizon. 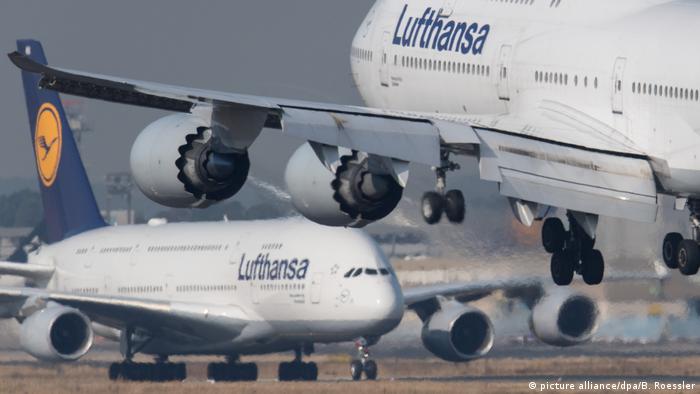 "The airlines, and we as operators of the airport, are counting on growth," says Jörg Machacek, press officer for Fraport AG Frankfurt. He's not in favor of one proposal that would display climate warnings on airline tickets, in much the same way that cigarette packs warn against the dangers of smoking.

A paucity of will?

"It haunts us," she says. "Everything else is just window dressing." Heilig would like to see a range measures put in place to reduce Frankfurt's air traffic. But she admits there is little political will for this.

Germany's national plan to cut carbon emissions has come under heavy criticism from environmental groups, who say compromises to appease industry and the country's economy ministry have left the propoal wholly inadequate to meet its goals.

In Frankfurt too, it remains to be seen if the gap between ambition and action can be bridged.