The London and Toronto stock markets made waves in the financial world Wednesday when they announced their trans-Atlantic merger. However, they were quickly outdone by Deutsche Börse and NYSE Euronext's proposed fusion. 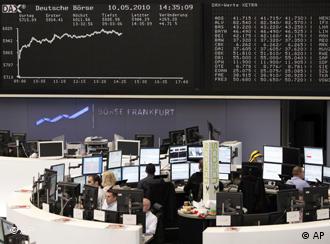 Deutsche Börse may finally succeed in securing a merger

Investors were left with bated breath Wednesday after Deutsche Börse and NYSE Euronext said they were in "advanced discussions" to merge into the world's biggest stock exchange operater by revenues and profits.

"This transaction creates a group that is both a world leader in derivatives and risk management and the premier global venue for capital raising," the firms said in a joint statement.

"The global capital markets would benefit from the creation of the most efficient, transparent and well-regulated markets for issuers and clients around the world."

The revelation from Germany's stock exchange and its prospective partner came hot on the heels of an announcement from the London and Toronto stock exchanges that they would merge. The fusion is expected to create one of the world's largest trading platforms, which will dominate the raw materials and energy sectors. 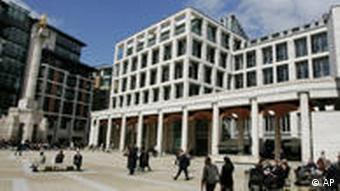 A marriage of great means

Shares in NYSE Euronext - the child of a 1997 fusion between the New York Stock Exchange and Euronext - rocketed by close to 20 percent at the news. Shares in Deutsche Börse were suspended in advance of the announcement.

Based on last Friday's prices, Deutsche Börse's market value is 11.3 billion euros ($15.5 billion), and NYSE Euronext is worth some 6.7 billion euros.

Under the deal in discussion, Deutsche Börse's shareholders would own 59-60 percent of the new company, and NYSE Euronext holders would have 40-41 percent.

NYSE Euronext's equities markets, which include the New York, Paris, Brussels and Amsterdam stock exchanges, represent one third of world equities trading, the most liquidity of any global exchange group. Next to its Frankfurt stock exchange, Deutsche Börse runs the world's largest derivatives exchange, Eurex, which it owns together with the SIX Swiss Exchange.

The combined group would have dual headquarters in New York and Frankfurt. Deutsche Börse’s Reto Francioni would serve as chairman and be based in Frankfurt, while Duncan Niederauer from NYSE Euronext would lead in New York as chief executive.

Deutsche Börse had attempted to broach a merger with Euronext before but was rebuffed by the firm in favor of a fusion with NYSE. The German exchange has also made three unsuccessful attempts to buy the London Stock Exchange in the past. 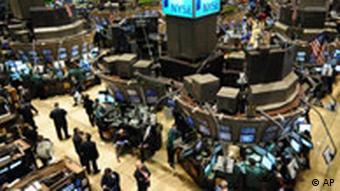 NYSE Euronext and Deutsche Börse - which trace their respective roots back to 1792 on New York's Wall Street and 1585 in Frankfurt - warned that they could give no assurances a deal would be reached or, even if it were, that a merger would go through.

Analysts cautioned meanwhile that such a merger could raise the attention of competition watchdogs given the scale involved.

Deutsche Börse is preparing to switch its Xetra trading platform to a hi-tech data center in Frankfurt to better accommodate the algorithmic traders who are changing the way shares are bought and sold. (17.01.2011)

The Frankfurt Stock Exchange has accelerated its plan to conduct all transactions electronically using the Xetra platform. Meanwhile, fears remain over the risks posed by computerized, high-frequency trading systems. (29.11.2010)

Germany is first in Europe for user-friendly exchange-traded funds

Exchange-traded funds allow investors to spread risk across a stock index instead of relying on fund managers to pick winners. They were launched in Europe 10 years ago and have become increasingly popular in Germany. (17.05.2010)