A new exhibition at a national museum in Bonn takes on the myth of Napoleon with a critical and multifaceted approach, revealing the complexity of Napoleon and his time. 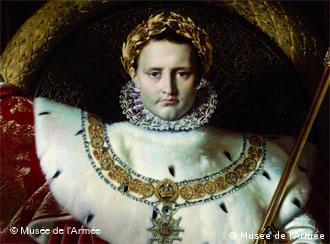 One of the many faces of the emperor: Napoleon in his coronation garment

A world of opinions exists about Napoleon and his time, and that has always been the case. In 1806, Hegel described him as an iconic "world-soul," and even his enemies could not quite shake off the fascination for the emperor who at first seemed to be invincible.

But poets and artists of his time also portrayed Napoleon as a heartless warmonger, a ridiculous caricature, and even as Satan's eldest son. 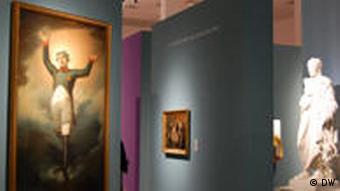 The show examines the emperor from various angles

In "Napoleon and Europe, Dream and Trauma" the Art and Exhibition Hall of the Federal Republic of Germany takes on Napoleon in the context of his time. The exhibition gives visitors with a critical and multifaceted look at a challenging topic.

The historic exhibition was done in cooperation with the Musee de l'Armee in Paris, where it will be shown in the spring of 2012. It will be the first comprehensive exhibition about Napoleon in France for over 40 years.

"Up to now In France, it's been quite impossible to have a reasonable point of view about Napoleon," Robert Bresse, director of the Musee de l'Armee, told Deutsche Welle. "So, it's really important to have an exhibition in Paris that was built outside of France."

As one of the exhibition's 12 chapters illuminates, Napoleon was a master of image cultivation and propaganda through artworks such as busts and paintings. And Napoleon's image continues to be influenced by propaganda, the exhibit's curator says. 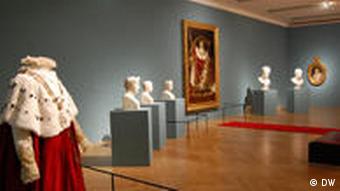 "Part of the exhibition is the coronation mantle Marlon Brando wore when he played Napoleon, revealing how much the official iconography of Napoleon's time has been passed on by film history and our popular culture," said Benedicte Savoy, curator of the exhibition.

And, of course, there were Napoleon's wars. His ambitious plans to unify Europe under his command resulted in strategic triumphs, such as the Battle of the Three Emperors in 1805. But they also led to his disastrous defeat and eventual downfall after the Battle of Waterloo in 1815.

A generation of veterans

Other exhibitions have dealt thoroughly with the millions of victims who were killed in the Napoleonic wars. But 'Napoleon and Europe' takes a closer look at the survivors. 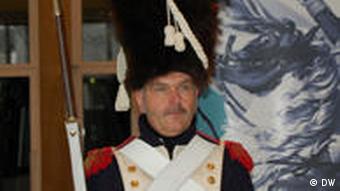 A living example of Napoleon's soldiers at the museum in Bonn

"Nobody thinks of those who were wounded," Angelica Francke, director of the exhibition, told Deutsche Welle. "But those people, the veterans, were present in the streets for decades after Napoleon was exiled. So we dedicate a part of the exhibition to them."

Napoleon's influence remains a part of Europe up to the present day. The exhibit shows how he implemented new standards like the metric system, connected European cities through a system of roads and telegraph lines, and, of course, introduced the Napoleonic Code, the civil rights opus still applied in France.

But Napoleon's impact on the face of Europe was dark as well. One part of the exhibit focuses one the theft of artworks from archives and museums of the conquered regions. 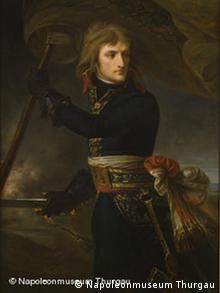 However, even this systematic theft has more than one side to it, according to Erich Pelzer, a historian at the University of Mannheim.

"Many artworks that couldn't be stored in the Louvre were redistributed to other European cities, helping a new 'Europe of Culture' to emerge. In fact, the theft of archives reflects a core phenomenon of Napoleon: He creates something new without changing the actual substance," Pelzer said.

Napoleon's impact on Europe remains as controversial as Napoleon himself. And by taking a pan-European approach to its subject, the exhibition "Napoleon and Europe" offers a variety of new insights.

"Napoleon and Europe. Dream and Trauma" is on show at the Art and Exhibition Hall of the Federal Republic of Germany until April 25, 2011. It will then move on to Les Invalides in Paris, which is also the location of Napoleon's tomb.

The Hidden Treasures of Afghanistan in Bonn

In Bonn, a unique exhibition has opened its gates. Until October 3, artifacts from the Afghan National Museum in Kabul are on display. Preserving them during the civil war has not been an easy task. (10.06.2010)

As Egypt and Germany squabble over a 3,500-year-old bust of Queen Nefertiti in a Berlin museum, Egypt's antiquities chief told Deutsche Welle the treasure was taken unethically and Cairo would push for its return. (22.12.2009)

Exhibitions at the German Bundeskunsthalle in Bonn