As Egypt and Germany squabble over a 3,500-year-old bust of Queen Nefertiti in a Berlin museum, Egypt's antiquities chief told Deutsche Welle the treasure was taken unethically and Cairo would push for its return. 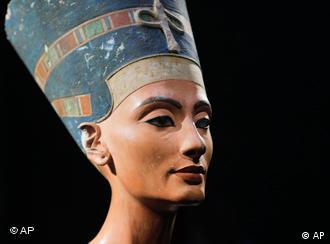 The bust has sparked a rift between Cairo and Berlin

In an interview with Deutsche Welle, Zahi Hawass, who heads the Supreme Council of Antiquities, said Egypt would continue to press demands for the return of the artifact.

Hawass referred to documents presented by the head of Berlin's Neues Museum, where the bust is displayed. He said the papers confirmed that German archaeologist Ludwig Borchardt, who found the bust, tried to pass it off as a less significant discovery to secure it for Berlin.

"Borchardt registered this antique under the claim that it represented an Egyptian princess in plaster. But this bust of Nefertiti is the statue or the head of an Egyptian queen made of plaster-covered limestone," Hawass told Deutsche Welle. 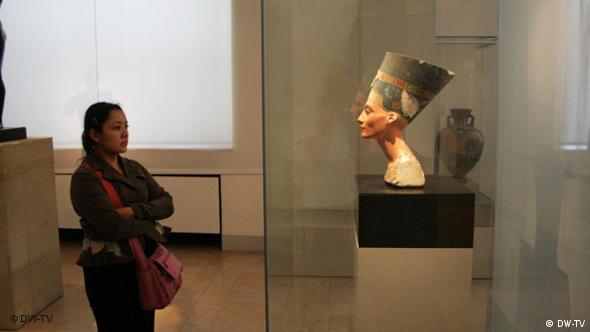 The Egyptian official said at the time, Egpyt and the then-Prussian Empire had an agreement saying that relics made of plaster could go to the Germans, whereas other antiquities would go to the Egyptians, Hawass said.

"Consequently, there has been fraud, and the bust of Nefertiti was removed from the country in an unethical manner," Hawass said. "That's why it's our right as Egyptians to renew demands for the return of the bust to Egypt."

His comments came after a meeting in Cairo on Sunday between Hawass and Friedrike Seyfried, director of the Egyptian Museum and Papyrus Collection at the Neues Museum in the German capital.

Seyfried has rebuffed Hawass' claims, saying that the Berlin museum has documentation proving that the relic was appropriately obtained.

"The German position is clear and unequivocal," she said. "The acquisition of the bust by the Prussian state was lawful."

But Hawass contends that the documents provided by the Berlin museum merely back up his case that the statue was intentionally misidentified and then sneaked out of the country.

On Tuesday, German authorities also ruled out temporarily lending the bust to Egypt, saying the statue was too fragile for transport.

"An assessment in 2007 of the condition of the bust ruled out any transport or renting," the Prussian Cultural Heritage Foundation, which runs the museum, said in a statement.

Nefertiti, one of history's most beautiful women, has long caused a rift between Egypt and Germany. The artifact draws millions of visitors from around the world.

The bust was discovered in 1912 at Tell el-Amarna, the short-lived capital of Nefertiti's husband, the 18th dynasty Pharaoh Akhenaten. It was shipped to Germany in 1913.

Egypt first requested the statue's return in 1930 but successive German governments have refused.

Campaign for return of treasures 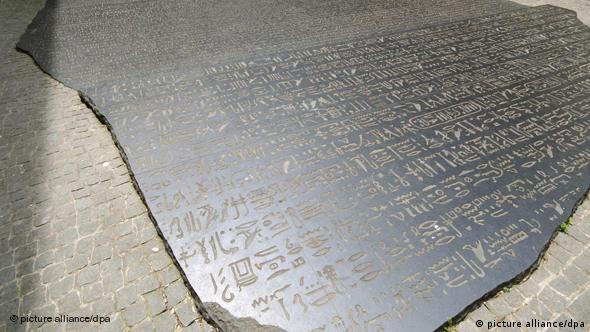 The Rosetta Stone, which has inscriptions in hieroglyphic, demotic and Greek, has been at the British Museum since 1802

Egypt's latest push to repatriate the Nefertitit bust comes weeks after French President Nicolas Sarkozy returned Pharaonic frescoes from the Louvre to Egypt. The paintings had been stolen from an excavation in 1975.

Cairo also reportedly plans to ask London for the Rosetta Stone, now in the British Museum. The ancient stone was the key to deciphering hieroglyphs on the tombs of Egyptian pharaohs.

A document unearthed recently indicates German archaeologists may have duped Egyptian customs officers into letting them smuggle the bust of Nefertiti to Berlin nearly a century ago. German officials reject the claim. (11.02.2009)