Germany has hosted hundreds of exhibitions on the Holocaust and Nazism, but Hitler himself is seldom the focus. A new exhibition examines the Third Reich dictator and his relationship to the populace that supported him. 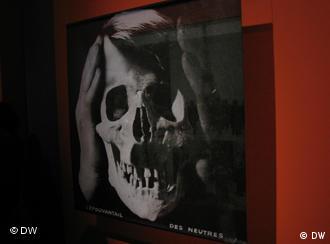 The exhibition looks at representations of Hitler from past to present

Billboards with eye-catching images are among museums' favorite advertising strategies, but when it comes to a major exhibition on Hitler in the German capital, the posters are heavy on text and contain no pictures of the Third Reich's dictator.

Nonetheless, the German Historical Museum is breaking new ground with its "Hitler and the Germans - Nation and Crime," which opens Friday. The exhibition is the first to focus specifically on the relationship between Hitler and the German people during the Nazi period, and it breaks with convention in Germany by putting Hitler at the center.

The exhibition examines the many representations of the Nazi leader, from 1930s propaganda posters to recent films that mocked the "Fuehrer." "Hitler and the Germans" also includes images and historical objects that demonstrate "the long shadows of Hitler's oppression that extend to the present day" and the broad social acceptance he found, according to the museum's website.

"Just showing images of Hitler doesn't make any sense," said historian and exhibition curator Hans-Ulrich Thamer. "Hitler only became what he was in light of the wide-ranging support he received from many parts of society." 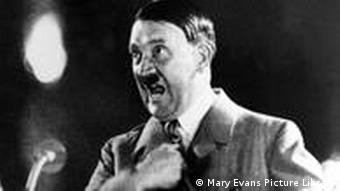 Thamer explained that Germany deals differently with Hitler today than in years past, noting an increase in the ways that the dictator is treated with irony or triviality. Those changes correlate with generational shifts, he said.

"The generation that actually experienced National Socialism is now no longer represented so strongly. Generations that didn't experience it directly relate to the issue in different ways," said Thamer.

But those shifts in attitude didn't make the museum's task simple. Great care was taken to ensure that the exhibition in no way crosses over into veneration, said the exhibition curator and museum leadership. That meant refusing to display a number of objects, including Hitler's uniforms and other possessions, that don't relate explicitly to the relationship between the dictator and the German people under National Socialism.

"We intend for the exhibition to avoid creating the impression of fascination with Hitler, and including personal relicts of his opens up that danger," said museum curator Simone Erpel in an interview with the dapd news agency.

'Fear of their own courage'

The focus on the dictator that sets "Hitler and the Germans" apart from the countless exhibitions Germany has hosted on the Holocaust and the Nazi era is also what's drawing attention in the national press.

The Spiegel magazine and news portal described the "considerable fear" the German Historical Museum has evinced in its preparations for the event - "fear of their own courage," it added. 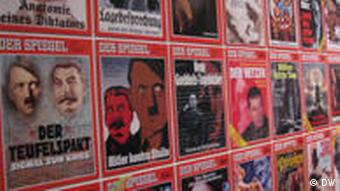 The daily newspaper Die Welt, on the other hand, pointed to a more prosaic explanation for the museum's decision not to include images of the dictator in advertisements for the event. In 1994, the Berlin museum had planned an exhibition on photos taken by Hitler's official photographer Christoph Stoelzl, which it later had to cancel due to concerns raised over showing placards around the city which bore images of Hitler.

This time around, the museum's marketing team has taken note of that risk.

The exhibition "Hitler and the Germans" runs from October 15, 2010 to February 6, 2011 at the German Historical Museum.

Munich has opened a new digital monument to the victims of National Socialism. Its creator, Michaela Melian, wanted to forge a memorial that would draw the attention of young people and pervade the city. (12.10.2010)

Social network platforms in Germany have launched a week-long campaign to battle right-wing extremism on the internet. Facebook has been criticized for not taking part. (11.10.2010)