Munich has opened a new digital monument to the victims of National Socialism. Its creator, Michaela Melian, wanted to forge a memorial that would draw the attention of young people and pervade the city. 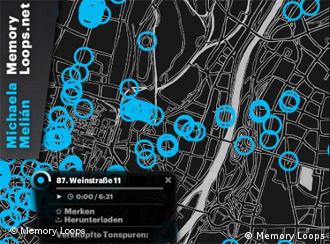 What are memorials, and is it important that they occupy public space? Certainly they're a call to remembrance and reflection, but does a "digital memorial" leave out something important by letting people choose when they observe it?

In Munich, an audio map titled Memory Loops by artist and musician Michaela Melian has raised questions like these. The project is a digital memorial to the victims of National Socialism in the Bavarian capital. It draws on archival and audio footage relating to the Holocaust and can be accessed online in both German and English.

Melian's project arose from a juried competition in Munich seeking new forms of remembrance for Nazi victims. The event was meant to address a city monument that had become obscure due to increasing car traffic nearby.

But the idea also had detractors, including Munich's mayor, Christian Ude. He reacted to Melian's proposal in 2008 by wondering whether "its means can be used to achieve an appropriate memorial."

Two years later, the project has been opened and is accessible online as of late September 2010 (see the link to Memory Loops below). 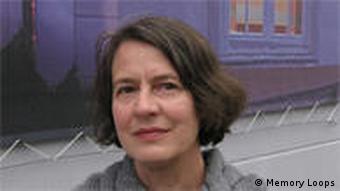 Melian drew from newspapers and Holocaust archives and conducted interviews personally to accumulate the material for the project. Then she sought out actors - especially children and other young voices - to speak and record the accounts she found.

"I really wanted the files to sound like young people," explained Melian. "Many victims were young when they left the camps or returned from Russia."

The stories reflect their daily struggles and the Nazi regime's gradual expansion of control over their lives. One victim's account is tagged to the address Sonnenstrasse 116, just beyond the city center: "Once, there was an air raid warning as I was out in town and wearing the star. I wanted to go down into a shelter nearby, but they didn't let the Jew boy in. The old botanical garden is a stone's throw away. I hid under a shrub and cried - bombs were falling left and right."

The short audio files are linked to a map indicating where each scene actually occurred. Michaela Melian composed the music that accompanies many of their statements, taking inspiration from Jewish musicians and composers who collided with Nazi ideology during that period.

"Karl Amadeus Hartmann was forbidden from working back then, Coco Schumann was prevented from performing, and Mendelssohn-Bartholdy could only be performed by Jewish musicians for Jewish audiences," said Melian.

"Those are facets of the story that I wanted to include in the audio files in a subliminal way."

At the Memory Loops homepage, visitors can click on 175 blue circles in the English version - and 300 in the German edition - to hear the stories. 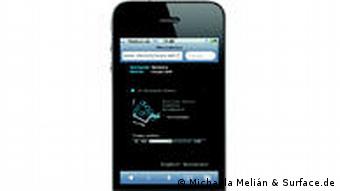 The project is also being supported by broadcaster Bayerischer Rundfunk and will be presented as a series of radio programs.

Some Munich museums are lending their support as well by making mp3 players available with which people can tour the city and hear the stories as they go. A similar version in English can be downloaded and installed on smart phones.

Memory Loops is, then, a kind of monument that is spread out across the city.

"I wanted to use the media that occupy nearly all of young people's free time as well as their working lives: the Internet and cell phones. These days, many young people spend more time on the Internet than at any social or public places," Melian said.

Munich was a center of activity for the Nazi party. That's why the city is particularly revealing for those who want to understand the forms of persecution to which Nazi victims were subjected and what their lives were like.

"In 1935, we had to leave the apartment and moved to a cheap and dark ground-floor apartment on Trogerstrasse [Troger Street]. It was very close to where Hitler lived. Coming home from church once, we saw him in an open Mercedes. My father said to us, 'A little bomb would be just the thing here,'" recalls one voice in the Memory Loops project.

It continues, "We lived extremely modestly. The other boys at school had it pretty good at home - suddenly, their families had jobs and work, and of course their children were all in the Hitler Youth. I had to keep quiet about how things were at home with me."

Social network platforms in Germany have launched a week-long campaign to battle right-wing extremism on the internet. Facebook has been criticized for not taking part. (11.10.2010)