France′s candidates and their economic policies | Business | Economy and finance news from a German perspective | DW | 24.04.2017

France's candidates and their economic policies 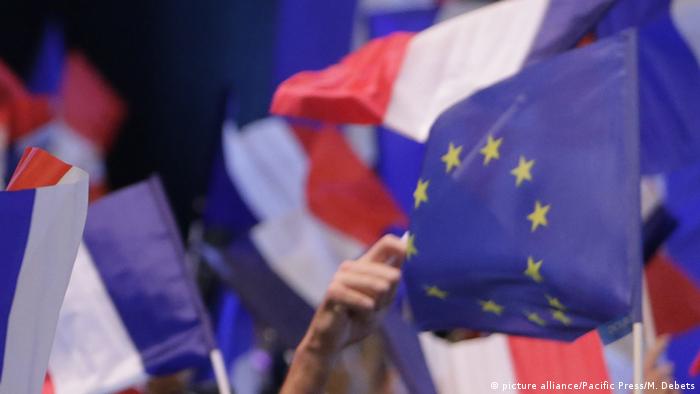 The promise to do something about the high unemployment rate is part of every election campaign in France. Many politicians have already failed, most recently the current president Francois Hollande. He said in 2012 that he wanted to be measured against unemployment and promised around one million new jobs. But nothing has changed - still more than 3.5 million are out of work.

A decade ago, Germany had a higher unemployment rate than France. The quota has steady fallen since then and now stands at 4.1 percent, according to standard EU calculations. In France, that figure stands at 10.1 percent. Presidential candidates Emmanuel Macron and Marie Le Pen want to change that. 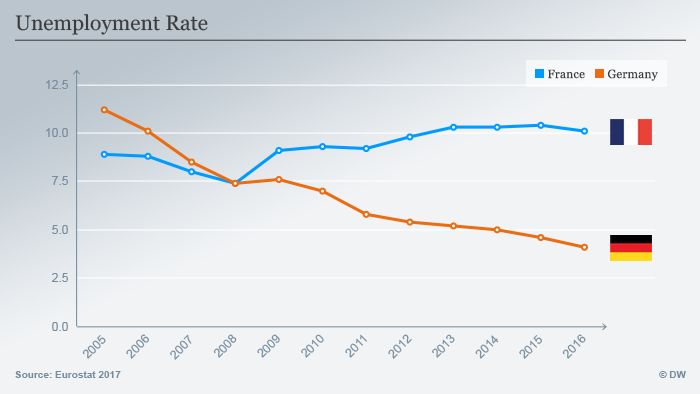 High unemployment is connected to high costs. Almost a third of France's overall economic output per year is used for social benefits; in Germany that number is just a quarter. At the same time, the state in France plays a greater role in the country's economic condition: the ratio of public spending, which is the share of government expenditure in total economic output, is 56 percent.

In France, one in five employees works in the public sector. Politicians who want to make a difference are quickly becoming unpopular. Trade unions have a great influence in public service - and do not shy away from strikes.

Should he become president, Macron wants to reduce 120,000 official positions within five years. He also plans a reform of unemployment and pension insurance. Le Pen, on the other hand, wants to impose an additional tax on foreigners who are working in France.

The labor costs in Germany were reduced by the "Agenda 2010" reform program. Since then the unemployment rate has dropped, but the number of conditions for employment has increased. Neither Macron nor Le Pen have yet spoken out for-or-against this way. 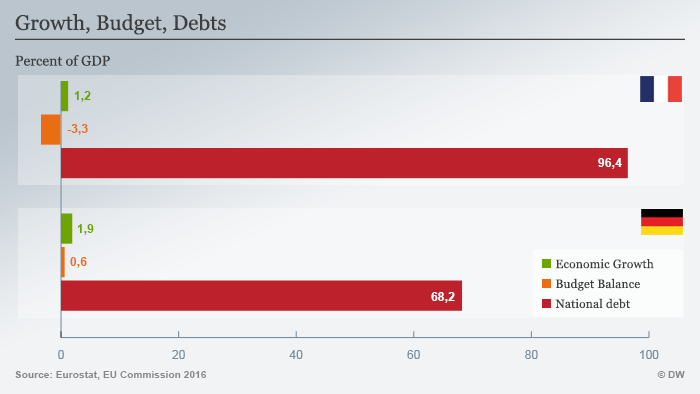 The high rate of public spending in France is considered by many economists as a reason for a lack of dynamism in the economy. In addition, the country has lost its competitiveness - France's share of world trade has halved in the past 25 years.

Within Europe, France and Germany are the most important trading partners. But France is buying far more from Germany than vice versa. The French trade deficit with its neighbor last year amounted to 36 billion euros ($41.3 million).

French politicians are among the strongest critics of the German export surpluses, and Macron criticized them as "unsustainable" in the election campaign. In principle, however, Macron is committed to free trade.

On the other hand, Le Pen stands for protectionism. In general, it wants imports to be credited with a "social contribution" of an additional three percent. Similarly to US President Donald Trump, she also plans a tax on companies that have moved their production abroad from France. Their imports are expected to be up to 35 percent more expensive.

In Europe, the economy is slow, and France is no exception. Between 2005 and 2015, the gross domestic product grew by an average of 0.9 percent annually. In Germany it was 1.4 percent.

In the case of national budget, the problems are becoming clearer: France will not succeed in keeping the deficit below the euro area limit of three per cent of the economic output this year. In addition, the total government debt is 96 percent, which is almost equivalent to the economic performance of a whole year. 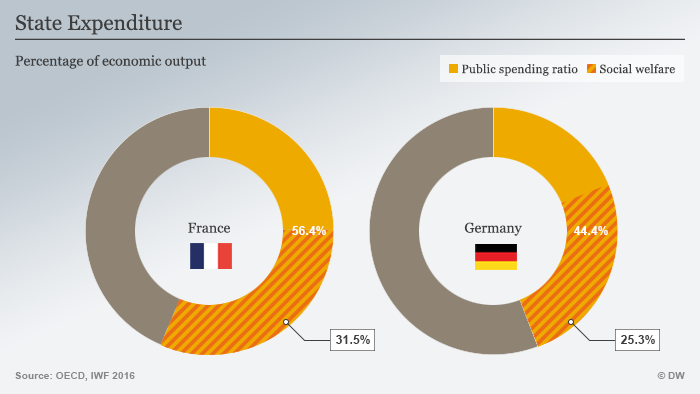 Macron wants to reduce the government expenditure within its term of office by 75 billion euros. At the same time, he announced an investment program of 50 billion euros. Le Pen, on the other hand, did not formulate targets for stripping back. Its announcement that French national debt, two-thirds of which lie in foreign hands, remained "puzzling".

Though both candidates remain vague about their economic policies, the debt could increase both under Macron and Le Pen. More debt, however, would exacerbate the conflicts with the Stability Guards in Brussels.

So Le Pen wants France to leave the eurozone and to vote on staying in the European Union. From their point of view the country would thus regain its sovereignty from Brussels.

Meanwhile, Macron wants more Europe. In the election campaign he expressed his opinion on a European economic government and a common budget of the euro countries.